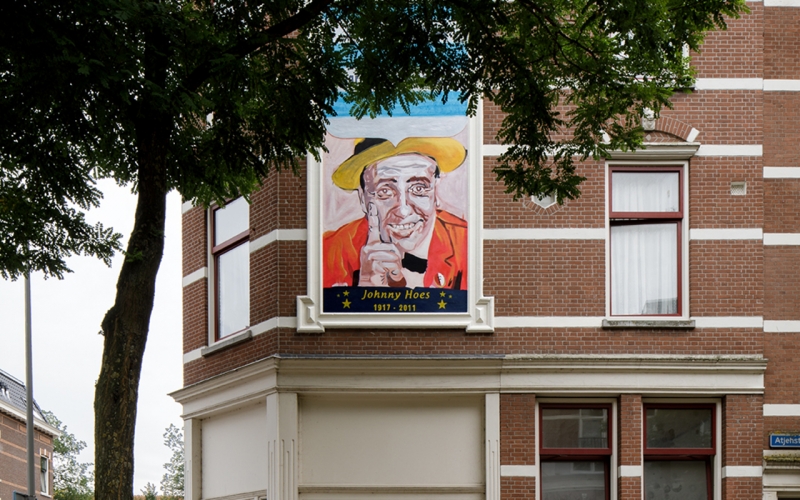 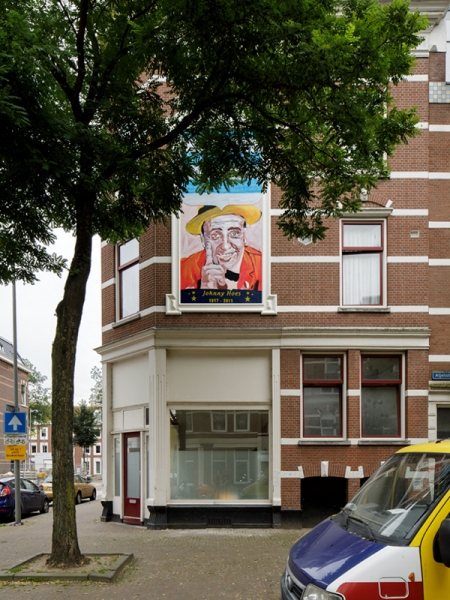 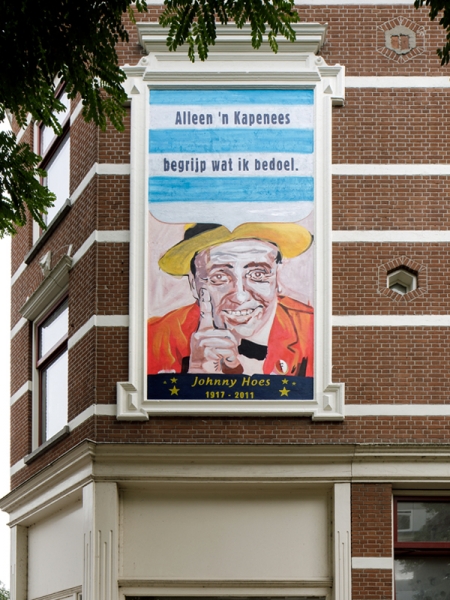 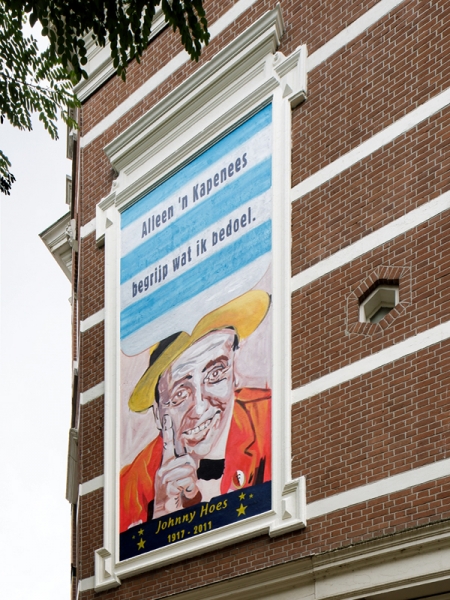 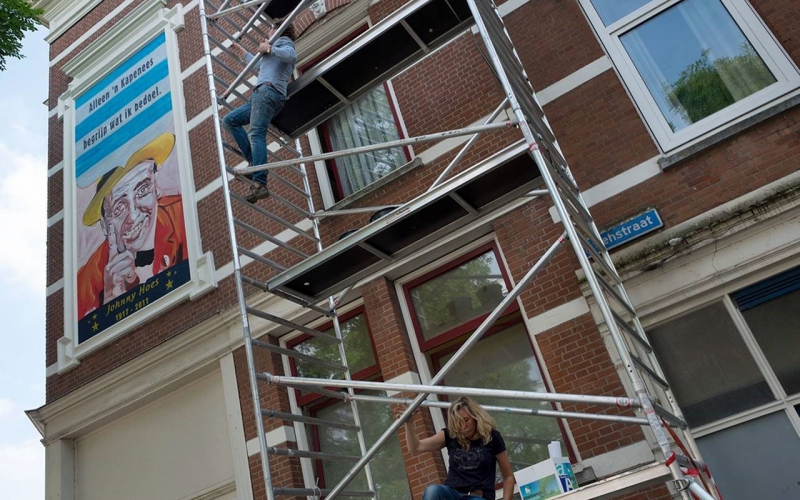 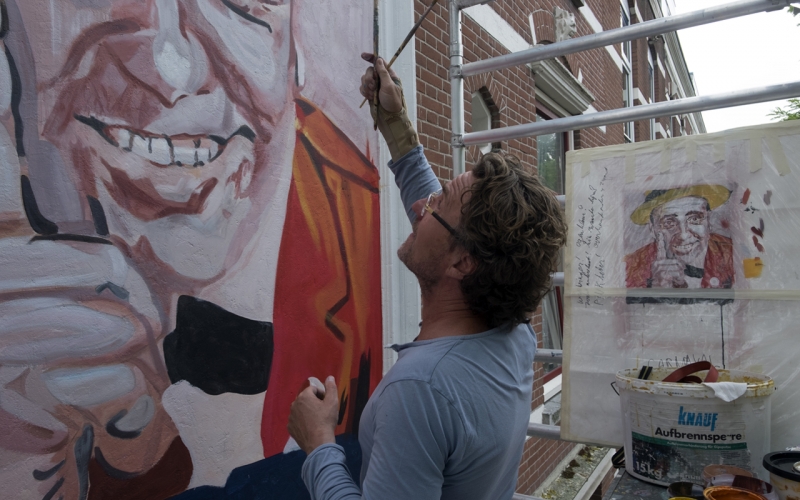 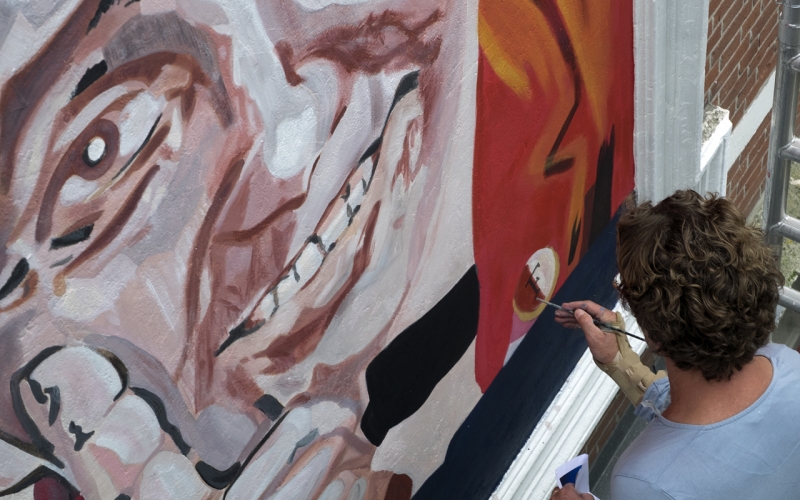 This tribute to Johnny Hoes is an initiative of the Rotterdam artist Ad Schouten and author Jan Oudenaarden. Smartlap emperor Johnny Hoes (1917-2011) was born in the Sumatraweg on Katendrecht. During the war he moved to Weert in Limburg. His musical career started after the war. Together with Jaap Valkhoff he arranged 'Hand in hand comrades', Feyenoord's song of life. With his record label Telstar, Hoes discovered talents such as Zangeres Zonder Naam and Doe Maar. Hoes never returned to Katendrecht, but he did pay tribute to his native soil in 1999 with an album on the occasion of the 800th anniversary of Katendrecht. The portrait of Johnny Hoes was still in the sketching phase when Schouten died on July 19, 2017. Oudenaarden and Willem Kerssemeijer of Atelier Leo Mineur finished the portrait on the basis of this sketch. Jan Oudenaarden took the text from the song 'Mijn Katendrecht' and adapted it to: Only a Kapenees understand what i mean. In the summer of 2017, this work and eight other ornamental frames, containing restored and new works of art in the Rotterdam district of Katendrecht, were completed. They have been realized in the project Cape color, a collaboration between Verhalenhuis Belvédère and BKOR.