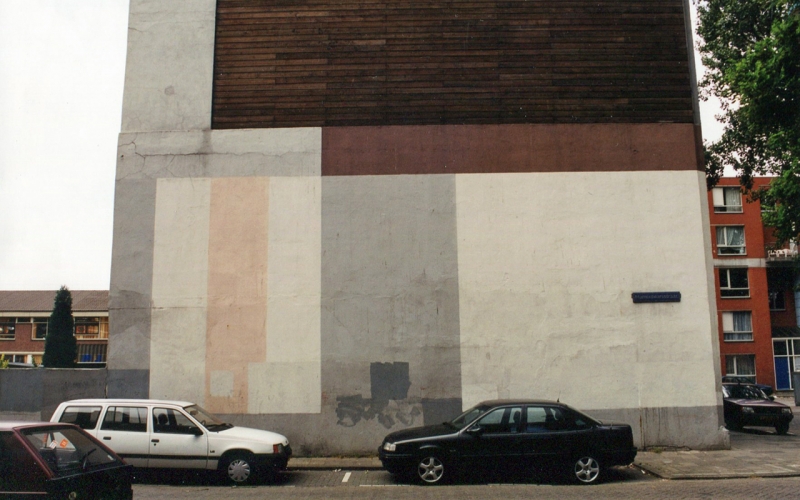 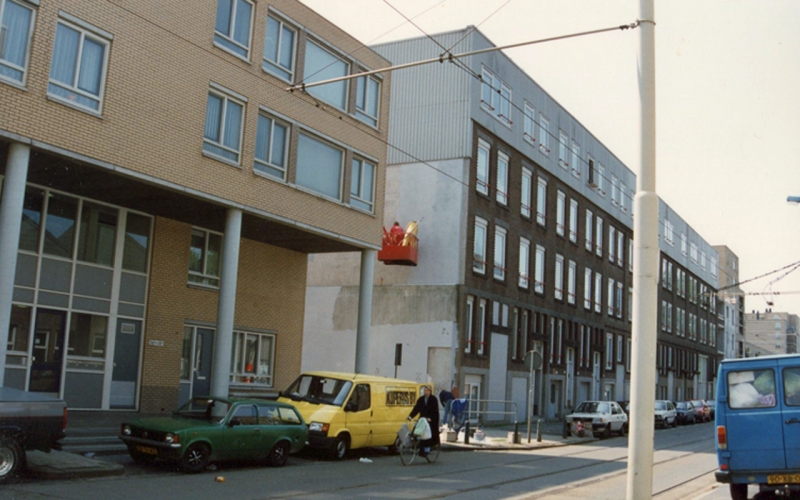 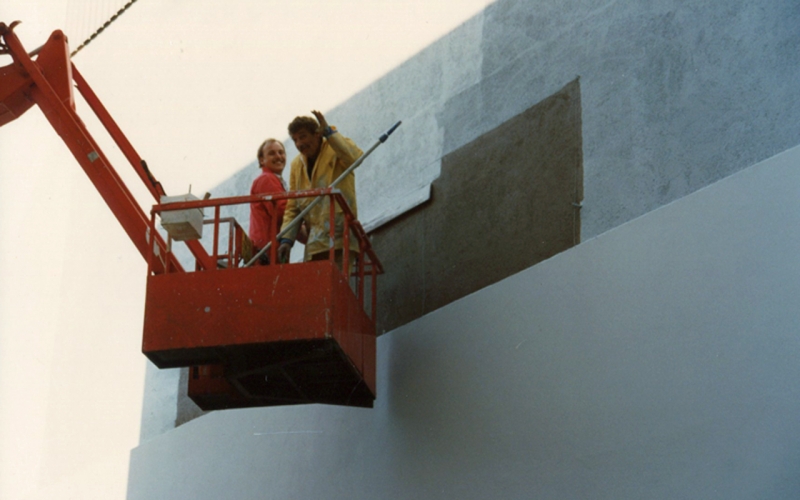 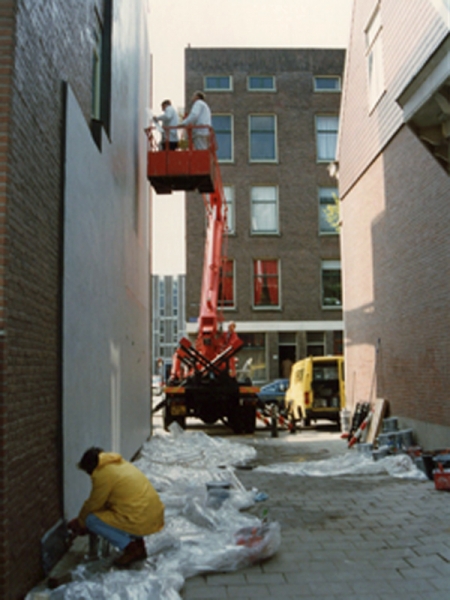 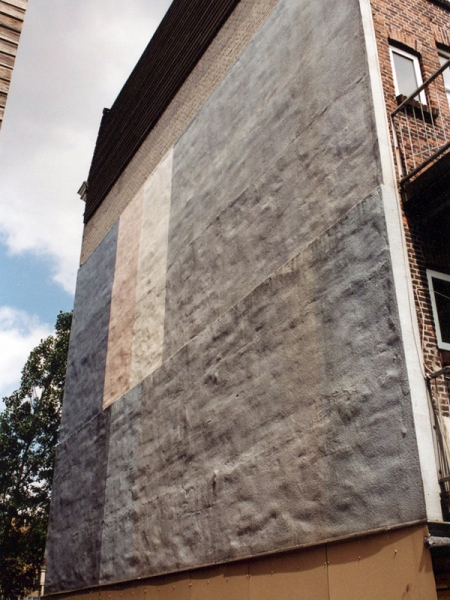 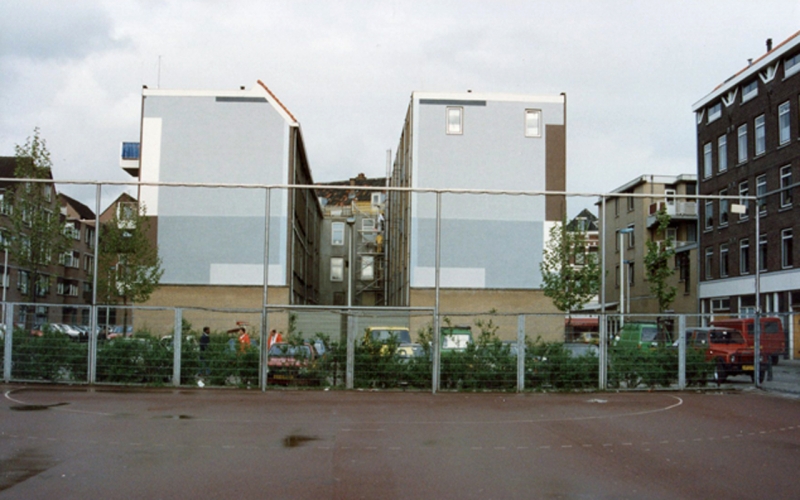 Work and upgrading processes have been going on in Crooswijk for years. Since the 70s, it has been demolished and signs of former buildings have remained. In the late 80s, the Urban Renewal project group approached CBK Rotterdam for an art commission to do something about the fragmented street scene. Visual artist Frans van Bommel was commissioned a little later Color project Crooswijk would be called. He painted large murals on blind front facades in pink, gray and brown tones. These end façades were the remains of demolished buildings or marked a passage. Because the block shapes and the use of color of the paintings referred to the surrounding architecture, Van Bommel introduced a new cohesion in the neighborhood. The paintings were of a temporary nature and have since been removed.

Visual artist Frans van Bommel (Rotterdam, 1939 - Heusden, 2007) became known for his 'social actions' in public space. He made large murals with local residents in order to brighten up disadvantaged neighborhoods. He made various paintings on the Amsterdam Nieuwmarkt and in the Dapperbuurt. In the early nineties he painted several walls in Crooswijk. Frans van Bommel was, together with artist Bob Bonies, one of the founders of the BBKA (Association of Visual Arts Workers). He has also held various board positions in professional organizations and was a member of the Amsterdam Art Council. In a newspaper article from 90, he claims to hate figurative murals or paintings with a message.