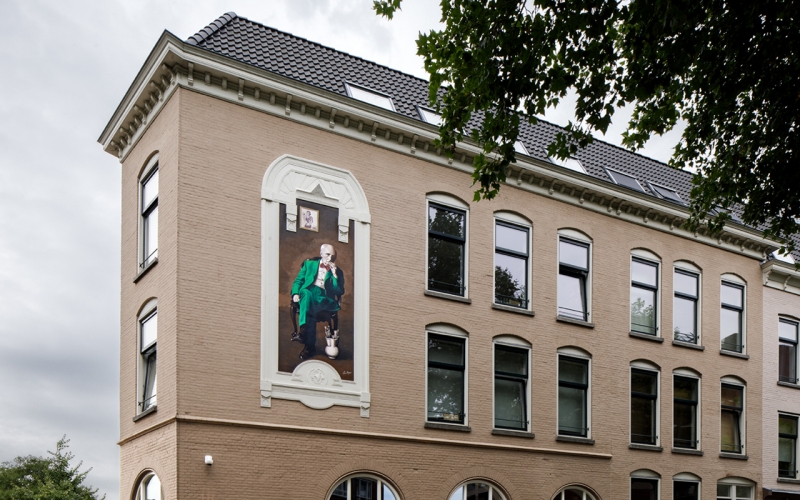 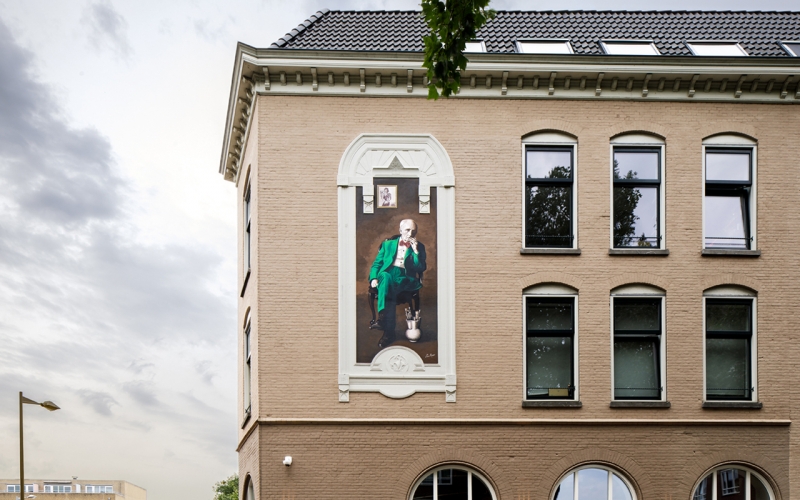 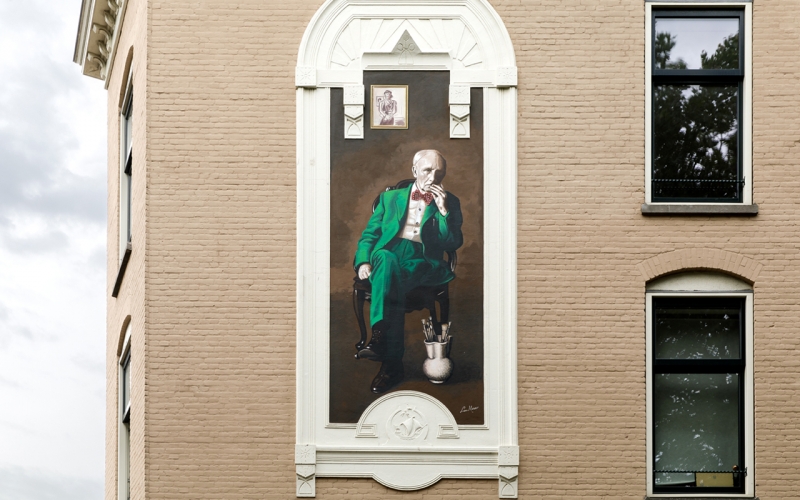 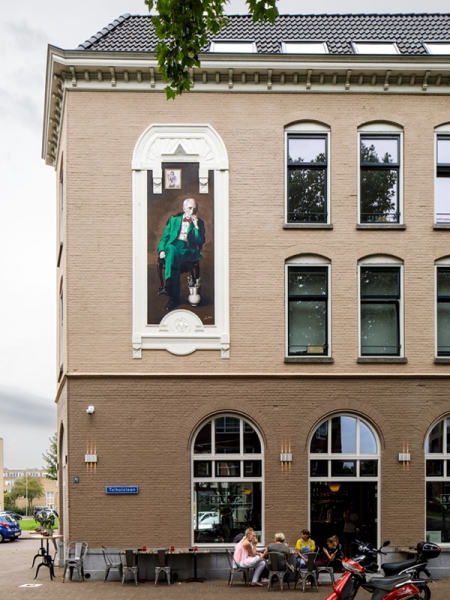 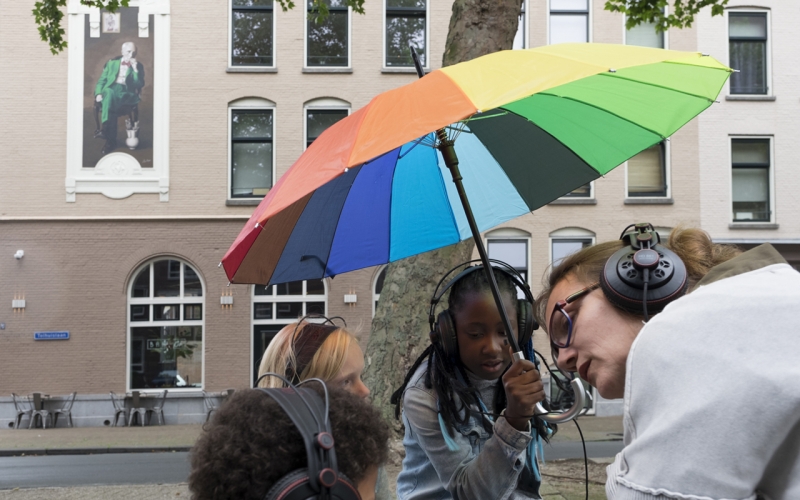 For this ornamental frame at Katendrecht, a portrait of Leo Mineur (1892-1976) has been developed as a mural. The portrait was painted by Willem Kerssemeijer, who took over the Atelier Leo Mineur together with his wife. Leo Mineur was officially not a visual artist, although he sometimes made a painting himself. He was good friends with artist Dolf Henkes, which gave status to his own artistry. The basis for this mural is a photo of him in his studio when he lived with his wife Lena in Katendrecht. Mineur was known as 'a great Rotterdam artist', with fashionable clothing and knowledge of Parisian artist life. He was especially fascinated by the French Impressionists. Mineur's career began in 1919 at Atelier Engelman, also an advertising and cinema painter, and developed a clever technique there. He asked the film operator a piece of film, celluloid, then projected it onto a large board and drew those contours on the background. In this way the paintings became much more realistic and he was able to give it just a bit more; especially making the women more seductive and the violence more grim. Not everyone thought that was a good idea and so it was that censors were added to approve the paintings. A development that is due to Minor. But that went too far for some customers. Tuschinski became so angry that Engelman fired Mineur who then started his own business. In 1924 Atelier Leo Mineur was born. The first years did not go well at all. Minor was not good at acquisition and very nervous. In 1940 his studio in the center was also destroyed by the bombing. After the war, the company finally blossomed. Wall art was a matter of size and scale, of suggestion, illusion and influence. It had to look good without attention to detail and be finished as quickly as possible. As realistic as possible, sometimes soft focus. The profession required skill and courage. You should not have a fear of heights and if there was a thunderstorm, you would sometimes get a shock ... In the summer of 2017 this work and eight other ornamental frames, containing restored and new works of art in the Rotterdam district of Katendrecht, were delivered. They have been realized in the project Cape color, a collaboration between Verhalenhuis Belvédère and BKOR.

Atelier Leo Mineur was founded in 1924 and is a successful advertising company that produced large-format advertising and cinema paintings. From 1900 onwards there were already many murals in the city; not so much works of art, but paintings to promote cinema films or products. Only a handful of artists could make a living from purely free art, so you also worked in an advertising studio, where you learned the trade of painting. From the 35s onwards, mainly visual art was added: painters wanted to fill in the empty ornamental frames on buildings, previously intended for advertising, with painting. But standing outside on high scaffolding herself was going too far. So they made a sketch and Atelier Mineur then executed it. The company has since been bought up and continued by one of the painters, Willem Kerssemeijer and his wife Michelle Geurts. As a specialized craft company, it is still active in paintings in public space. It is Kerssemeijer, who has been working for the company for about 2017 years and who painted several murals on Katendrecht in XNUMX. Also that of Leo Mineur.