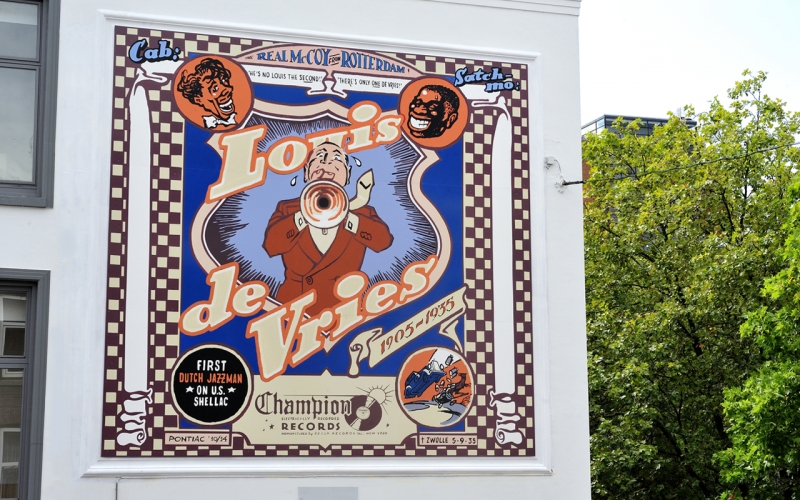 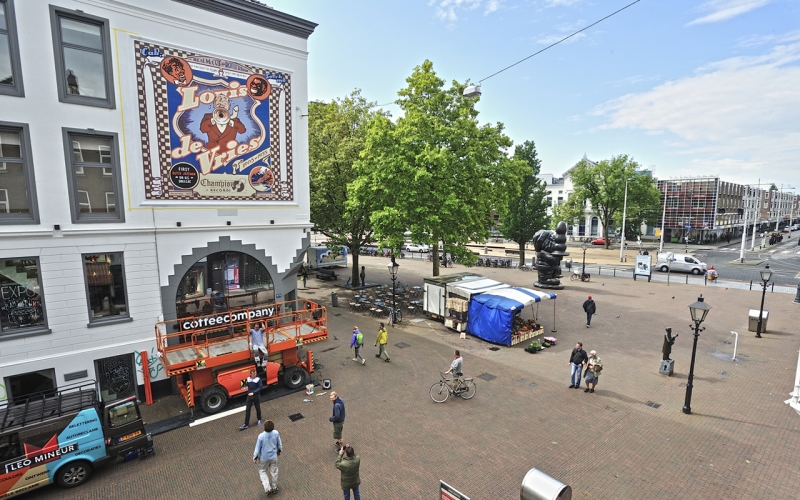 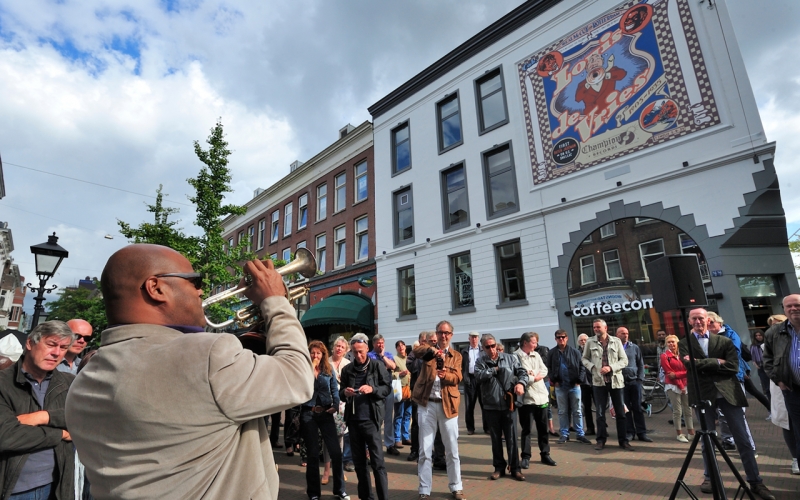 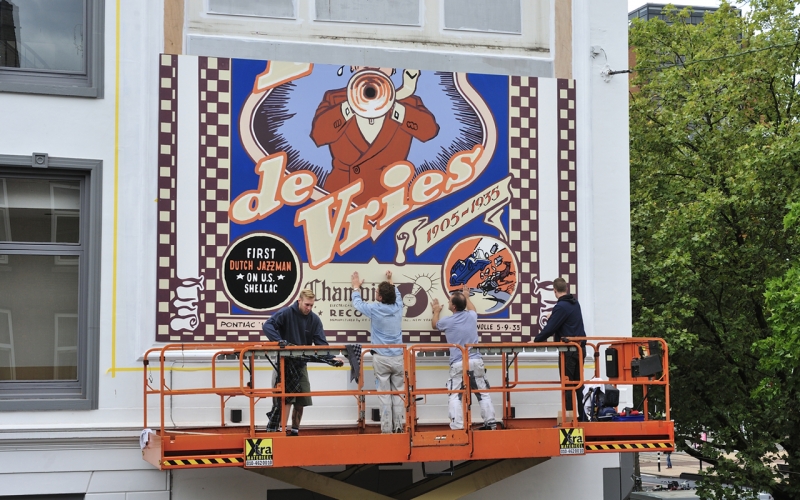 Since 2013, portraits of famous deceased Rotterdam jazz musicians have appeared on and around the Oude Binnenweg. The portrait series has grown into a jazz and comic route as a memorial to an important Rotterdam music history. The portraits are made by renowned cartoonists and illustrators. This voluminous portrait of Louis de Vries by Peter Pontiac is the seventh in the series. Louis de Vries (Vianen, 1905 - Zwolle, 1935) was the first Dutch jazz soloist, whose record was released in the United States. He lived most of his young life in the then Jewish neighborhood around the Kruiskade. Louis Armstrong regarded Louis de Vries as one of the greatest trumpet players in the world.
The jazz and comic route is realized by BKOR and Rotterdam Jazz Artists Memorial (R'Jam). With this route they try to save the Rotterdam jazz celebrities from oblivion. An extensive biography of the artists and musicians included in the series can be found at www.r-jam.nl. The vinyl album is in honor of this project Jazz from R'jam was released, on which all portrayed jazz musicians can be heard.

Peter Pontiac (Beverwijk, 1951 - Amsterdam, 2015), real name Peter JG Pollmann is a well-known Dutch illustrator and cartoonist. Pontiac was self-taught and worked for many years in seclusion in a studio. He drew underground strips, posters and record covers. His work was regularly published in Aloha and Aunt Leny presents!, but also for EAR, NRC Handelsblad and the Volkskrant. In the nineties the series became Pontiac Review in which all Pontiac's work is reissued. The books contain both comics and illustration work. Also became his only complete comic album Requiem Fortissimo reissued. Pontiacs' artwork is inspired by underground comics in general, but by Robert Crumb's work in particular. He also illustrated various record covers.