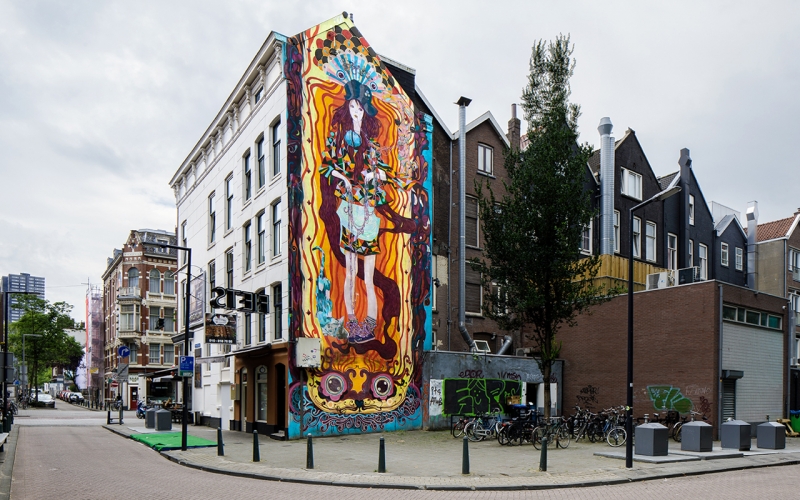 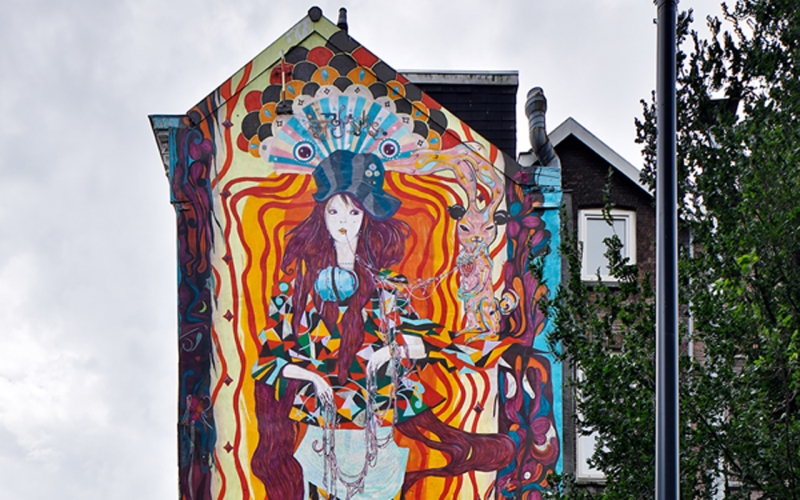 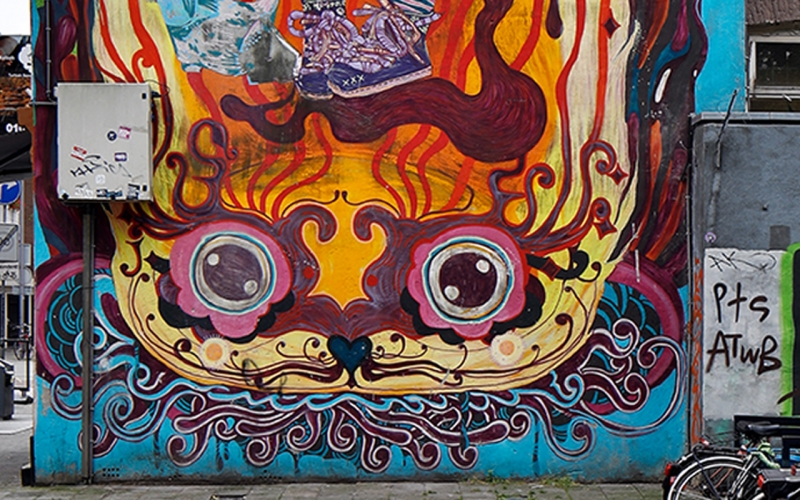 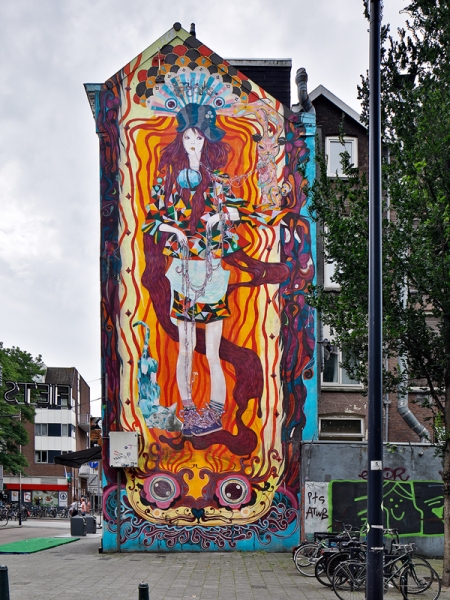 The Caramundo Foundation organized the RUA festival in the summer of 2009, which stands for Reflexo on Urban Art. Ten Brazilian graffiti artists were invited by the foundation. They were commissioned to create enormous murals in the public space of Rotterdam, so that not only contemporary Brazilian art was shown in the museum or gallery. This meters high wall painting on the Curve Elbow was made by the Brazilian Ramon Martins.

The style of Ramon Martins (São Paulo, Brazil, 1981) impresses with its eclectic approaches, languages ​​and techniques. In his paintings he mixes tropical nature, organic forms, baroque elements, Asian traditions, opposites from pop culture, loneliness and anonymous portraits. This yields a wide variety of places, times, cultures, customs and values. He has moved from the hectic city life of São Paulo to a quiet small farm in the interior, which has influenced his more recent work; he uses a more subtle gamut of colors. Martins has had a large number of solo and group exhibitions in Brazil. His work has also been exhibited in Paris, New York and Brighton (UK).