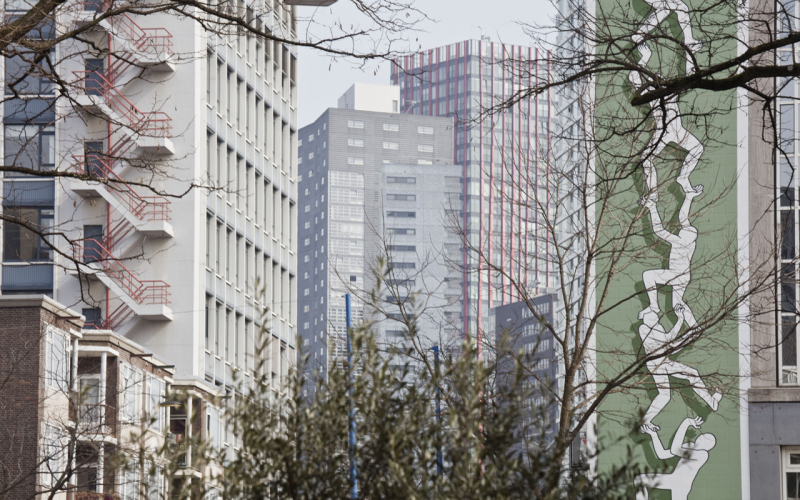 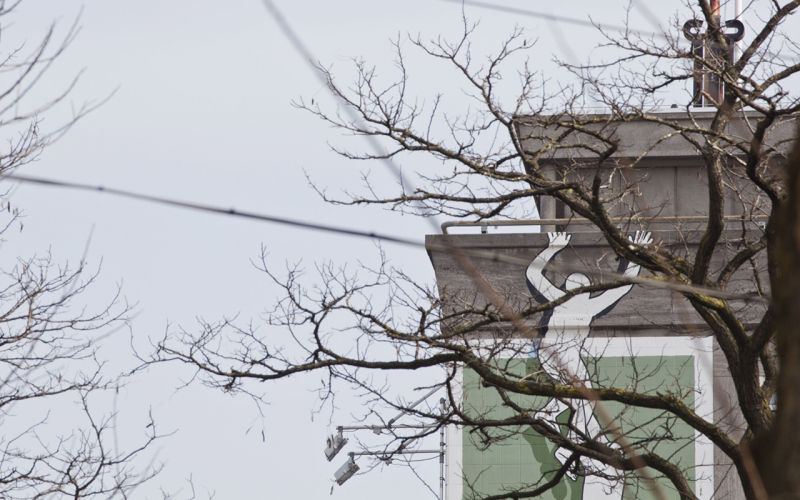 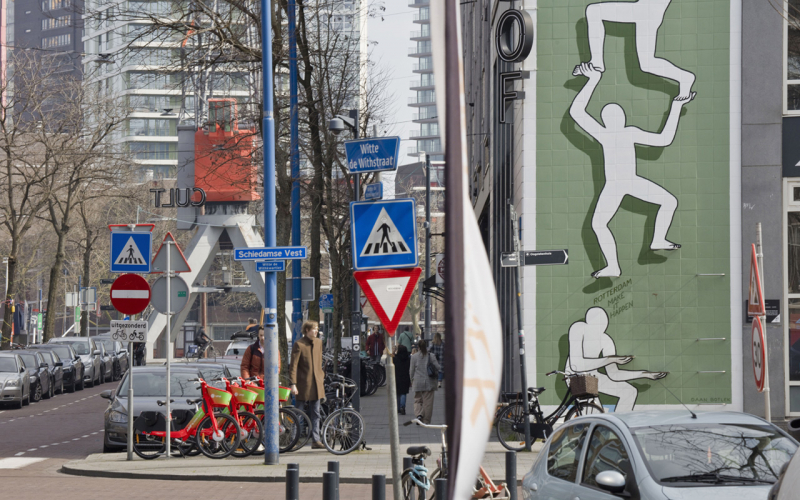 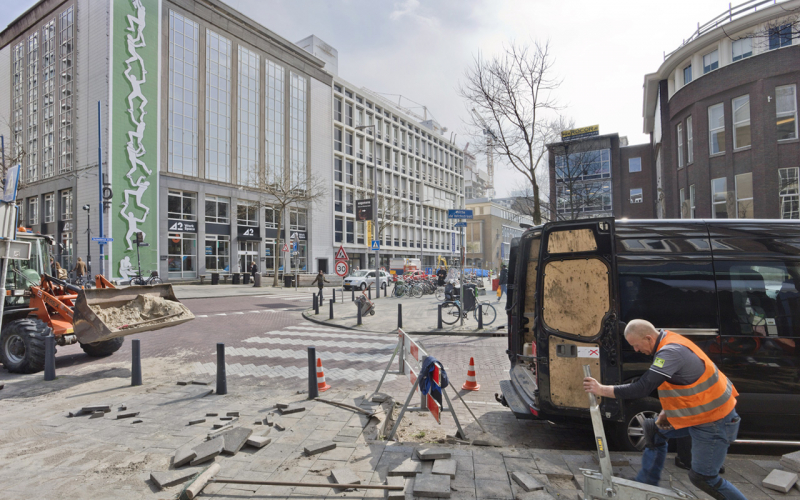 Rotterdam Make It Happen has asked various artists to apply street art paintings in the city center. The paintings invite you to participate in the work, which is why three steps have been added to the work. That way you can become one of the climbing figures on the wall yourself. This painting by Daan Botlek has been applied to the corner of the building. The top man hangs, as it were, from the roof edge.

Daan Botlek (Vlaardingen, 1977) studied Illustration at the Willem de Kooning Academy in Rotterdam. He is known for his large murals in both Rotterdam and abroad, from Leipzig to Bangkok. He also regularly works on illustration assignments for Wired and Nike, among others. He has developed his own oeuvre and thus managed to attract a large audience worldwide. In his work he reports on a universe in which human figures play with the rules of geometry and the laws of physics. ”