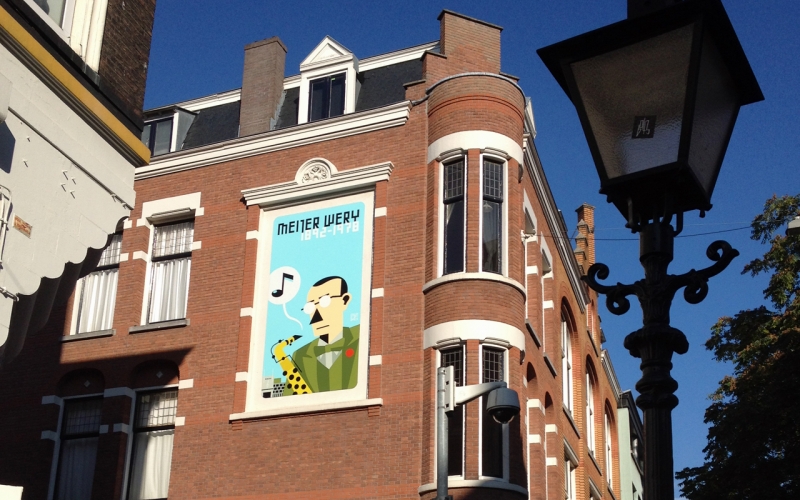 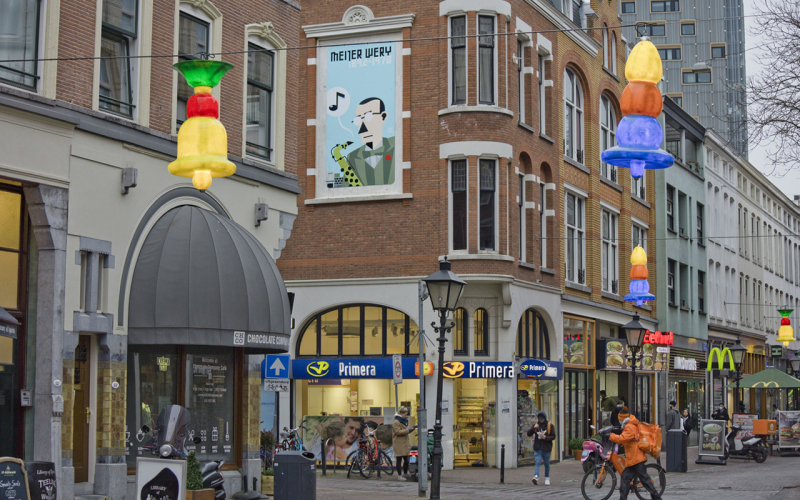 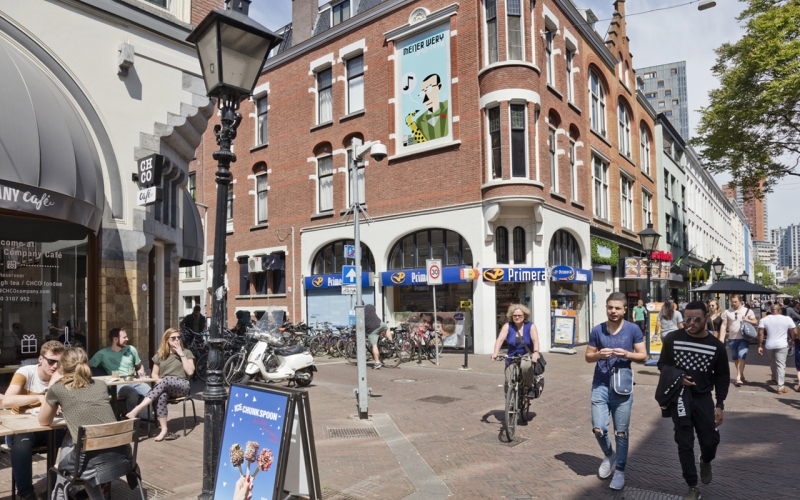 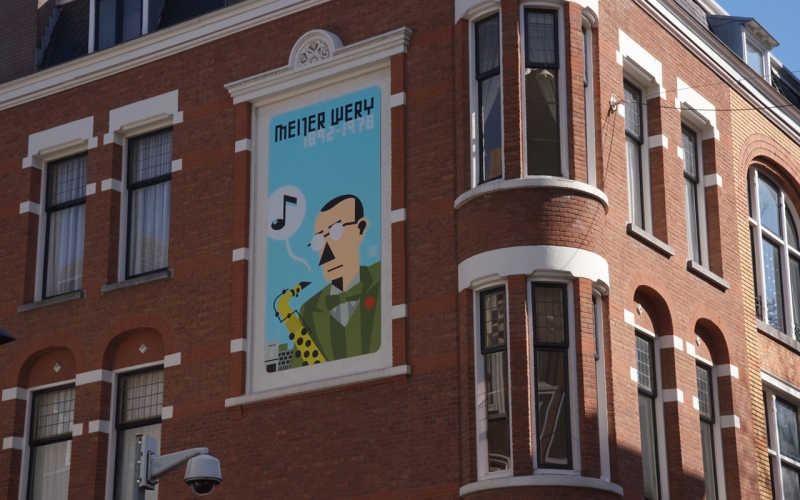 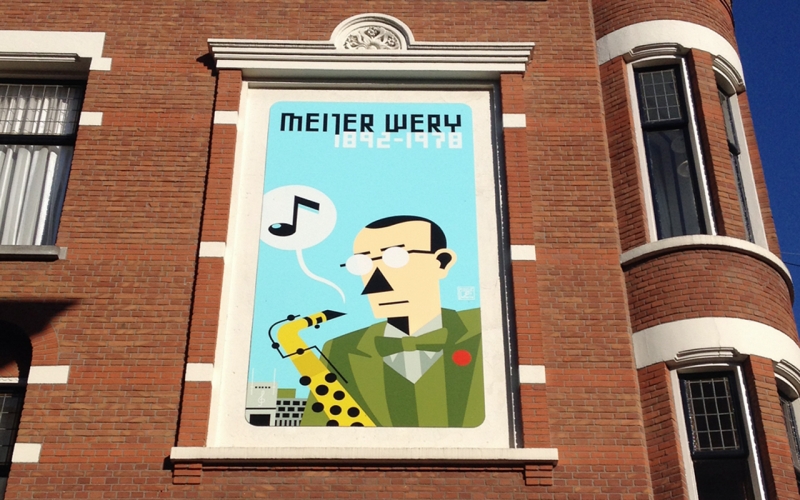 Since 2013 portraits of famous deceased Rotterdam jazz musicians have appeared on and around the Oude Binnenweg. The portrait series has grown into a jazz and comic strip route as a memorial to an important Rotterdam music history. The portraits are made by renowned cartoonists and illustrators. This is a portrait of Meijer Wery made by cartoonist and graphic designer Joost Swarte. Meijer Wery (Rotterdam, 1892 - Rotterdam, 1978) started as a clarinetist in his father's orchestra. He mainly made classical music - Wery was co-founder of the Rotterdam Philharmonic Orchestra - he was also a jazz teacher. And he was considered a pioneer on the saxophone. In 1941 he was arrested for his involvement in the February strike. During the interrogation he stubbornly denied his Jewish origin. After his retirement in 1957, the socially committed musician continued his own teaching practice until a very old age. The jazz and comic route is realized by BKOR and Rotterdam Jazz Artists Memorial (R'Jam). With this route they try to save the Rotterdam jazz celebrities from oblivion. An extensive biography of the cartoonists and musicians included in the series can be found at www.r-jam.nl. The vinyl album is in honor of this project Jazz from R'jam was released, on which all portrayed jazz musicians can be heard.

(Heemstede, 1947) is a cartoonist and graphic and industrial designer. He is the spiritual father of the term 'clear line', a technique developed by the Belgian cartoonist Hergé. Swarte started his own comic magazine in 1971 Modern Paper and signed for Aloha, Aunt Leny presents, Free Netherlands, Smoke en The New Yorker. He has already designed several beautiful covers for the latter.