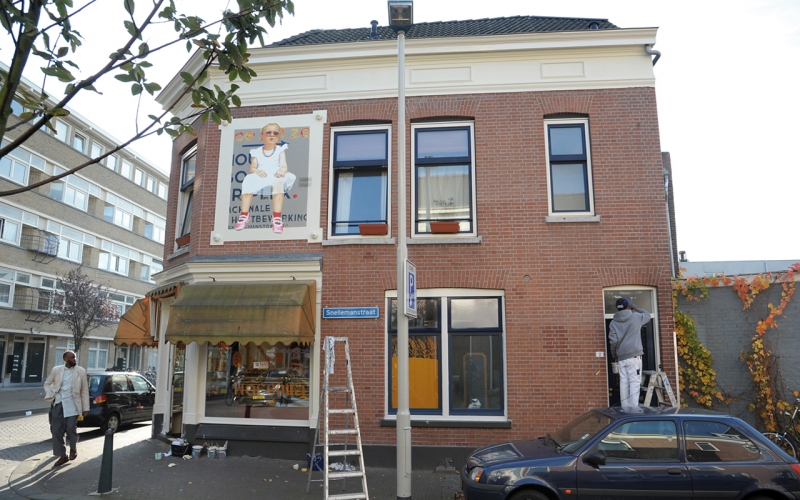 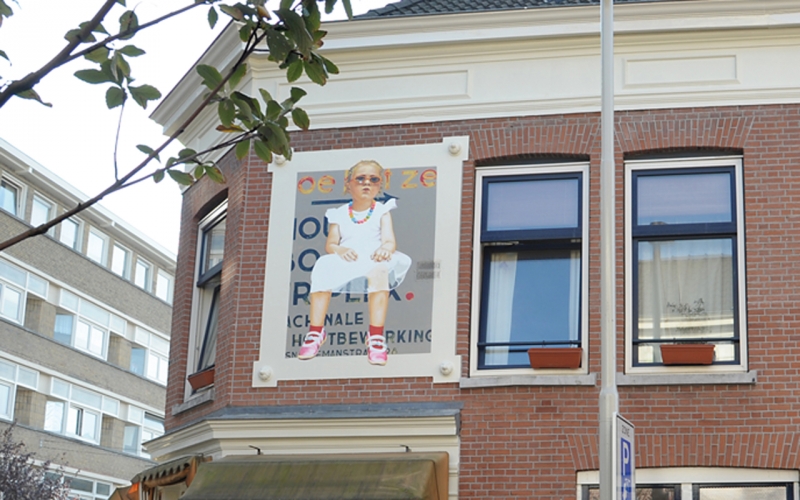 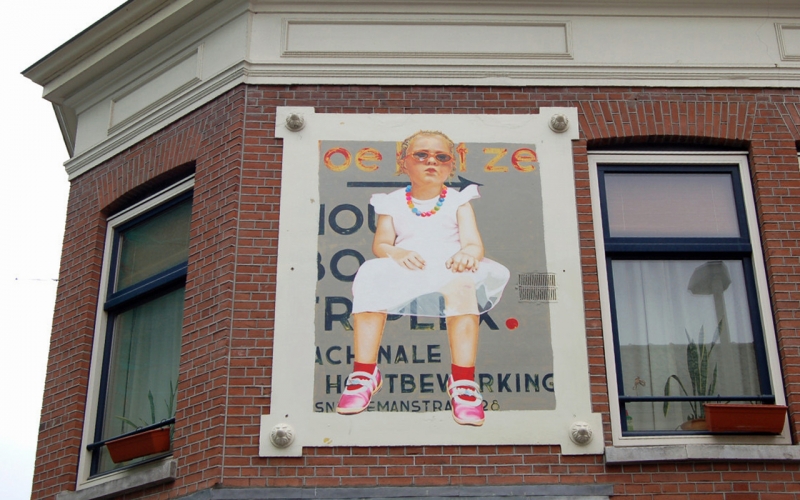 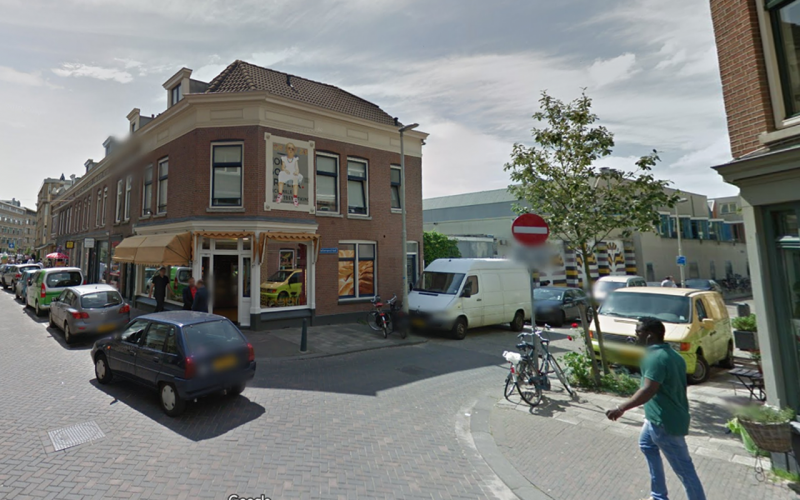 At the corner of Snellemanstraat and Zwaanshals, two ornamental frames hang opposite each other on the facade. Visual artist Marcel Niehoff, together with Eddy Kaijser, made a work for these facades that establishes a relationship with each other. They form a diptych, as it were. Niehoff made Girl on a chair. The child is wearing a contemporary outfit, sunglasses and shiny pink shoes. She looks bored in front of the wax that is drying in Kaijser's painting. Pants and shirts hang over the clothesline and on two chairs. It has the nonchalance of a laundry room, a typical interior space. That is precisely the result that the two artists pursued together: creating the idea of ​​a house, so that the street becomes an inner space. Life inside is less rushed than that on the street. Certainly this depiction of a girl who is sitting motionless watching the wax dries gives a slowness that is alien to city life outside. Both works were applied by Atelier Leo Mineur. Behind the girl is partly a hand-made advertising text visible, a reference to the advertising paintings that were previously present in the ornament frames. Already in the eighties of the last century, CBK Rotterdam started applying visual art to ornament frames. A total of seven new paintings have been added to 2011 around the Zwaanshals.

Marcel Niehoff (Rotterdam) is a self-taught visual artist. He lives and works in Rotterdam-Noord and has established the second-hand store Spam Rotterdam. Niehoff was one of the founders of Route du Nord, a multi-day festival in 2006 created to connect visual art, performance and music.