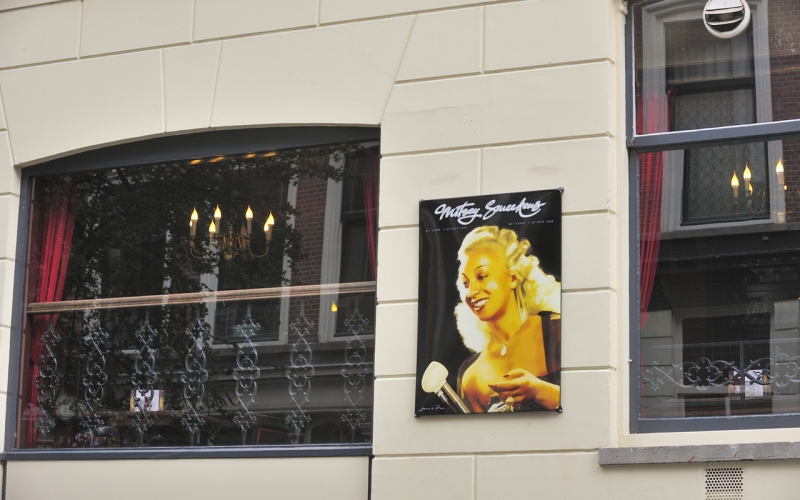 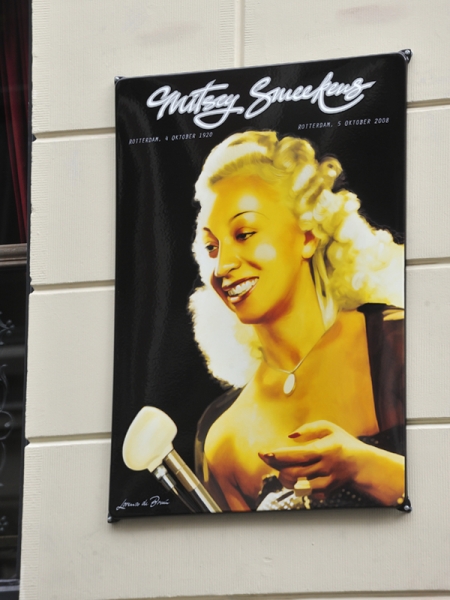 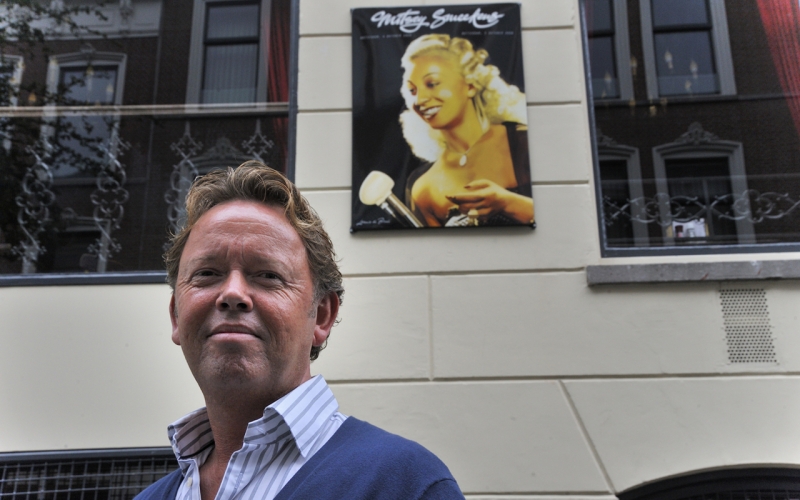 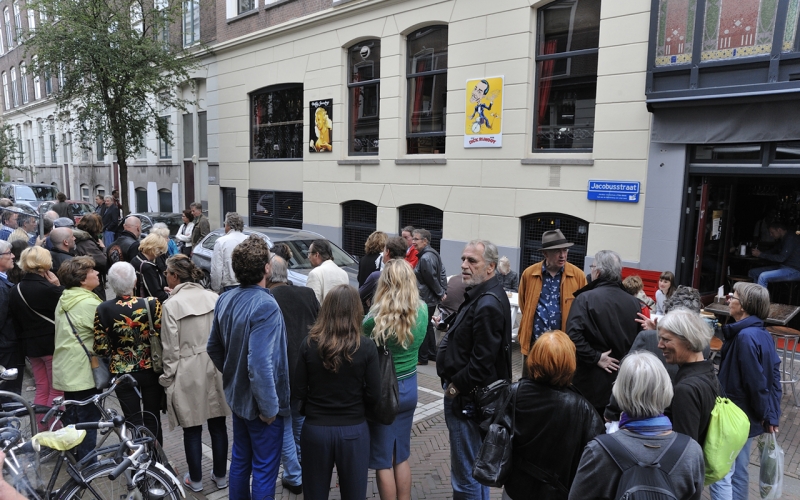 Since 2013, portraits of well-known deceased Rotterdam jazz musicians have appeared on and around the Oude Binnenweg. The portrait series has grown into a jazz and comic route as a memorial to an important Rotterdam music history. The portraits are made by renowned cartoonists and illustrators. This is a portrait of Mirza 'Mitsey' Wilhelmina Snijders (Rotterdam, 1920 - Rotterdam, 2008). Mitsey Smeekens sang in the orchestra of the Jewish pianist Martin Roman. Her future husband, trumpet player Gerard Smeekens, also played here. He was murdered in Germany. Mitsey refused to join the Kultuurkamer during the war. After the liberation she sang in numerous bands and around 1958 started her own Perdido Trio with the double bassist Will Nieland, Joop Korzelius (percussion, vibraphone) and Herman Houtman (piano), her second husband. The jazz and comic route is realized by BKOR and Rotterdam Jazz Artists Memorial (R'Jam). With this route they try to save the Rotterdam jazz celebrities from oblivion. An extensive biography of the cartoonists and musicians included in the series can be found at www.r-jam.nl. The vinyl album is in honor of this project Jazz from R'jam was released, on which all portrayed jazz musicians can be heard.

Lorenzo de Bruin (Rotterdam, 1967) was introduced to the profession at home. His father was the Rotterdam painter and advertising artist Kok de Bruin. In addition to illustrating, painting is his great love and passion.