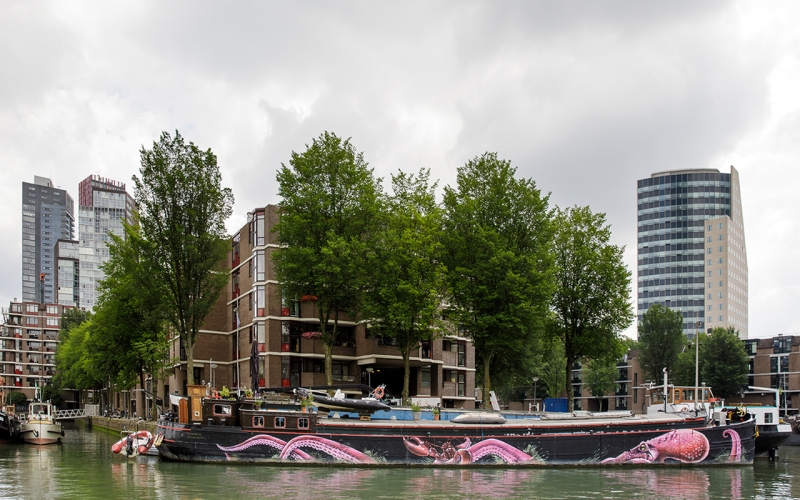 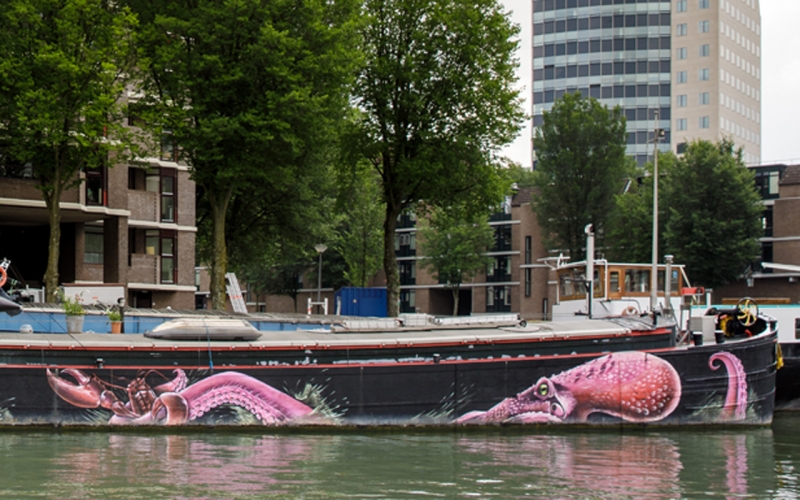 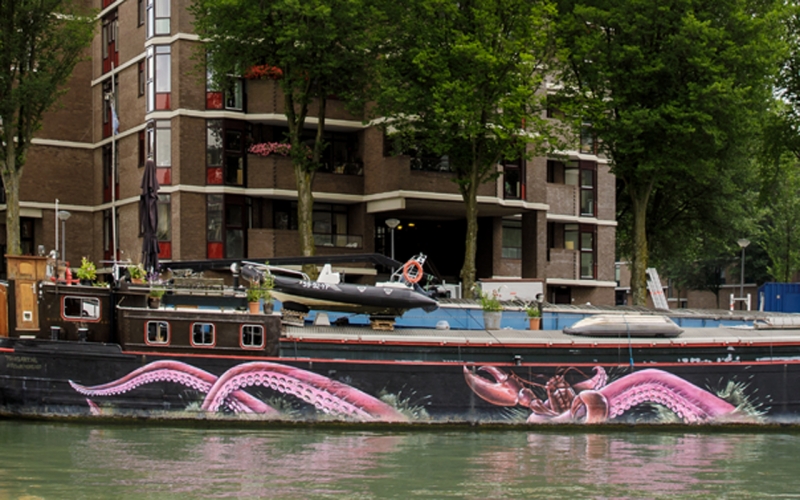 Summer 2015 artists Vinz and Dopie painted this bright pink octopus on the side of a houseboat in the Leuvehaven from a small pontoon in the water. It is a Rewriters010 project, which was approached by the houseboat owner. It Monster from Rotterdam is the only boat on the Rewriters route, a route that leads you along street art in Rotterdam. The owner wanted a piece of art on his boat. He is an avid diver and has thus provided input for the design. You can best see the octopus from the quay at the Maritime Museum. He seems to be partly under water and has a lobster in one of his tentacles.

From an early age, Vinz was fascinated by hip-hop culture. That is why elements from hip hop are often used in his work. He specializes in making murals, but originally comes from the graffiti circuit. He also gets inspiration from nature and daily life.

Dopie (dsk) is a graffiti and street artist from Amsterdam and now lives in Arnhem. His style is recognizable for its bright use of color and he often illustrates animals. He specializes in making murals, but also makes graffiti. His work can be seen in many cities in and outside the Netherlands.