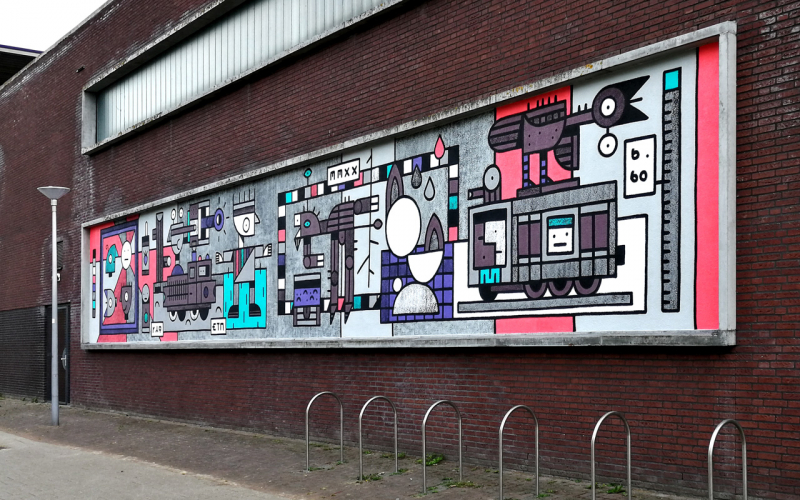 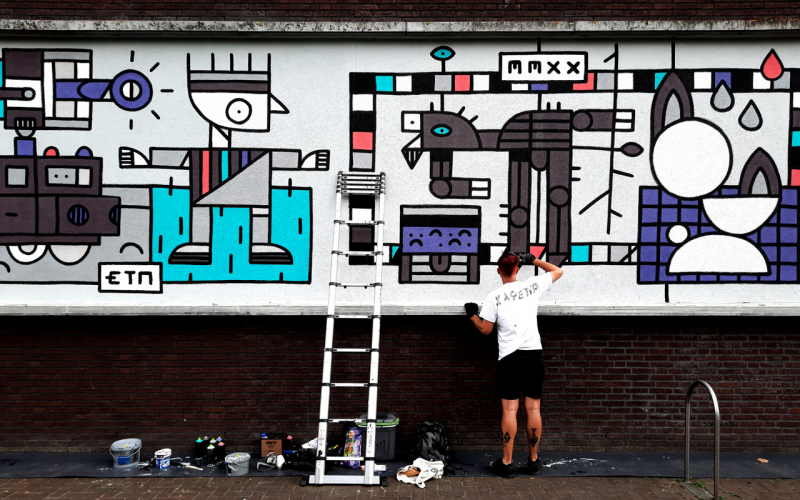 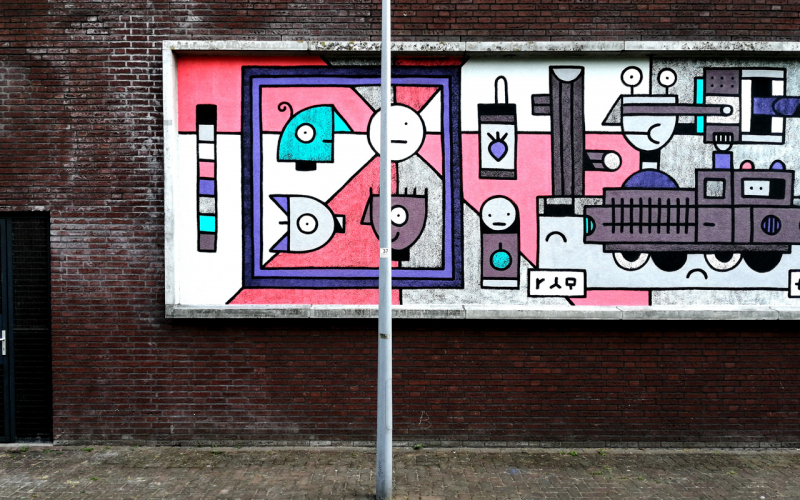 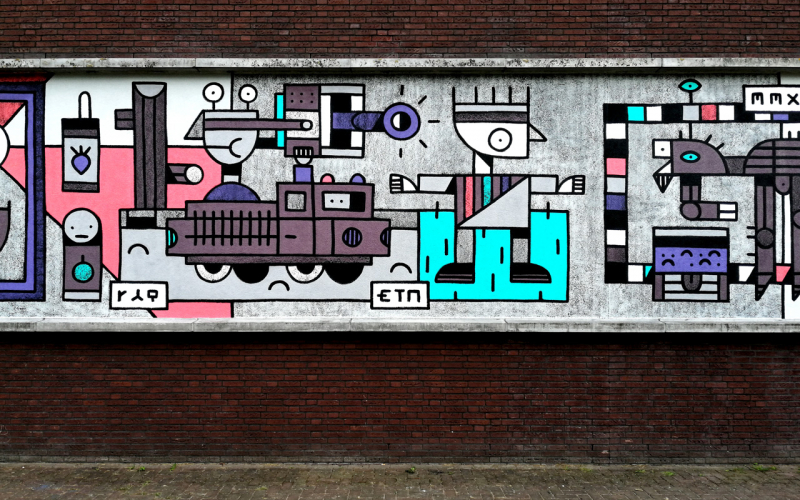 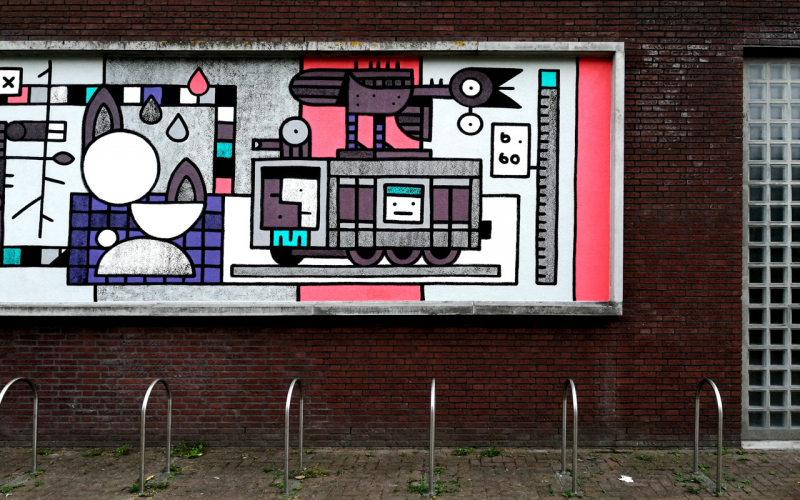 This mural on the facade of the Binnenhof tower in Ommoord is called Omnivorous. The work was created by the Rotterdam artist Rik van der Neut, who works under the name Riq Etiq. The painting was made in consultation with residents from Ommoord. Van der Neut himself lives in Ommoord and had various conversations with residents from the neighborhood. He collected six stories that are depicted in the painting. For example, the artwork is about two friends who eat baby food together when they meet up and about a resident who is an evangelist and likes to take pictures of the sun. Also it is work of art The White Bulbs by Hans van der Plas is shown in the painting, a reference to the story of Peter Buisman and Stichting De Witte Bollen. Omnivorous was created with different paints and inks and opened on October 29, 2020.

The Rotterdam artist Rik van der Neut works under the name Riq Etiq. He studied illustration at the Willem de Kooning Academy. Since 2007 he has made several murals. It is important to his work that people from the neighborhood feel involved in his paintings.