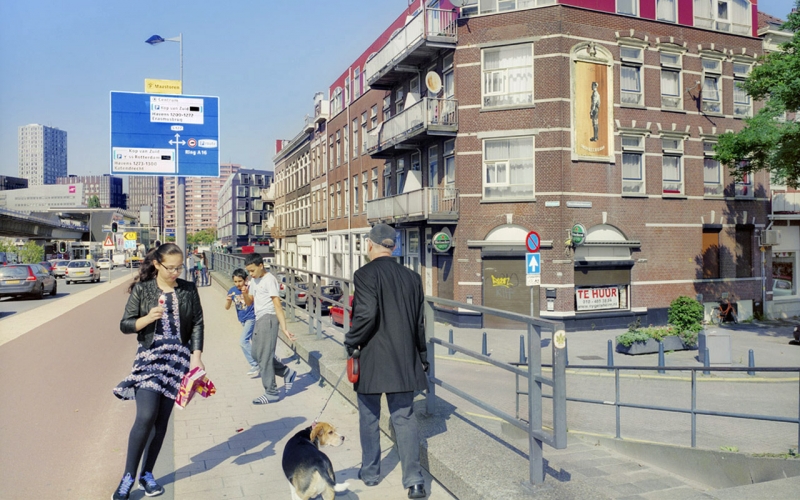 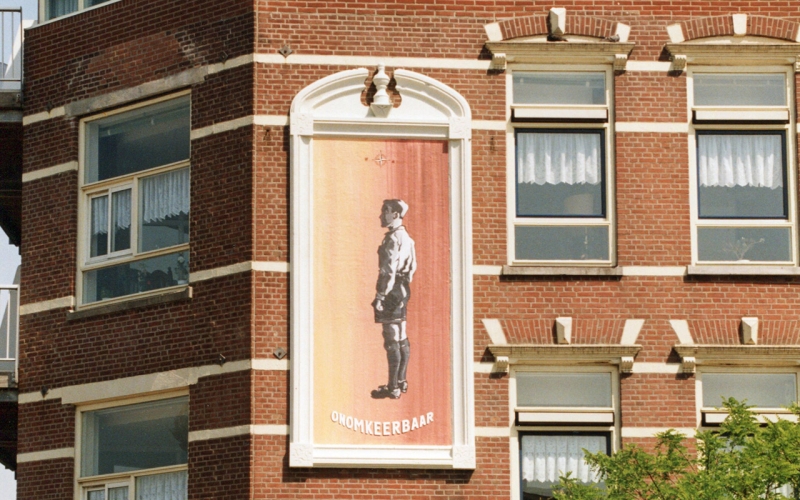 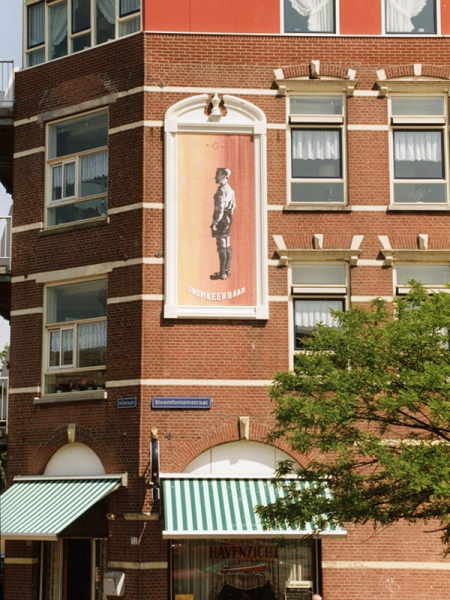 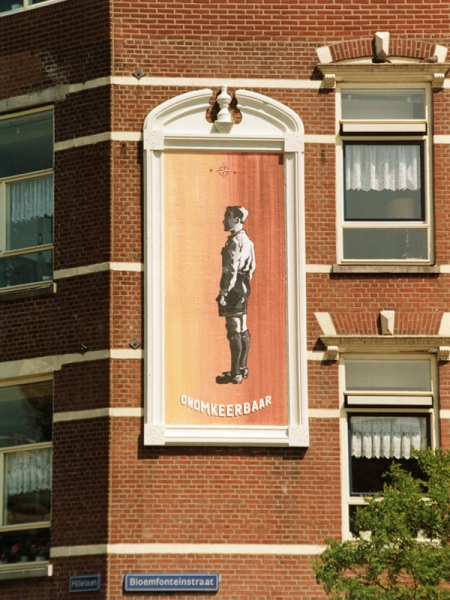 Above cafe Havenzicht on the corner of Bloemfonteinstraat and Hillelaan there is an ornament frame on the facade with a wall painting by artist Ad Schouten. He was born in this street and spent his youth there until his 12e year. The painting was made after a photo of himself as a child in the Bloemfonteinstraat, with the text below Irreversible. Irreversible seen in that light, it speaks for itself, but it also refers to the transformation that the street has undergone in all respects since its youth. In 2018 the work has been restored by Atelier Leo Mineur.