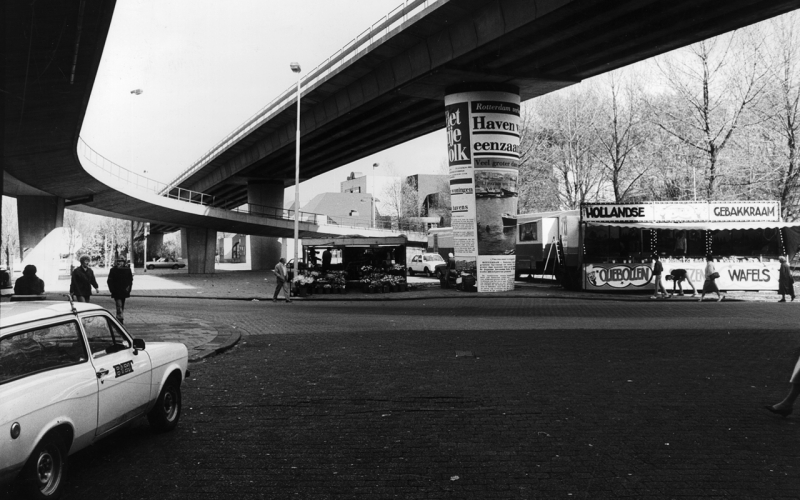 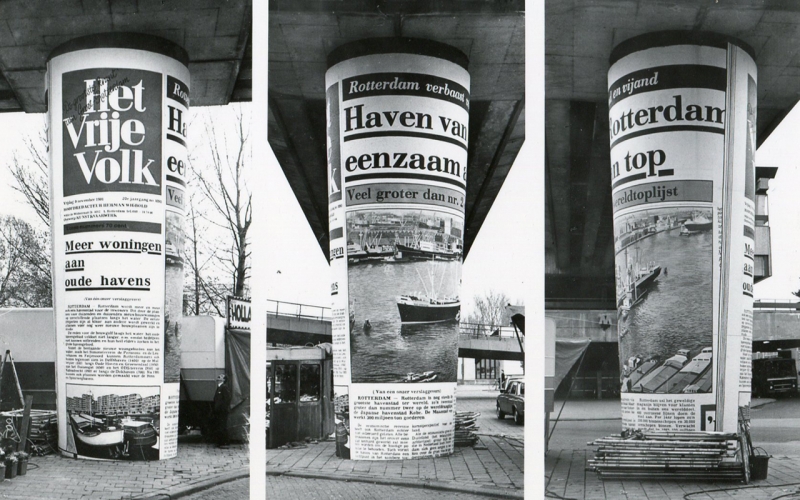 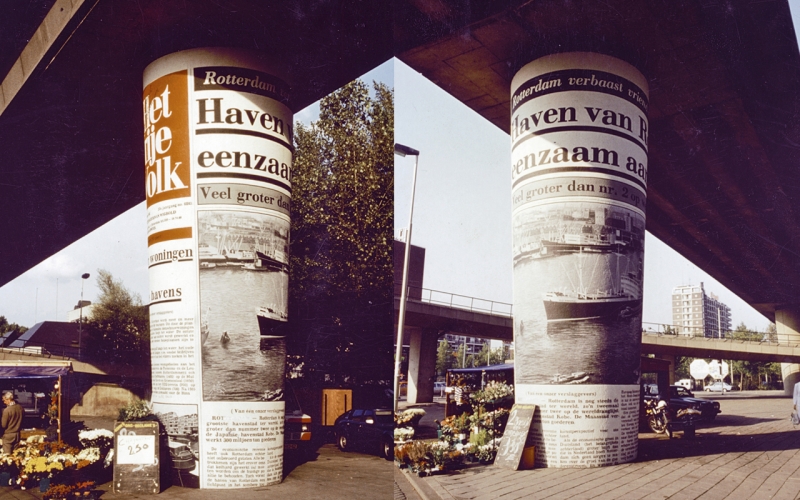 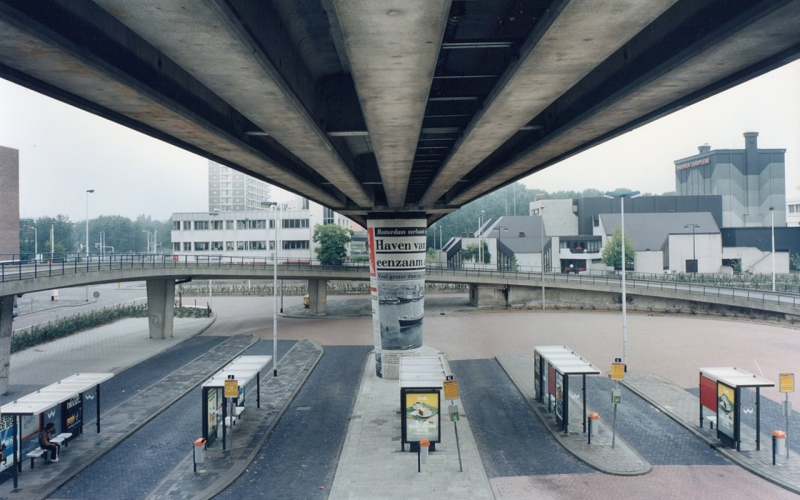 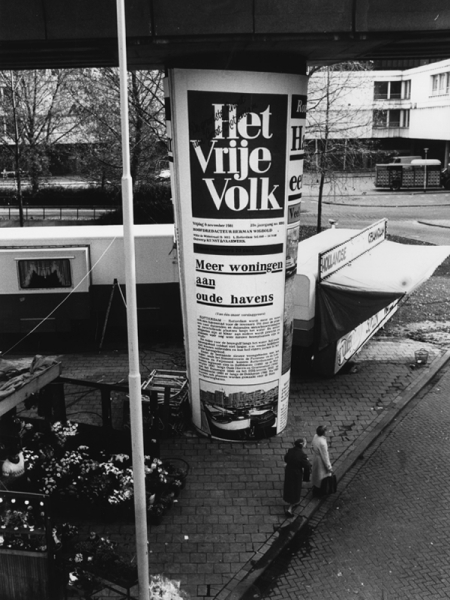 Usually the form already present was the starting point for the works of Kunst & Vaarwerk. The round columns, which widen towards the top, only had to be painted to look like a huge rolled-up newspaper. Kunst & Vaarwerk has come up with different column shapes, but this is one of the most beautiful. It fits perfectly with the pop art style of the triumvirate, the large blowing up of well-known symbols. The column is painted as a front page of the newspaper 'Het Vrije Volk' and all texts and images refer to the port, because one of Kunst & Vaarwerk's missions was to profile Rotterdam as a port city. This is evident from the 'mission statement' of Kunst & Vaarwerk from 1979 written by Frans Vogel: “More than the large village of Spido, Euromast and Diergaarde Blijdorp, we see Rotterdam as the metropole, which responds to the port scene at salient locations with large visual clues. Creations that appeal to the imagination and are inseparably associated with Rotterdam as a world port city in the minds of not only the residents, but certainly also of the visitors".