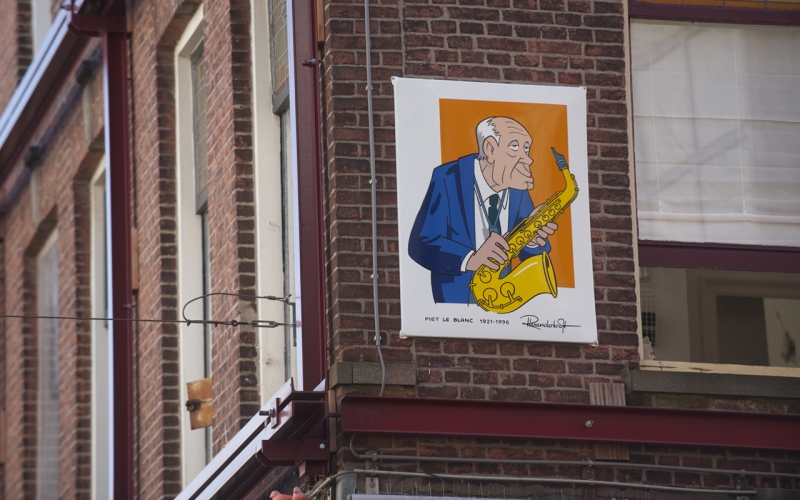 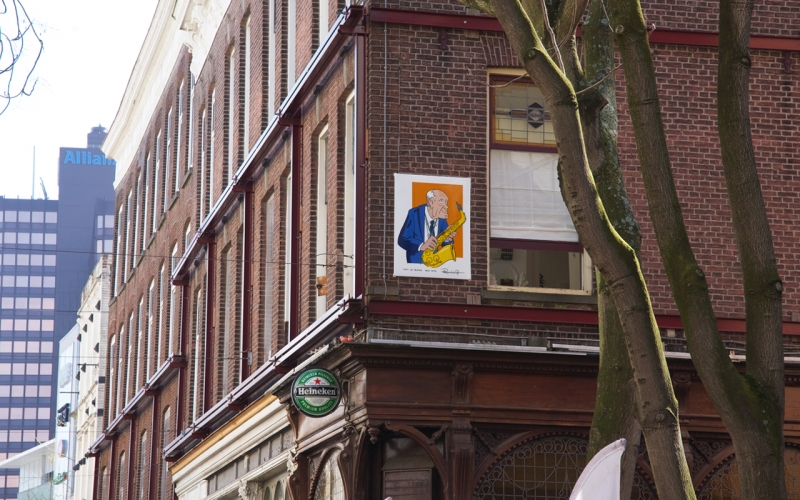 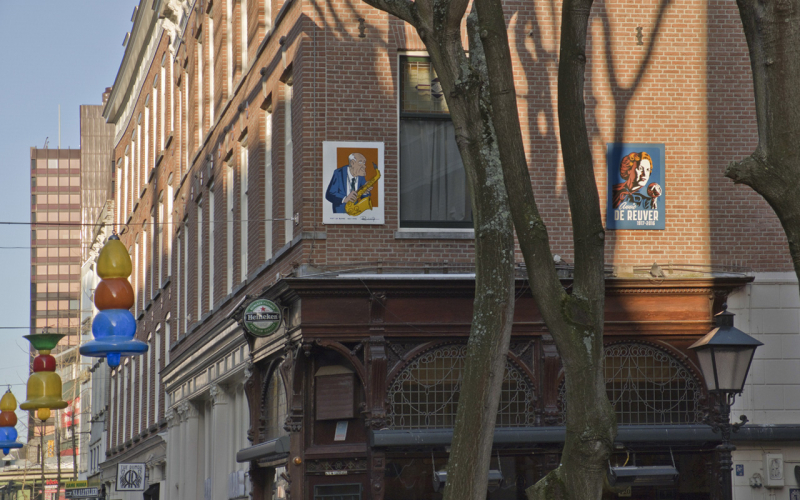 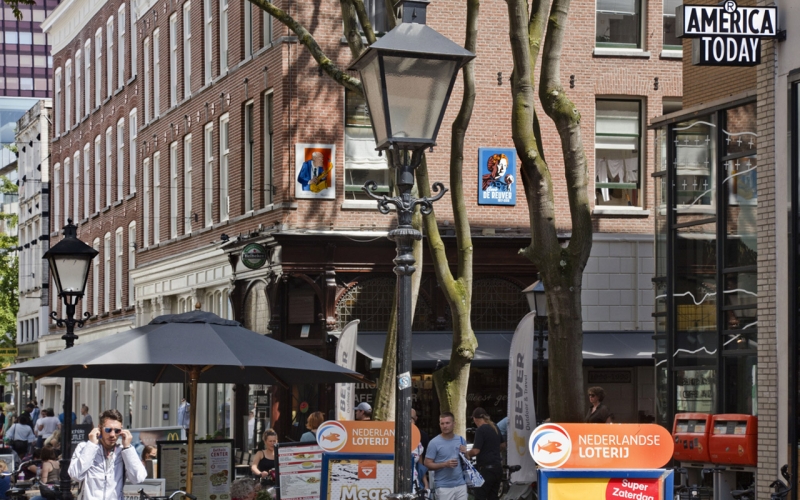 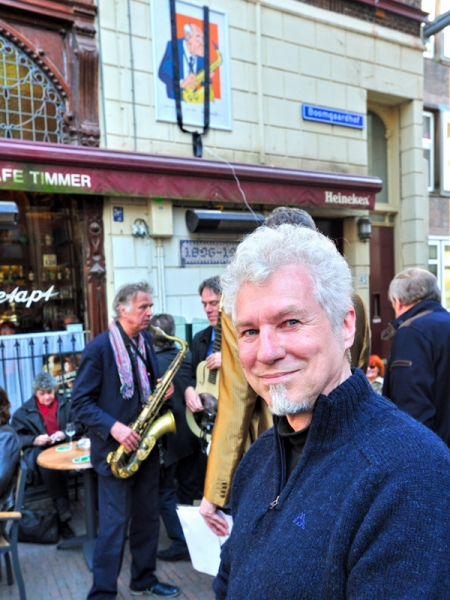 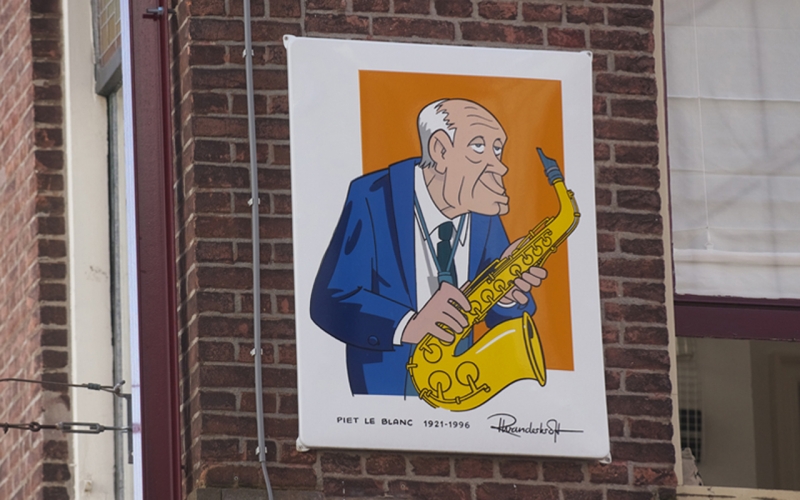 Since 2013 portraits of famous deceased Rotterdam jazz musicians have appeared on and around the Oude Binnenweg. The portrait series has grown into a jazz and comic strip route as a memorial to an important Rotterdam music history. The portraits are made by renowned cartoonists and illustrators. This is a portrait of Piet le Blanc (Rotterdam, 1921 – Rotterdam, 1996) made by cartoonist Robert van der Kroft. Piet de Wit, better known as Piet le Blanc, was one of the most striking Rotterdam pub tigers, but also an underestimated all-round musician. He played alto and baritone sax in the orchestras of Boyd Bachman, Joe Andy and The Ramblers and violin with the Amsterdam Philharmonic Orchestra. The jazz and comics route was realized by BKOR and Rotterdam Jazz Artists Memorial (R'Jam). With this route they try to save the Rotterdam jazz stars from oblivion. An extensive biography of the artists and musicians included in the series can be found at www.r-jam.nl. The vinyl album is in honor of this project Jazz from R'jam was released, on which all portrayed jazz musicians can be heard.

Robert van der Kroft (Haarlem, 1952) has been drawing the comic since 1975 Sjors and Sjimmie and from 1988 Clear for the weekly newspaper Flair. He is co-founder of the magazine 5300 Zone. With Wilbert Plijnaar and Jan van Die, he forms the Wiroja partnership (an acronym of their three names).