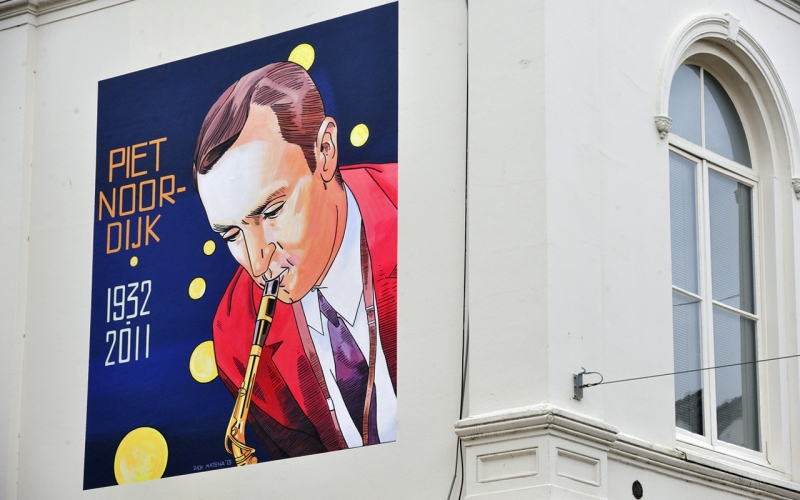 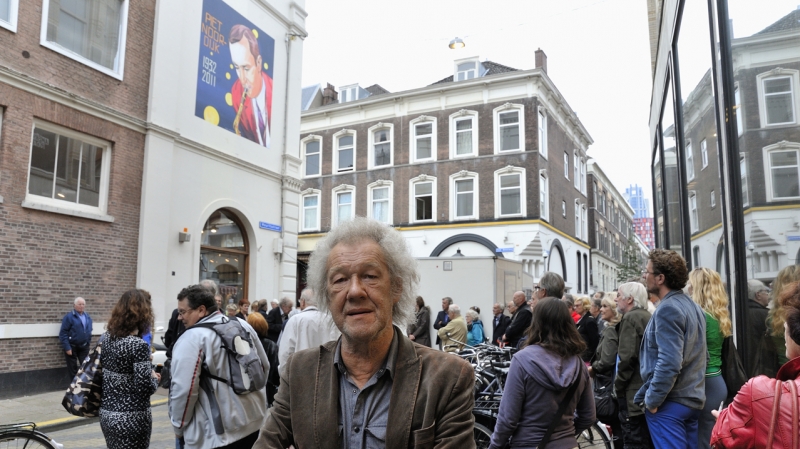 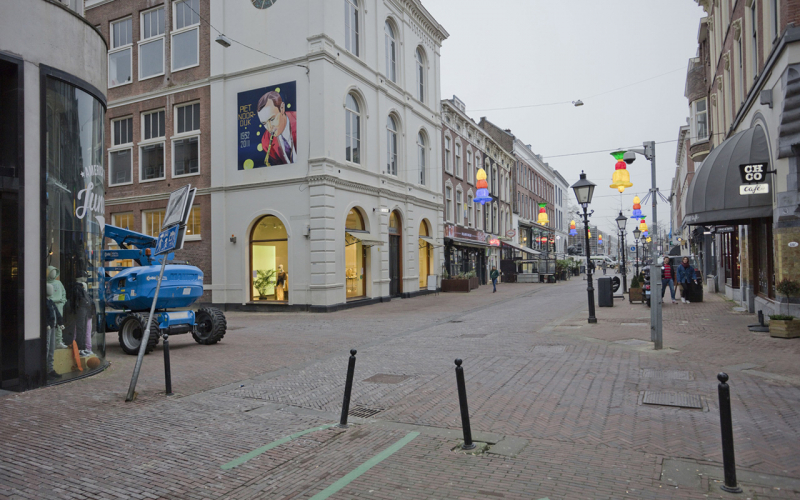 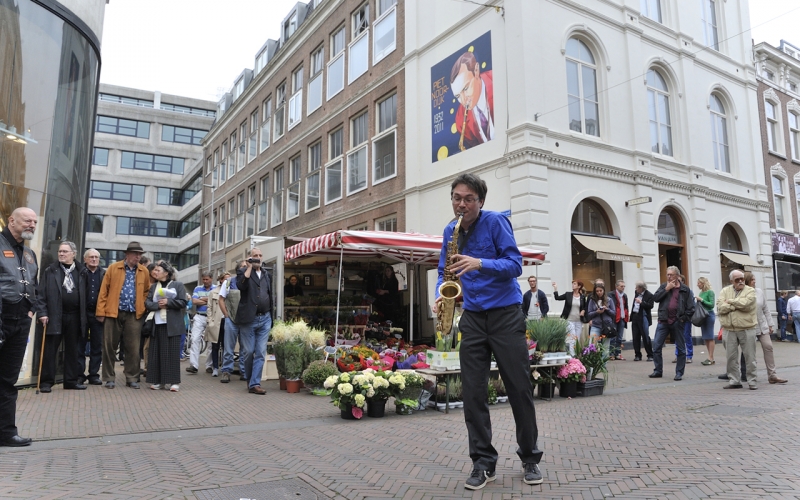 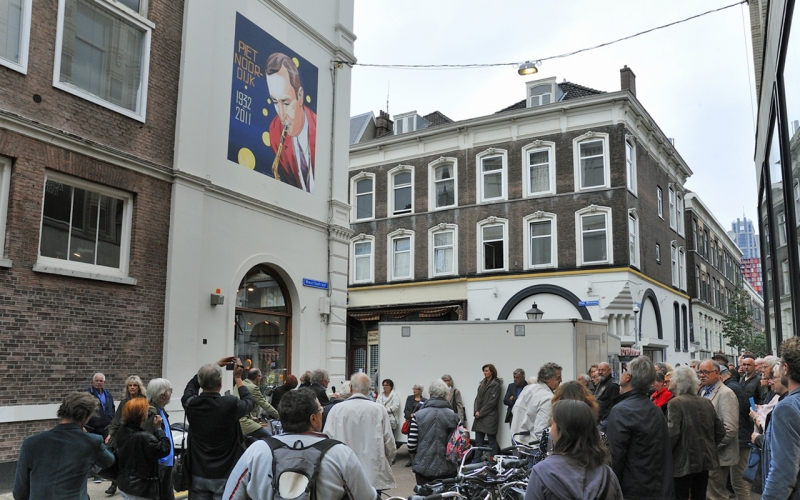 Since 2013 portraits of famous deceased Rotterdam jazz musicians have appeared on and around the Oude Binnenweg. The portrait series has grown into a jazz and comic strip route as a memorial to an important Rotterdam music history. The portraits are made by renowned cartoonists and illustrators. This is a portrait of Piet Noordijk made by cartoonist Dick Matena. Piet Noordijk (Rotterdam, 1932 - Hellevoetsluis, 2011) developed into the nightclub circuit as an all-rounder and as an alto saxophonist played in the spotlight of pianist and singer Pia Beck, with whom he made his first radio broadcast. In 1963 he was approached by pianist Misha Mengelberg. The Misha Mengelberg - Piet Noordijk Quartet caused a furore in the Dutch jazz world and was the only European band to play among the jazz greats at the 1966 Newport Jazz Festival in New York. The musical omnivore, blessed with a lyrical, clear and flawless tone, accompanied internationally renowned jazz musicians such as Johnny Griffin, Billy Eckstein, Oliver Nelson, Hank Mobley, Toots Thielemans and Wynton Marsalis. The jazz and comic route is realized by BKOR and Rotterdam Jazz Artists Memorial (R'Jam). With this route they try to save the Rotterdam jazz celebrities from oblivion. An extensive biography of the artists and musicians included in the series can be found at www.r-jam.nl. The vinyl album is in honor of this project Jazz from R'jam was released, on which all portrayed jazz musicians can be heard.

Dick Matena (The Hague, 1943) started at Toonder Studios in 1960 at the age of 17. In recent years he has mainly made a name for himself with his realistic adaptations of classics from Dutch literature, such as The evenings from Gerard Reve.