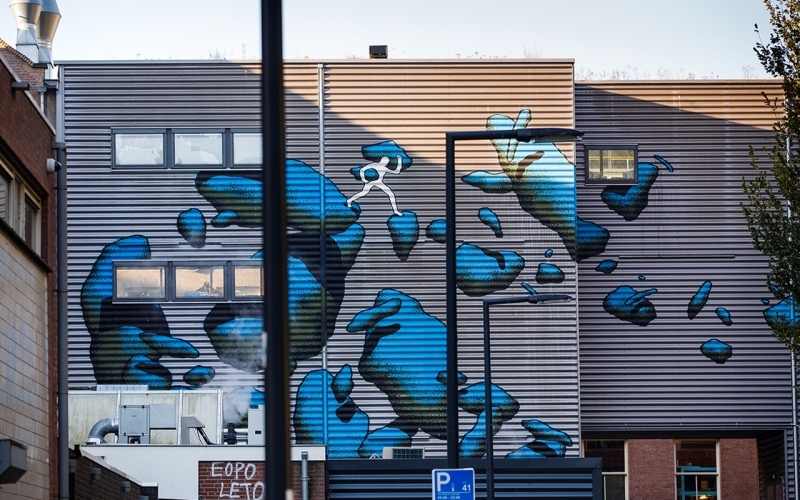 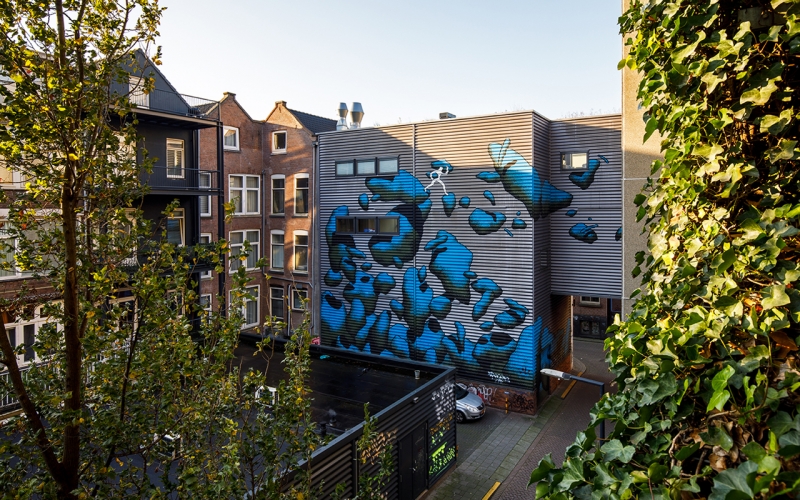 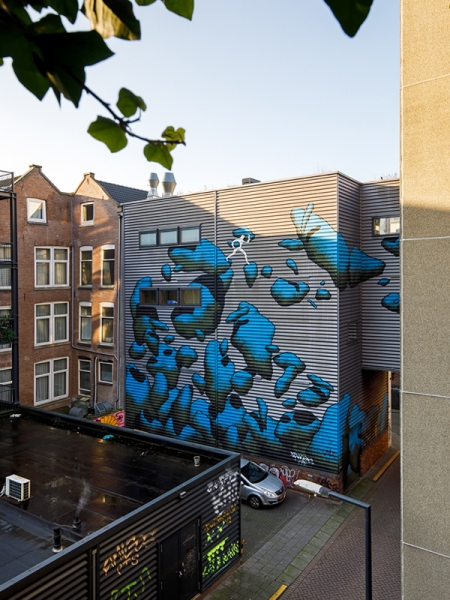 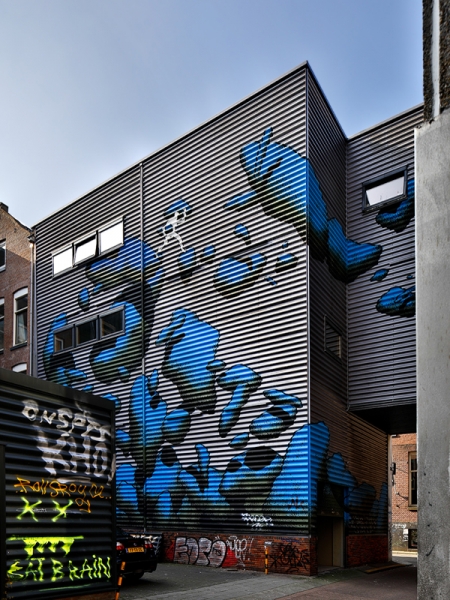 This painting by Daan Botlek was made on the back of the Kuhne & Co architectural firm, located in Boomgaardsstraat. The wall is covered with wavy metal plates, which made applying the painting very difficult. The title of the work Principles of Organization refers to this challenging process, but also to the little available space Botlek had. Due to various buildings, it is difficult to view the work in its entirety. This mural was initiated by Rewriters010.

Daan Botlek (Vlaardingen, 1977) studied Illustration at the Willem de Kooning Academy in Rotterdam. He is known for his large murals in both Rotterdam and abroad, from Leipzig to Bangkok. He also regularly works on illustration assignments for Wired and Nike, among others. He has developed his own oeuvre and thus managed to attract a large audience worldwide. In his work he reports on a universe in which human figures play with the rules of geometry and the laws of physics. ”