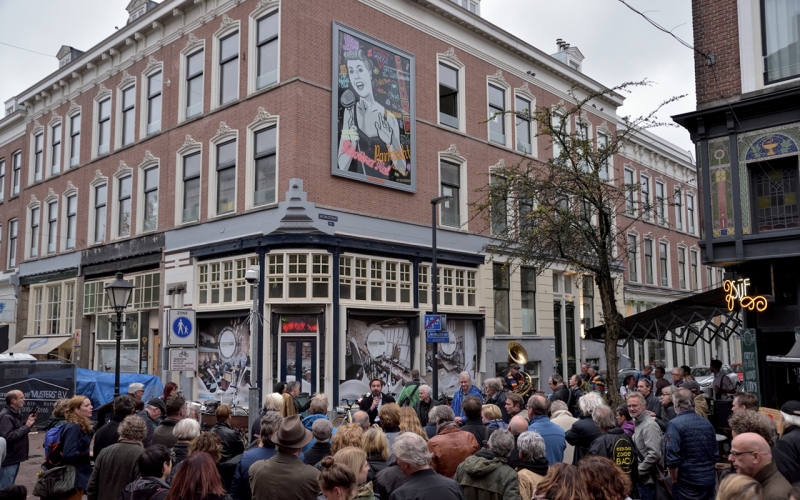 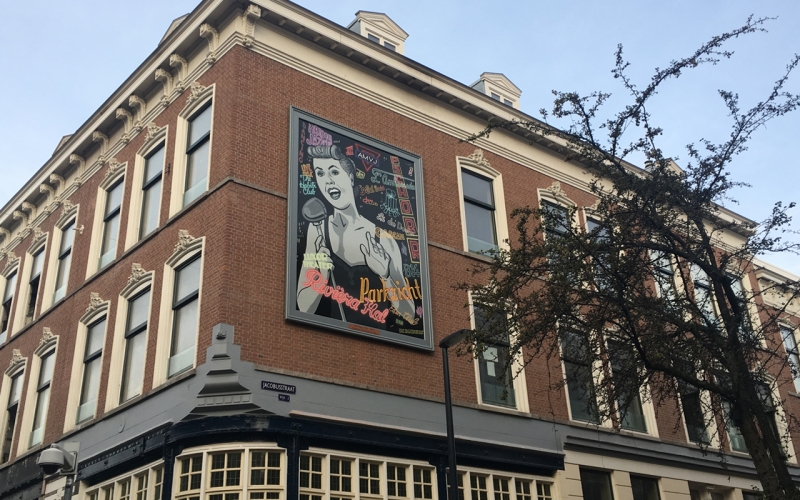 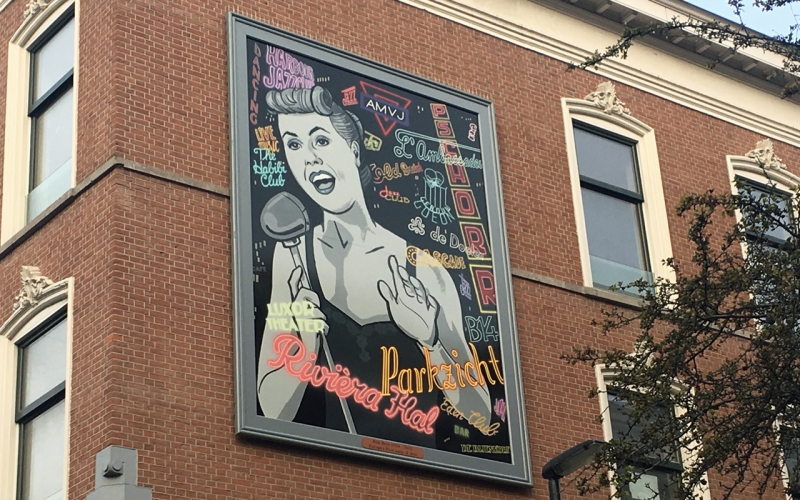 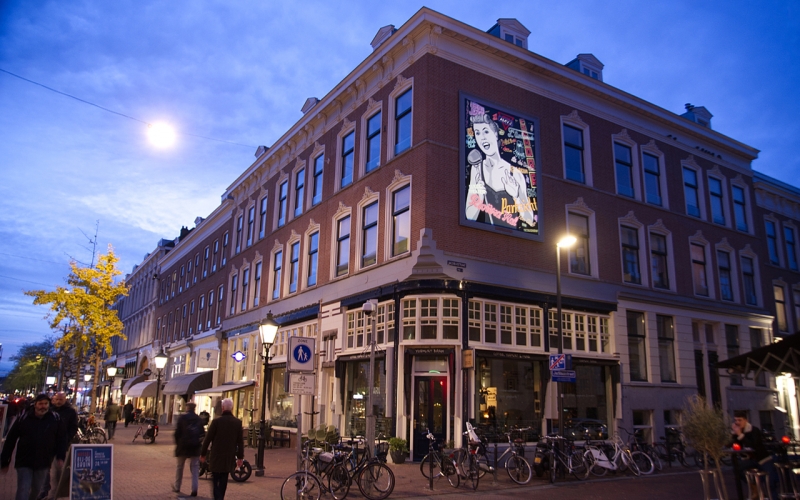 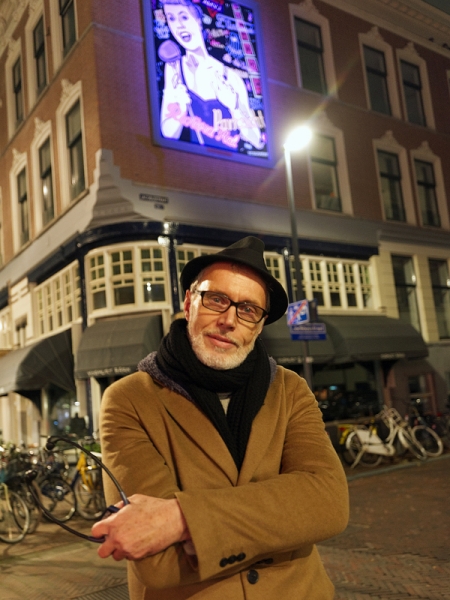 Since 2013 portraits of famous deceased Rotterdam jazz musicians have appeared on and around the Oude Binnenweg. The portrait series has grown into a jazz and comic strip route as a memorial to an important Rotterdam music history. The portraits are made by renowned cartoonists and illustrators. This is a portrait of Rita Reys (Rotterdam, 1924 - Breukelen, 2013). Since the international jazz festival of Juan-les-Pins (1960) Maria Everdina Reijs was regarded as Europe's First Lady of Jazz. She was accompanied by pianist Pim Jacobs's trio. She married him that same year. Rita was praised for her text handling, accurate timing and phrasing. Even at an advanced age, Rita Reys managed to surprise everyone again and again with her smooth swing, vitality and voice control. The portrait was made by illustrator Wilbert Plijnaar, who is a cousin of Rita. The painting is made with photosensitive paint. Atelier LEK made a lighting design with projected colors that create a spectacular effect. The lighting has been active since November 2019, making it seem as if a big party from a bygone era is announced every night. On the occasion of lighting up the portrait of Rita Reys, Wilbert Plijnaar gave as special guest a listening audio tour on the Oude Binnenweg. The jazz and comic route is realized by BKOR and Rotterdam Jazz Artists Memorial (R'Jam). With this route they try to save the Rotterdam jazz celebrities from oblivion. An extensive biography of the artists and musicians included in the series can be found at www.r-jam.nl. The vinyl album is in honor of this project Jazz from R'jam was released, on which all portrayed jazz musicians can be heard.

Wilbert Plijnaar (Rotterdam, 1954) is known as co-author of Sjors & Sjimmie en Clear. He is an illustrator, cartoonist and screenwriter of successful cartoons, such as Despicable Me and the Ice Age movies. Wilbert is a cousin of Rita Reys.