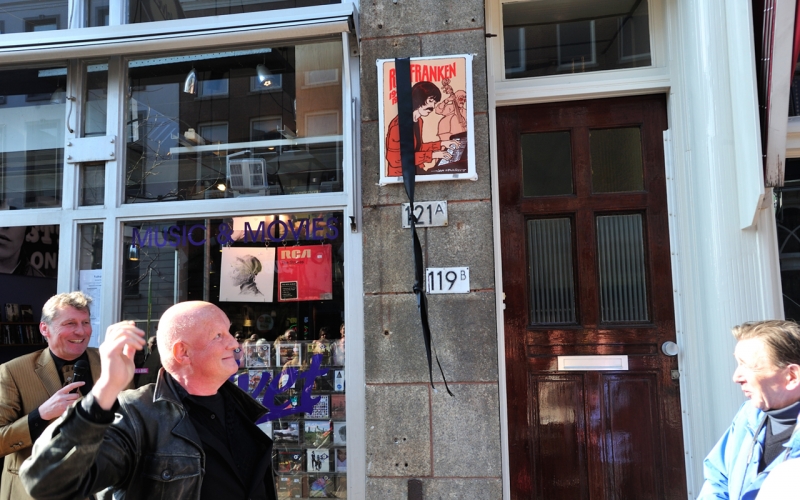 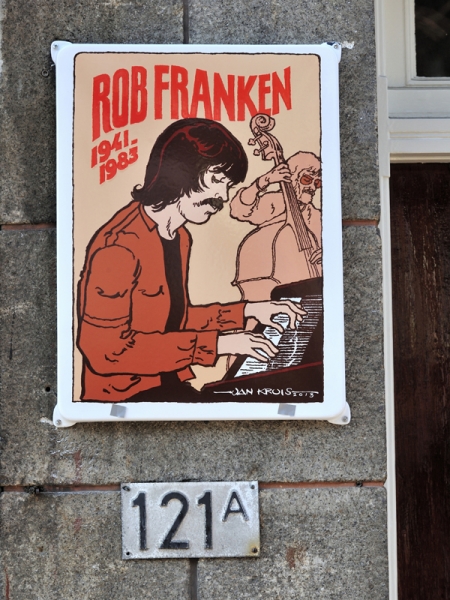 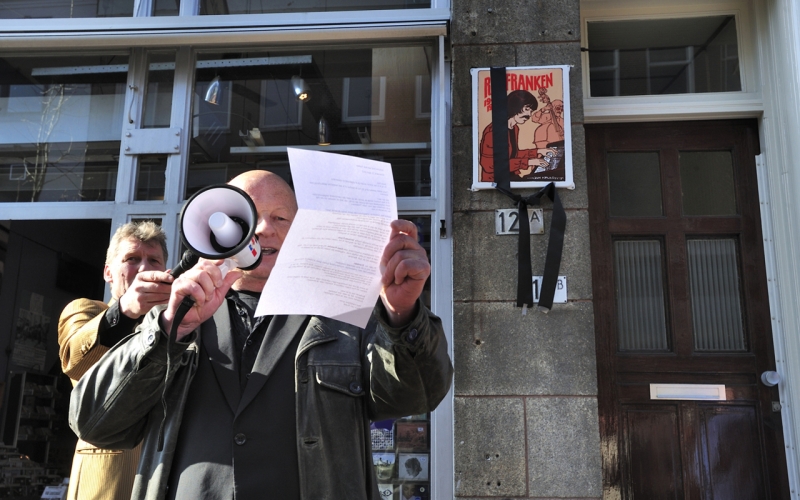 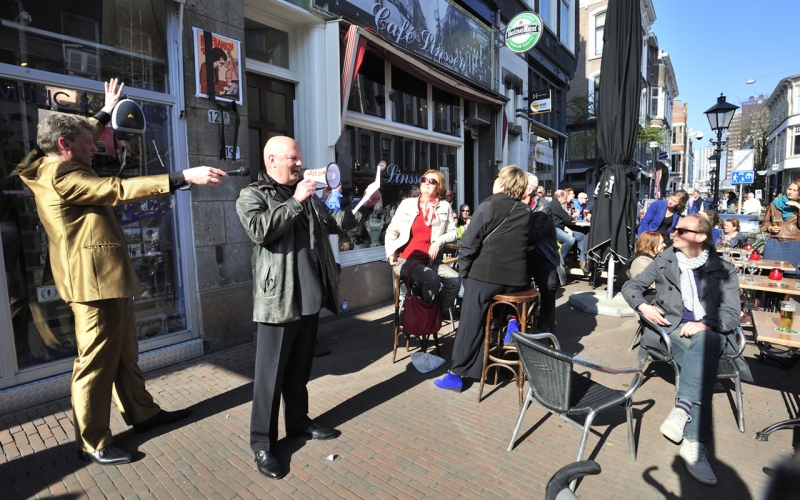 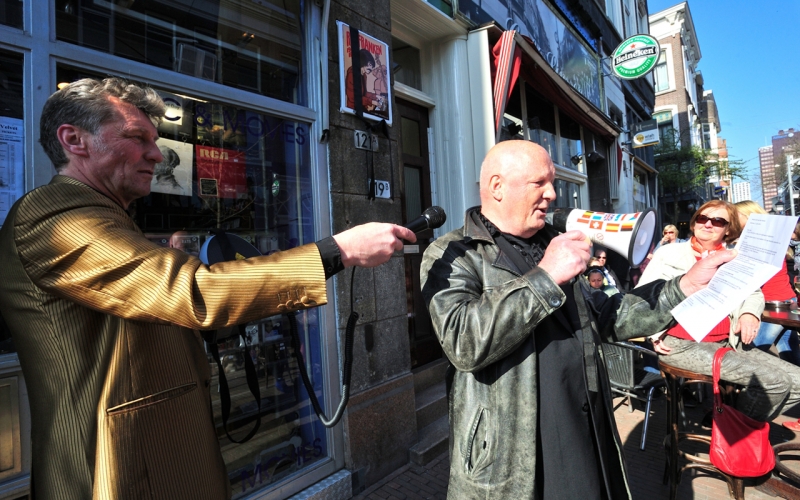 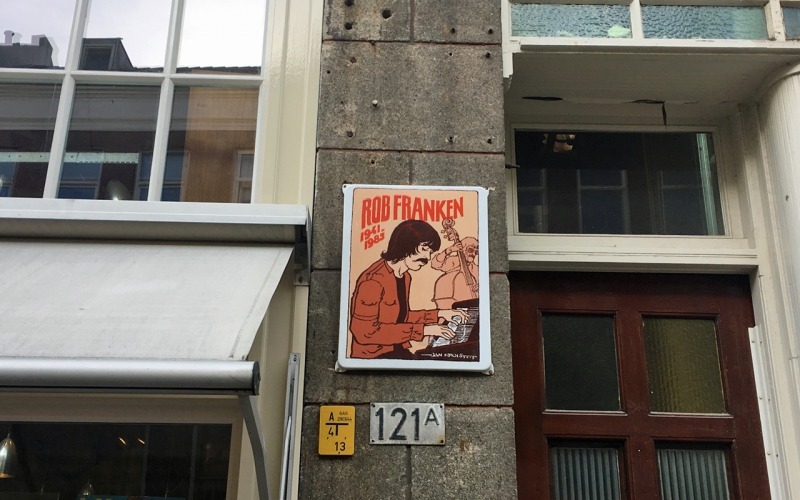 Since 2013 portraits of famous deceased Rotterdam jazz musicians have appeared on and around the Oude Binnenweg. The portrait series has grown into a jazz and comic strip route as a memorial to an important Rotterdam music history. The portraits are made by renowned cartoonists and illustrators. This is a portrait of Rob Franken (Rotterdam, 1941 - Rotterdam, 1983). He has played on more than four hundred LP records. He was considered one of the best pianists in Europe. He has mentored Clark Terry, Klaus Weiss, Joe Pass, Art Farmer and Booker Ervin. He was a pioneer on the Hammond organ, the Fender Rhodes piano and the ARP synthesizer. In the late sixties he caused a furore as an organist in his own formation The Rob Franken Organization and jazz rock group Scope. For many years he was the regular keyboard player of Jean 'Toots' Thielemans. The jazz and comic route is realized by BKOR and Rotterdam Jazz Artists Memorial (R'Jam). With this route they try to save the Rotterdam jazz celebrities from oblivion. An extensive biography of the cartoonists and musicians included in the series can be found at www.r-jam.nl. The vinyl album is in honor of this project Jazz from R'jam was released, on which all portrayed jazz musicians can be heard.

Jan Kruis (Rotterdam, 1933 - Mantinge, 2017) started as a professional draftsman at Toonder Studios. He became known for his semi-autobiographical comic strip Jan, Jans and the children, which he signed for the magazine every week for almost thirty years dragon-fly.