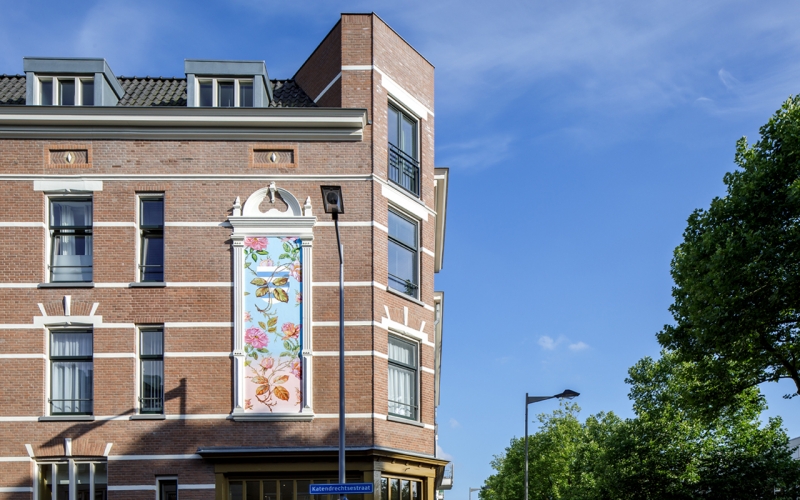 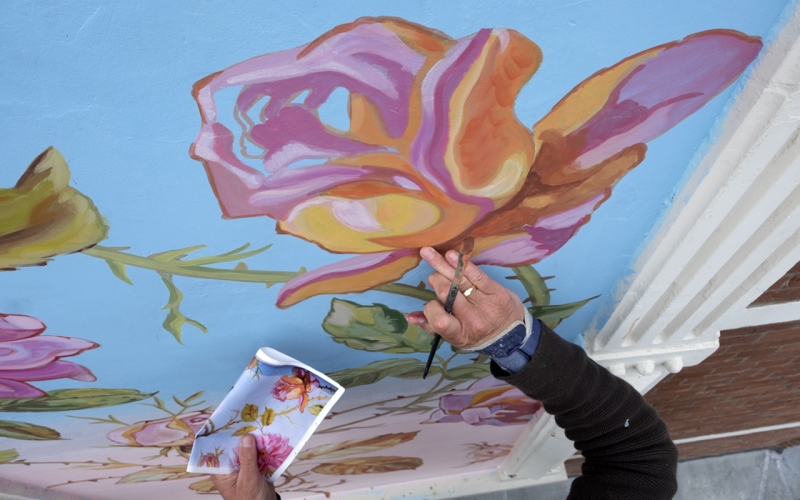 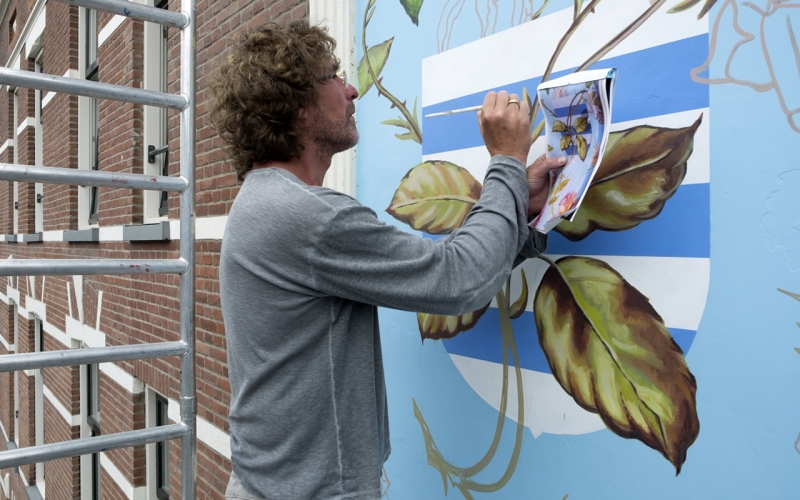 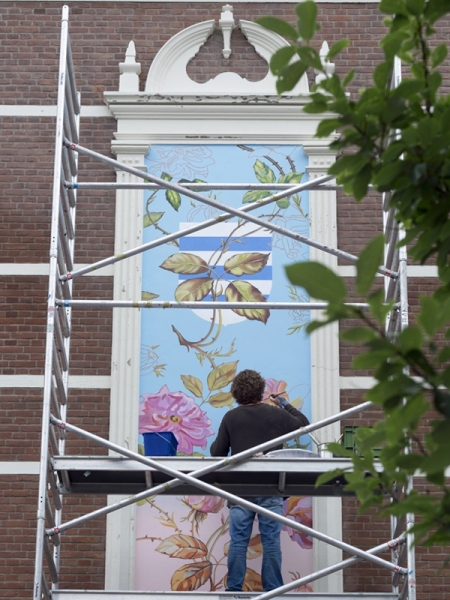 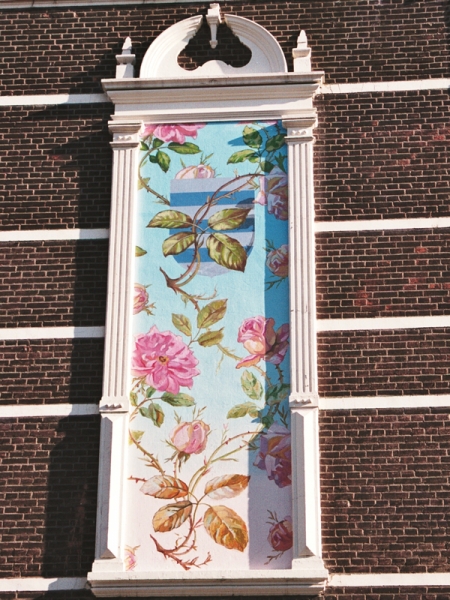 This wall painting by Rien Bout shows the coat of arms of Katendrecht, which consists of horizontal blue and white stripes. The painting was first executed in 1998, on a block of houses that would be demolished later. The work with the title Bull's-eye turned out to be so popular that it was performed again in 2017 by Atelier Leo Mineur. That was not originally planned because Bout had no specific connection with Katendrecht, but he was a real Rotterdammer. He worked on a realistic style in which he painted subdued scenes with a non-subdued palette: warm colors that contributed to a spiritual warmth. He placed recognizable objects - such as a coat of arms and roses here - in unusual combinations. He wanted to use it to evoke a new mystical-magical reality to break through the normal order of things. In reality this is not possible, fortunately it is in art. Here too: the shield is completely flat, two-dimensional, but roses move in front and behind, as if it were a spatial object. The roses are also in a kind of airless, which changes color from pink to blue. So at first glance, it is an ordinary, recognizable image, until you take a closer look. In the summer of 2017, this work and eight other ornamental frames, containing restored and new works of art in the Rotterdam district of Katendrecht, were completed. They have been realized in the project Cape color, a collaboration between Verhalenhuis Belvédère and BKOR.

The painter Rien Bout (Rotterdam, 1937 - Rotterdam, 2003) has built up an oeuvre of warm and colorful magical realism, with room for stylization and modesty. Bout was born and died in Rotterdam. In the 2003s he studied at the Rotterdam art academy. Then the rest of the world beckoned. He went to study in Antwerp and started a long series of trips, to Istanbul, Rome, Spain and Paris. He taught at the academy in The Hague, and also briefly in Mexico. From there he took a warmer palette with him, which can be seen in his paintings, of still lifes, human figures, the harbor, the landscape. With this Latin American color scheme he wanted to give mystique to his often everyday subjects, where he liked to play a game with 'autonomous art' and decoration: the images are often a flower curtain or a tablecloth, or as in his mural on Katendrecht a number of roses. that could have been on a wallpaper, but are now also the main subject. After a life full of art, he seems to have died in armor: he passed away in his studio on a Sunday evening in February XNUMX.