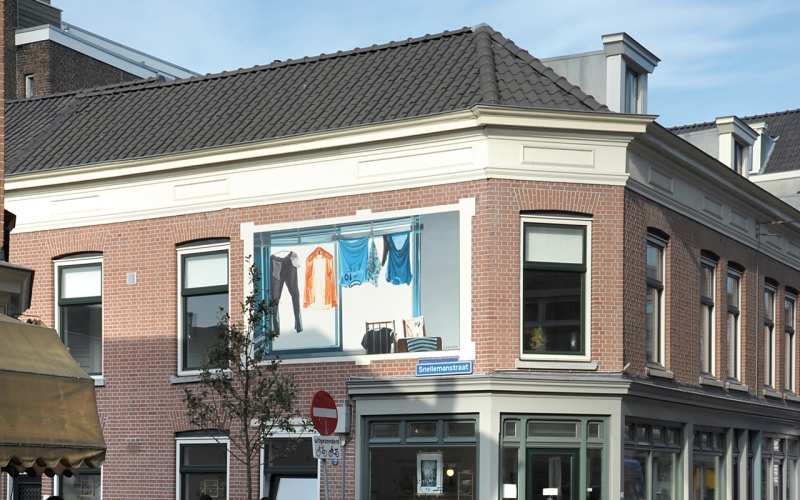 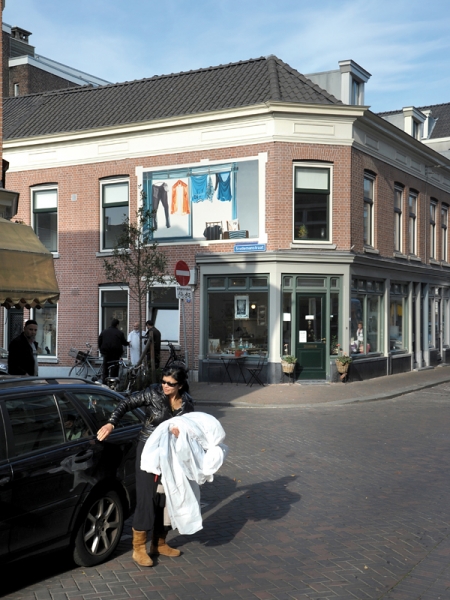 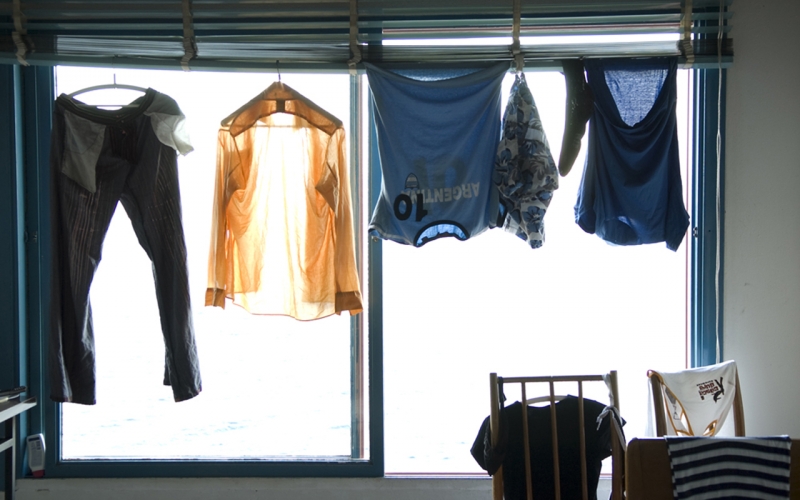 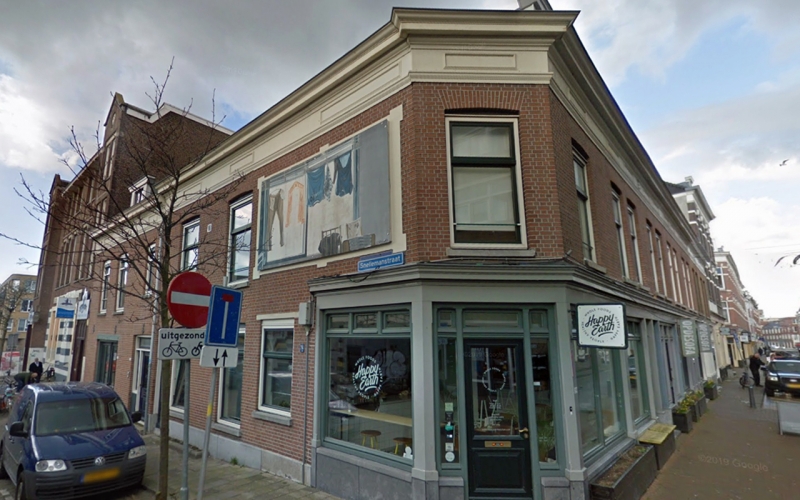 This work by the Rotterdam artist Eddy Kaijser forms together with the work Girl on a chair a diptych by Marcel Niehoff. The girl looks up The Laundry, a still life of laundry in a room. We see pants hung inside out next to a yellow blouse, two T-shirts and a sock. Some clothes are also hanging over a few chairs. It is painted from an existing photo of a hotel room, but has the nonchalance of a laundry attic, a typical interior space. The two artists wanted to create the idea of ​​a house, so that the street becomes more homely. Life is less rushed indoors than on the street. This assignment was part of a large-scale overhaul of the Zwaanshals by housing corporation Havensteder. They asked CBK Rotterdam to provide the renovated ornamental frames with a work of art. In 2011, a total of seven new paintings were applied around the Zwaanshals and two well-known works were restored.

Artist Eddy Kaijser (1975) lives and works in Rotterdam. In 2000 he founded his own studio ID Eddy, with which he mainly makes designs for public space. He uses his intuition and spontaneity of his mind to come to creations. Inspiration comes from his travel experiences. He records the various local expressions and uses them in his work. This gives his art a strong international character. The subjects he focuses on are about life, the experience of it and in particular its eventual decline. He uses various techniques such as photography, video, painting and installations.