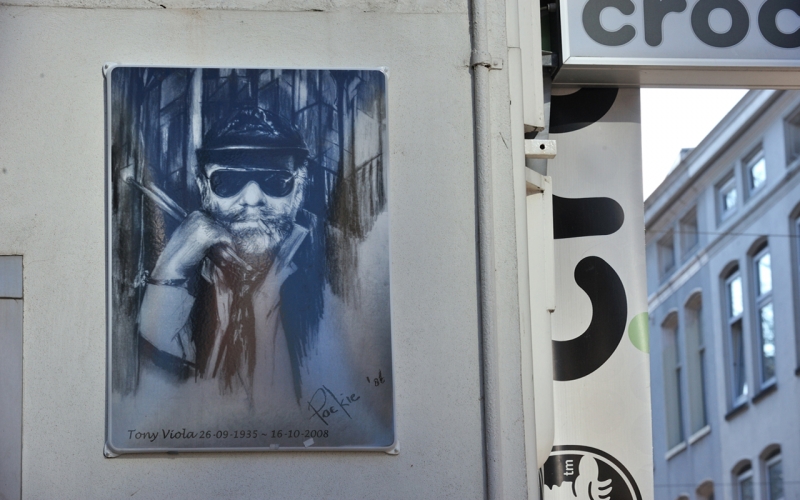 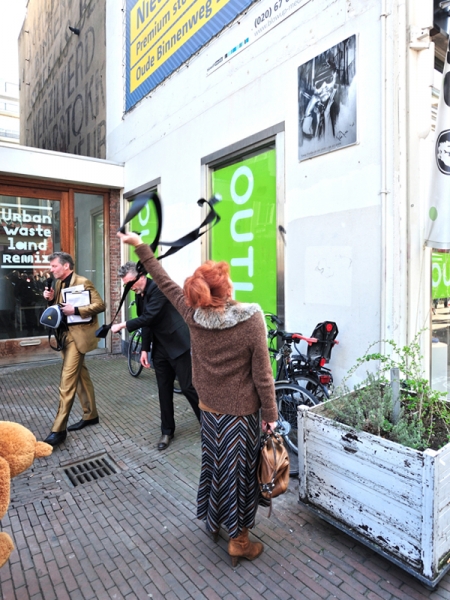 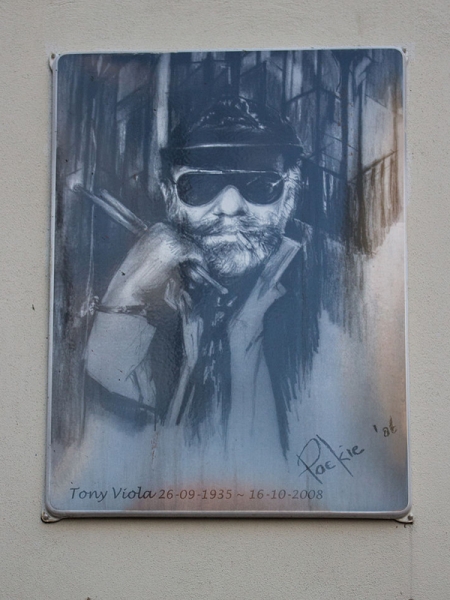 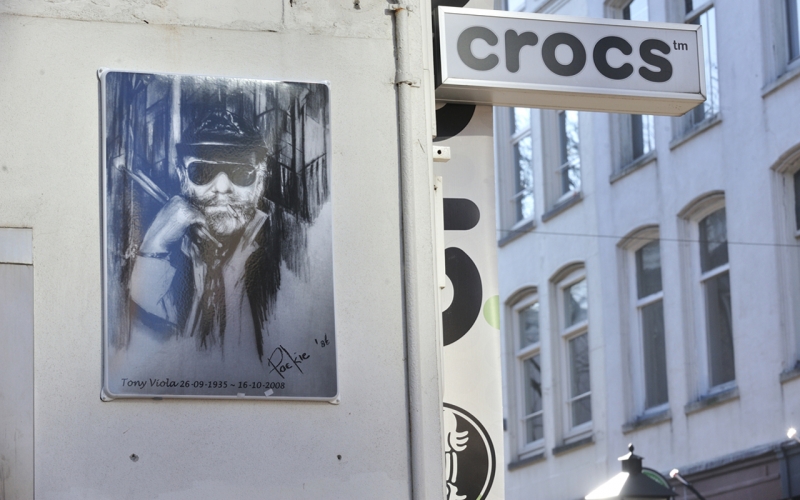 Since 2013, portraits of famous deceased jazz musicians have appeared on and around Oude Binnenweg. The portrait series has become a jazz and comic route as a memorial to an important music history in Rotterdam. The portraits were made by renowned cartoonists and illustrators. This is a portrait of Tony Viola (Rotterdam, 1935 - Rotterdam, 2008). Antonius Adrianus 'Tony' Viola studied percussion with the socialist harmony association Tot Steun in de Strijd and the conservatory at Mathenesserlaan. Viola became a much sought after percussionist with the Green Swan Sextet, The Millers, Malando, Piet van Dijk and the Quintet of Piet Noordijk. From 1978 to 1998 he was the musical accompanist at the Rotterdam Dance Academy. Tony worked in various productions of the Ro Theater, but became world famous in Rotterdam as a schnabbler in the cafe circuit. The jazz and comic route was realized by BKOR and Rotterdam Jazz Artists Memorial (R'Jam). With this route they try to keep the Rotterdam jazz celebrities from being forgotten. An extensive biography of the artists and musicians included in the series can be found at www.r-jam.nl. The vinyl album is in honor of this project Jazz from R'jam was released, on which all portrayed jazz musicians can be heard.