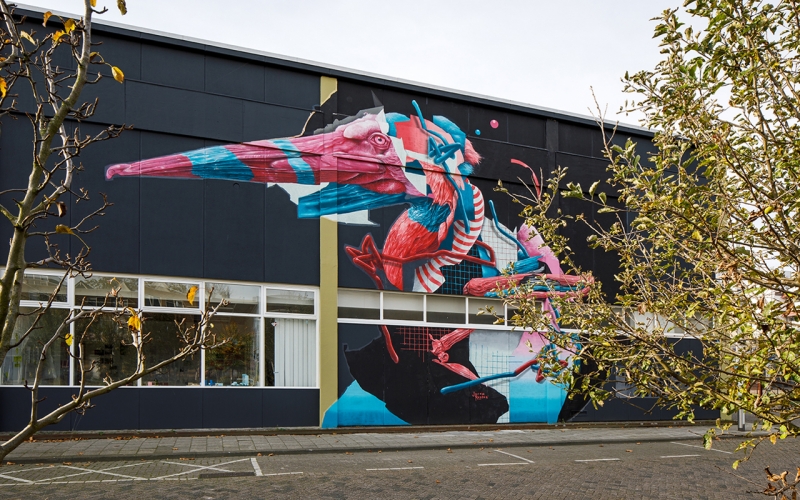 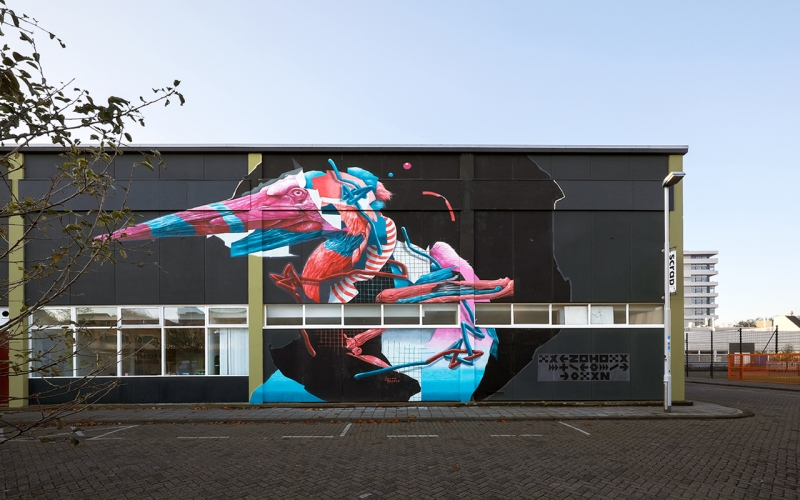 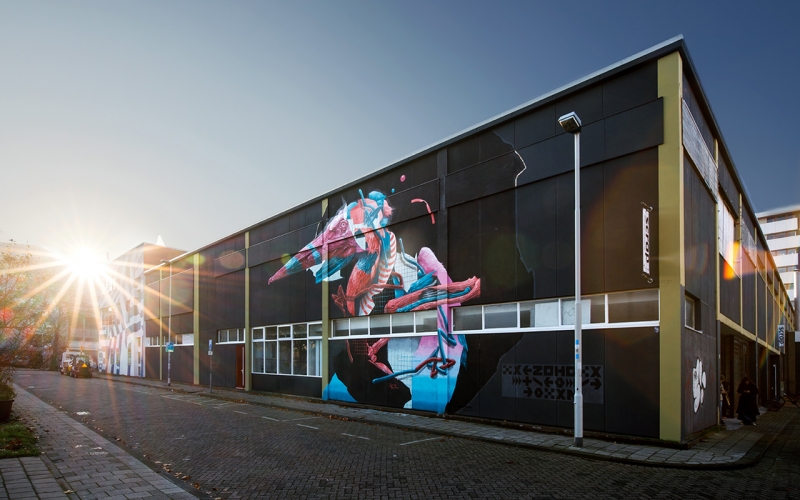 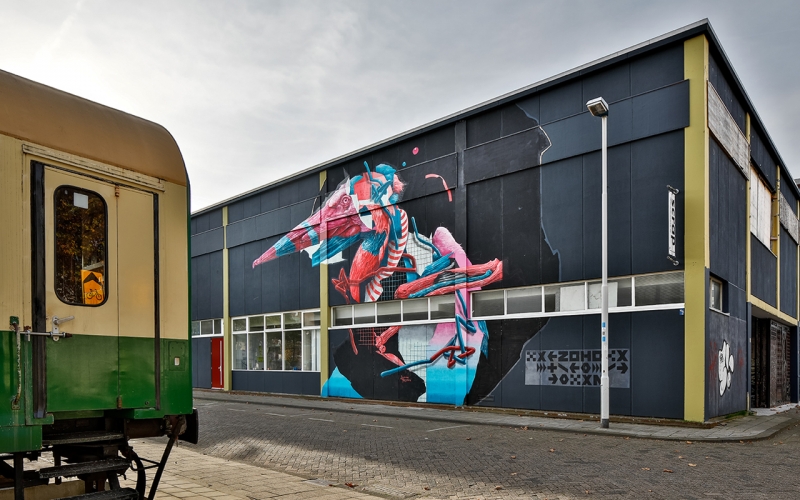 For the Sober Walls event of the artist collective Sober Collective, three large murals were realized in Rotterdam Noord. One on Vletstraat, one on Erasmusstraat and this one on Schoterbosstraat. This work was given the title Tropic Thunder and was created by Jouram Roukes. The murals were completed on July 16, 2017. Havensteder is the owner of the building and has given permission for the painting. CBK Rotterdam contributed to the realization of Sober Walls through financial support.

Joram Roukes (Lelystad, 1983) studied Autonomous Visual Arts at the Minerva Academy in Groningen. After that he worked and lived in Brooklyn, New York and Los Angeles for some time. Since 2015 he has been working on large-scale murals, which are both dark and humorous.