From Chile to Rotterdam and back (1999) Jorge Kata Núñez 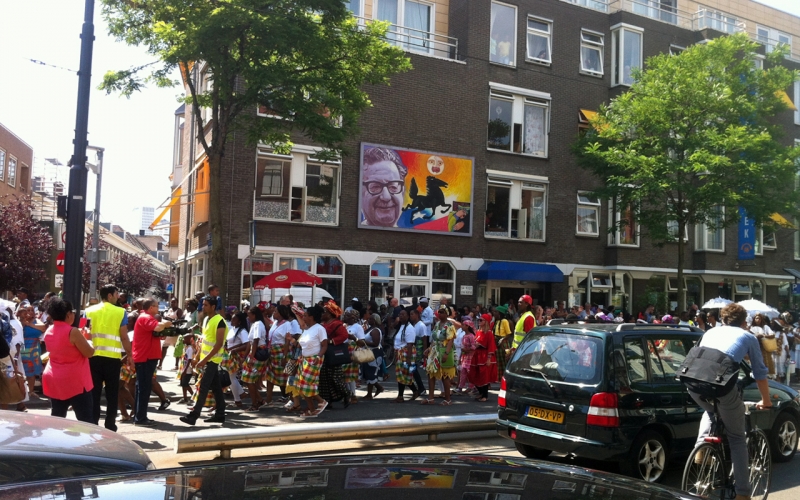 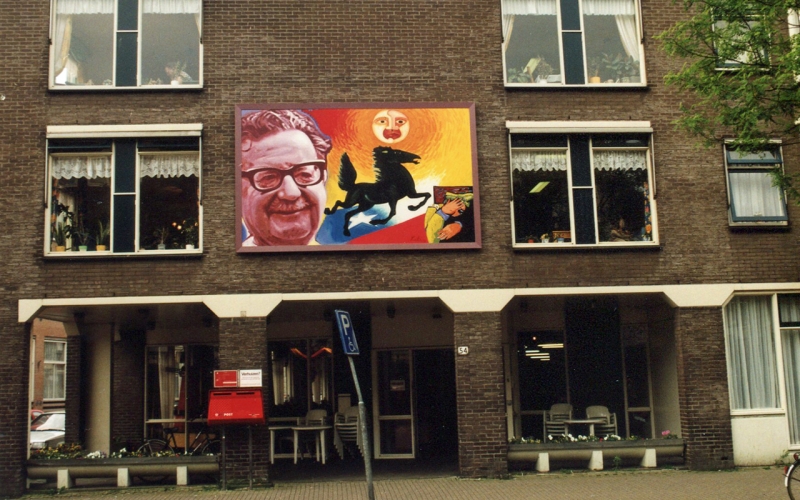 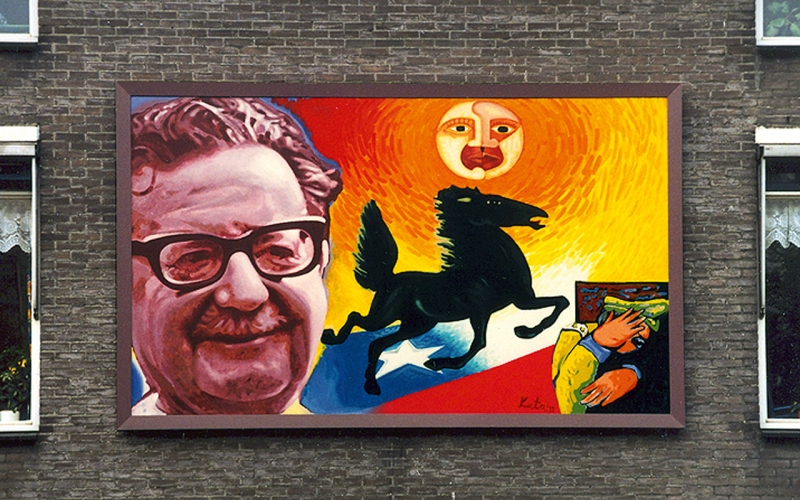 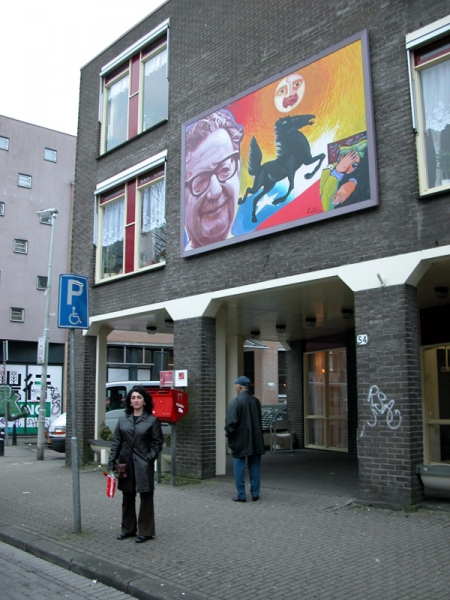 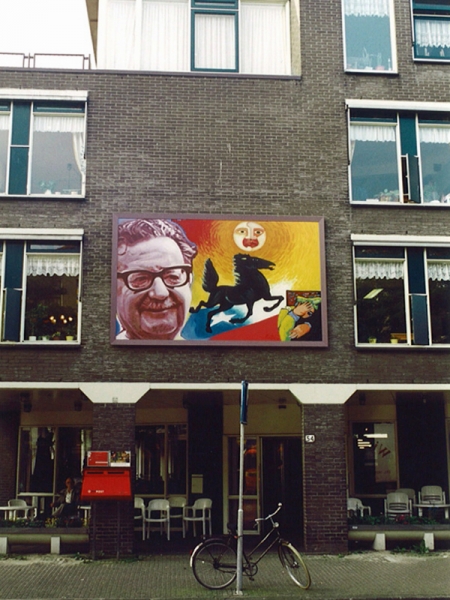 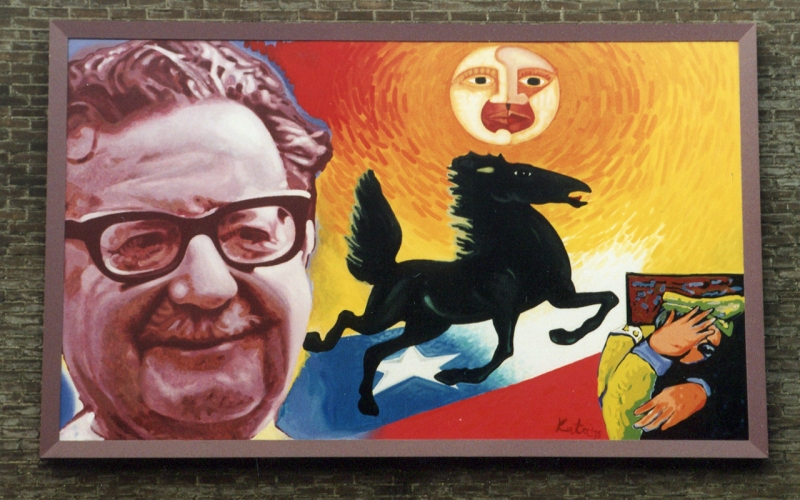 In 1998, it was twenty-five years since the government of Salvador Allende in Chile was overthrown by General Pinochet. After the fall and death of Allende (1908-1973) many Chilean refugees came to the Netherlands. Among these refugees were many poets, musicians and artists. The Chilean painters' brigades made colorful indictments against injustice and deception in a clear visual language: sunny, poetic and pure. At the start of 1999, this episode from Chilean history was commemorated with exhibitions, debates and a festival. The work of the Chilean artist Jorge Kata Núñez was part of this. Kata made this painting on the initiative of Projectgroep Vluchtheuvel From Chile to Rotterdam and back. On the left is a friendly smiling Allende. In the center, a black horse gallops, symbolizing freedom and energy and referring to an untameable desire of hope and optimism. The horse treads over the Chilean flag, the white of which fades into the rays of the sun that floods the horizon with light. At the bottom right is a figure who sympathizes with the dictatorship and goes down in a gesture of shame. The mural was part of the exhibition 'Chileans in Rotterdam - 25 years after Allende'. The painting was applied to nursing home “De Leeuwenhoek”. This location has been chosen in consultation with the Aktiegroep Het Oude Westen and the Humanitas Foundation.