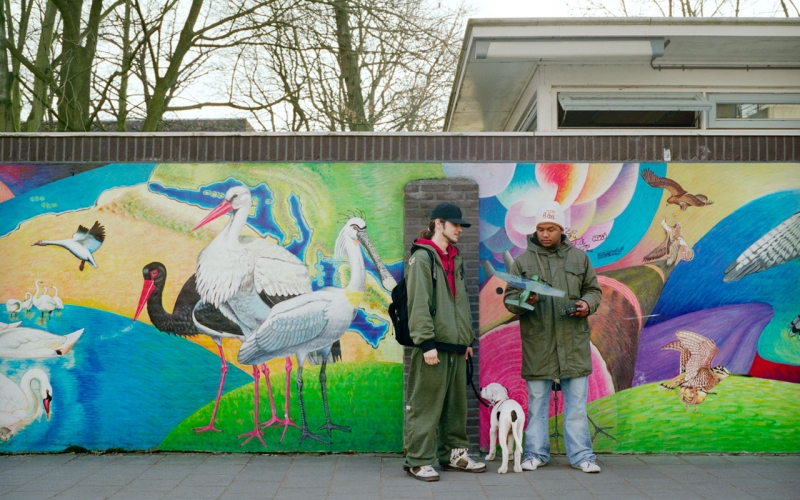 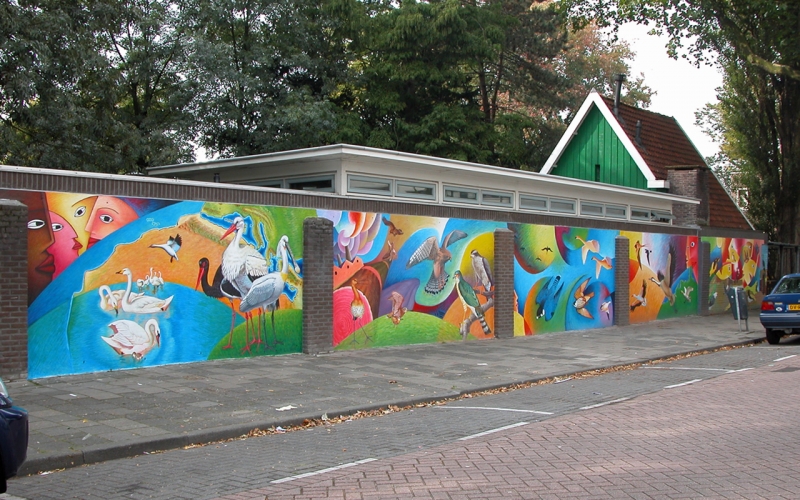 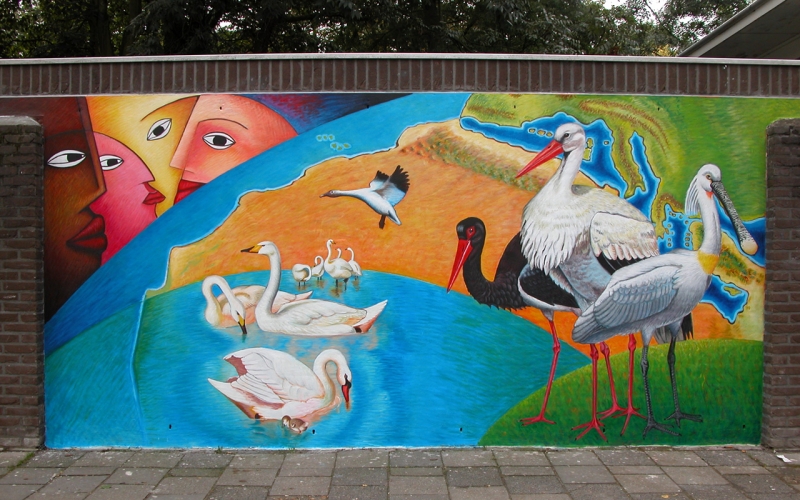 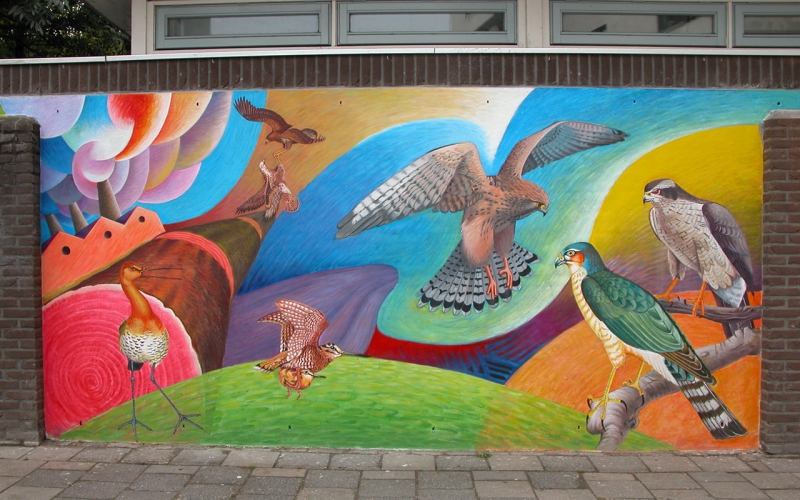 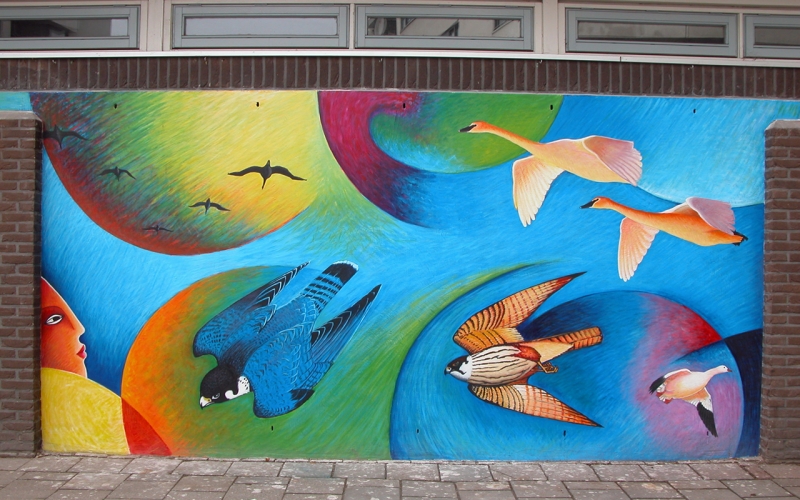 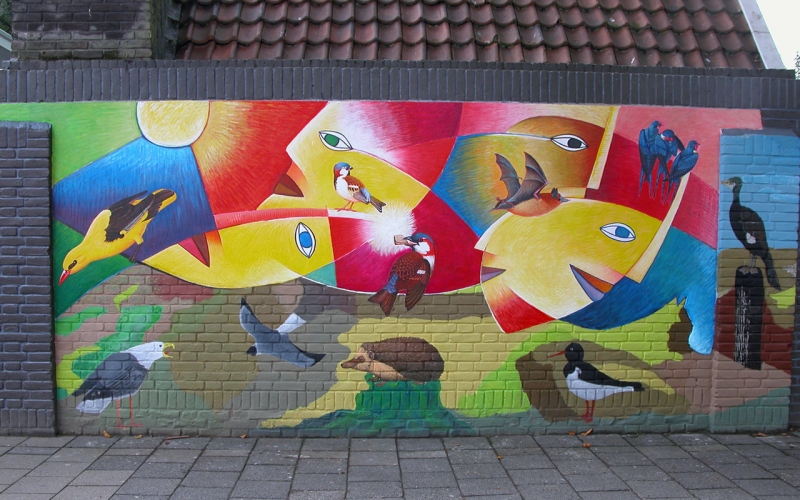 Sick, injured and young birds are taken care of in the Bird Class Karel Schot shelter. The center is located on the Afrikaanderplein in the heart of the Afrikaanderwijk. Besides birds in need of help, other animals can also go there, such as hedgehogs and bats. In total, more than 8.000 animals end up in the Bird Class every year. Only one in three is strong enough after being cared for for a while to be released into nature. When housing corporation Vestia Rotterdam Feijenoord asked residents of the Afrikaanderwijk to come up with initiatives for their neighborhood, two residents suggested the idea of ​​installing a work of art on the outside wall of the Vogelklas. The Chilean artist Jorge Kata Núñez was commissioned by CBK Rotterdam to make five large murals. On October 23, 2003 they were unveiled by Joke Bruijs: five tropical landscapes with colorful birds that give this neighborhood a whole new look. The five paintings on the brick wall together form one whole. Jorge Kata Núñez designed five parts, each with its own theme: The Destination, People & Nature, The Journey, The Departure and The Bird Class. In the first part we see the Netherlands from above. The spoonbill, stork and crane are in the Netherlands. In the left corner we see human figures of various nationalities. The second part 'Man and Nature' symbolizes the threats to the birds: the industry in the top left corner and the endangered black-tailed godwit. The birds have attitudes as if they are in danger. 'De Reis' symbolically shows how birds experience the world when they are in the air. The fourth part is 'The Departure' and shows the migration of various birds, such as the swallow, crane and swan. They are checked by two figures at the top right. In the last part, Kata incorporated old children's drawings, which were already on the wall. We see the species present in the Bird Class, such as sparrows, gulls, swallows and a hedgehog, combined with stylized human faces. Perhaps a reference to the more than a hundred volunteers who work for the animals.