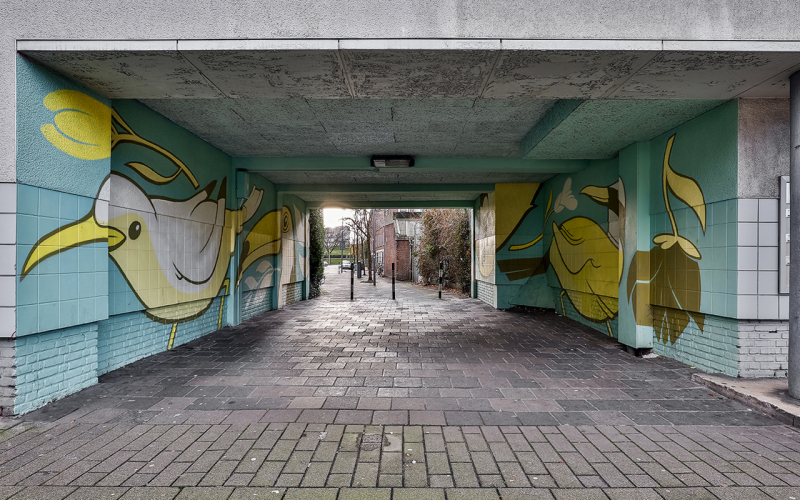 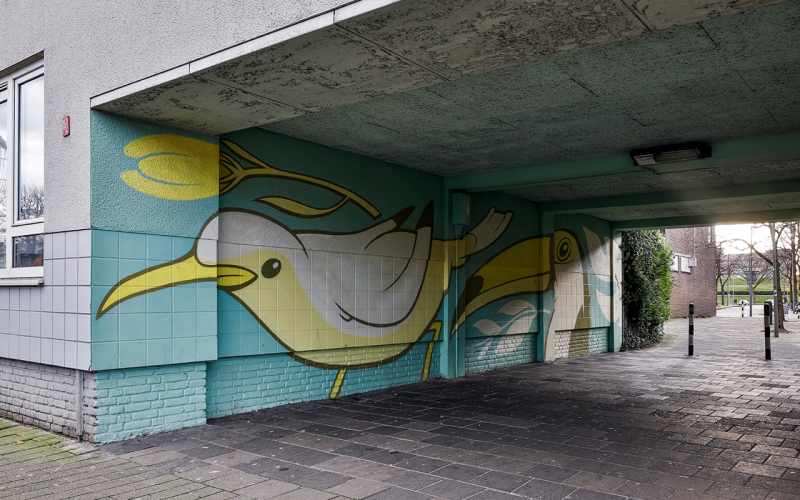 In the pedestrian tunnel between Schiedamseweg and Blokmakersstraat, a mural was applied in 2016 by the Rotterdam artist Danny Rumbl, or Ready2Rumbl. The painting is painted in soft blue, white and yellow tones. Various types of birds and flowers have been painted in a large format. The cheerful painting has given the viaduct a more pleasant atmosphere to walk through.

The Rotterdam artist and illustrator Danny Rumbl works under the name Ready2Rumbl. His style is characterized by the use of bright colors and a clear visual language, in which animals can often be found. He gets his inspiration from well-known food and fast food characters. In addition to Rotterdam, Ready2Rumble has made murals in Vienna, Bristol and Paris, among others.