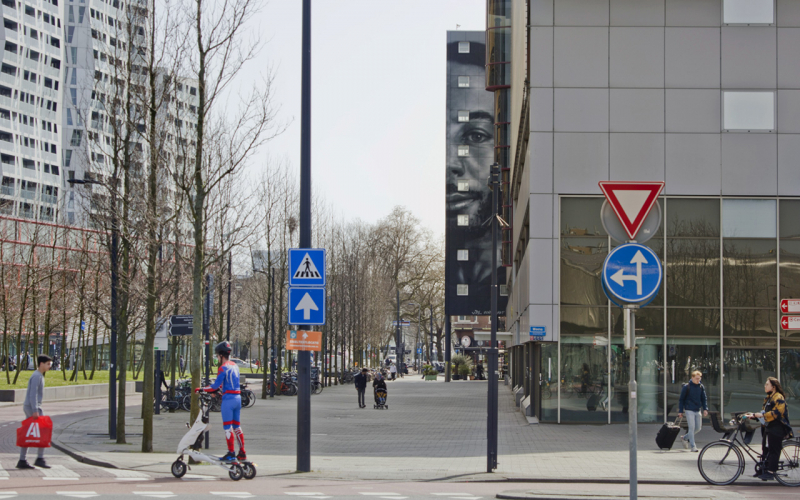 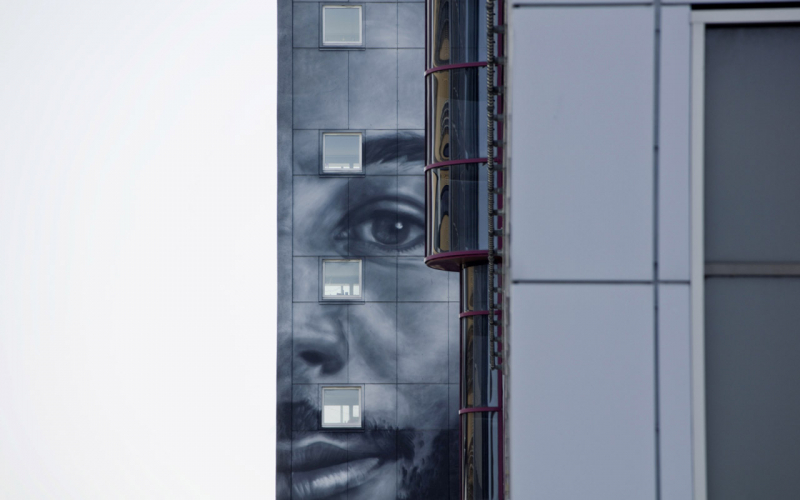 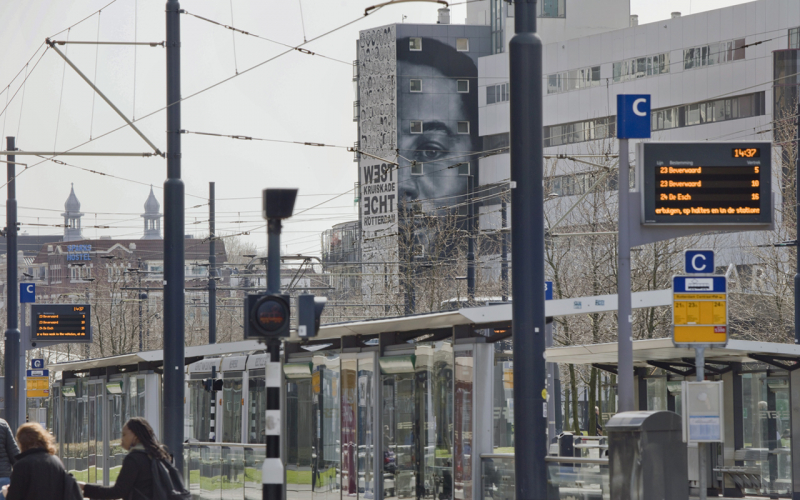 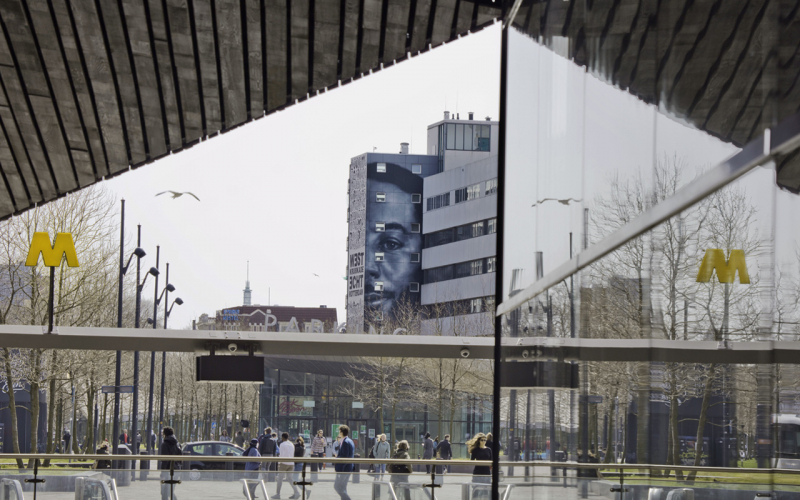 In 2018 JDL Street Art, or Judith de Leeuw, made a gigantic mural of the Rotterdam rapper Winne on the Kruisplein. Winston Bergwijn (Paramaribo, April 20, 1978), better known as Winne, grew up in the Old West. He himself had to get used to the idea of ​​seeing his head that big on a building, but he hopes to inspire and motivate others with it. De Leeuw spent a week working on the eight-storey mural. The assignment to JDL Street Art has been given by the Rotterdam Street Art Museum, a collective that started in 2017 with the aim of realizing more street art on the West-Kruiskade and the 1e Middellandstraat.

Judith de Leeuw (Amsterdam, 1995) works under the name JDL Street Art. De Leeuw started as a graffiti artist at a young age, but later discovered her love for making murals. Around 2015 she made the transition to creating realistic murals and became known for her portrait of Amy Winhouse (2016) in Amsterdam. This was followed by various requests from abroad. Works by JDL Street Art can be found in Kuala Lumpur, Petra, New York, Miami and Rome, among others. In 2017 De Leeuw won the Dutch Street Art Award and in 2019 the Young Amsterdam Award.