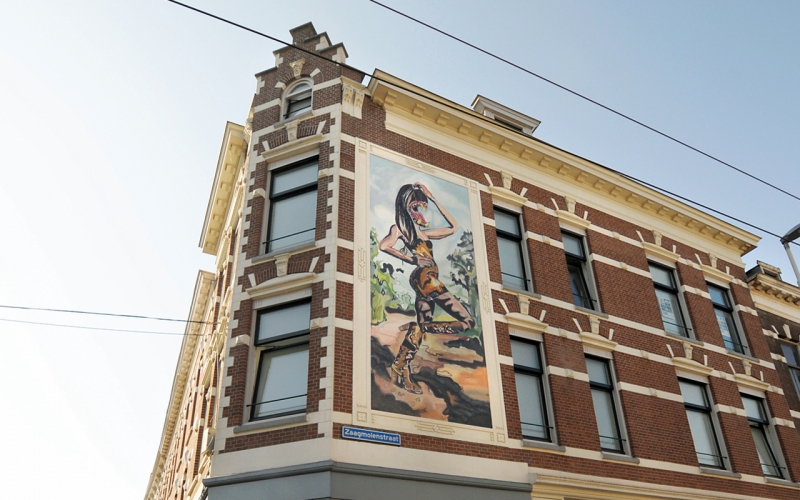 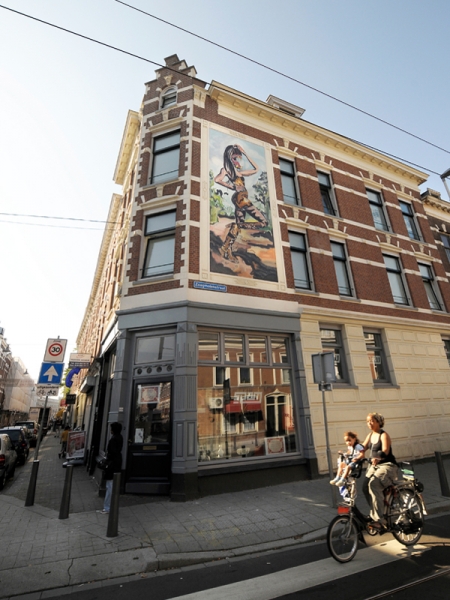 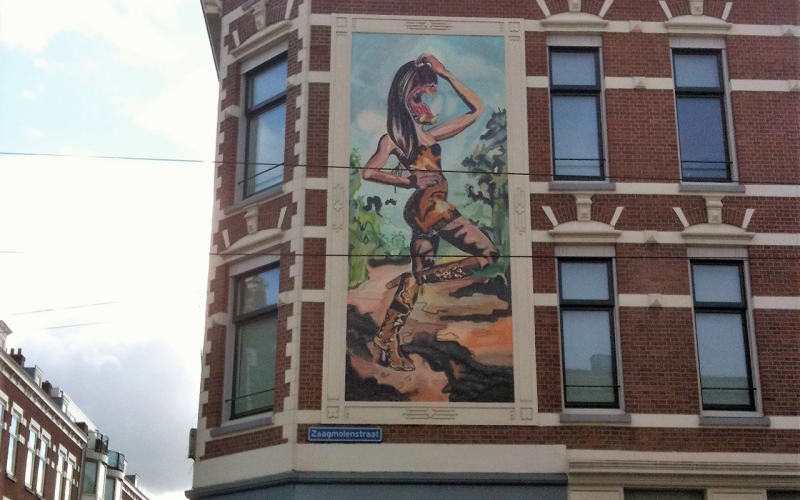 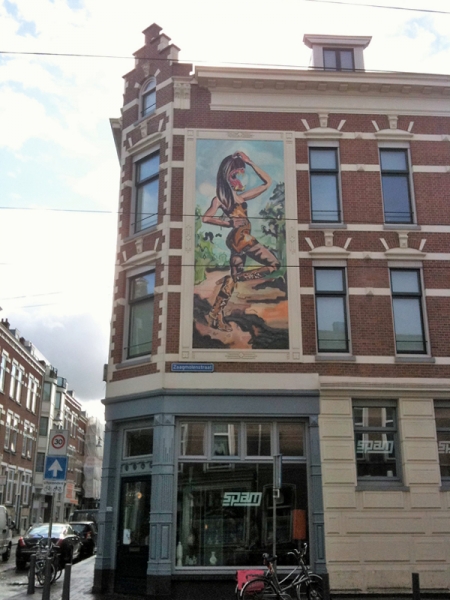 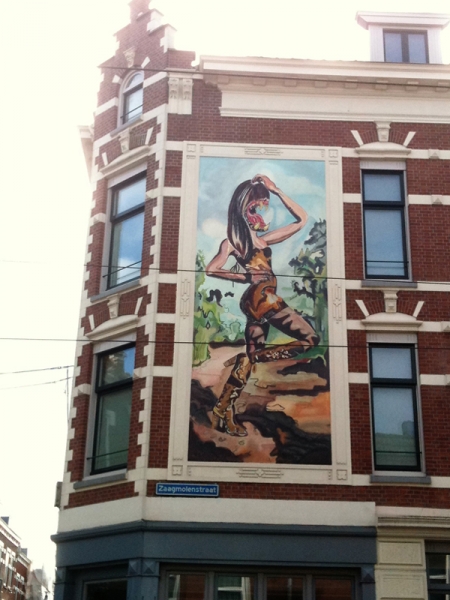 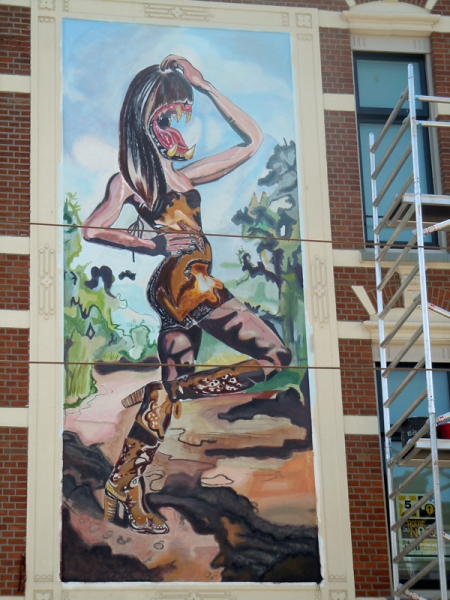 In 2011, CBK Rotterdam, in collaboration with Havensteder and Sonor, developed a plan to provide the renovated ornamental frames around the Zwaanshals with a work of art. Seven new paintings have been applied and two well-known works have been restored. The Rotterdam artist Charlotte Schleiffert made one of the seven works. For this commission she painted a primeval woman, half human, half predator, in a jungle suit - a type of clothing that is not very unusual in the streets of many large cities. Although Schleiffert performs this character and the clothing more grotesquely than reality. Her drawings and paintings are about the different sexes, Schleiffert argues, and especially about power and love in human relationships. She also plays with trends, which she picks up in the media and in the city. Her work reflects urban energy: the rawness of the urban jungle. In the old North, a neighborhood with history and vitality, multiculturalism and all major city characteristics, her work is well suited. It was given a high standing ornament frame as a location. This suits both the standing formats she works in - vertically rising women - as well as the large dimensions she is used to. Her figures, with their individualistic expression, are always larger than life. The woman with snapdragon seems to have been driven out of the African continent to maintain order in Rotterdam.

Charlotte Schleiffert (Tilburg, 1967) lives and works in Rotterdam. She studied at the Royal Academy for Art and Design in 's Hertogenbosch and subsequently at the Ateliers in Amsterdam. She makes large drawings, paintings and installations. Gender issues play a central role in her committed work, as do intolerance, power, violence, oppression and displacement. A constant in her work are the hybrid creatures that emerge in it. They unite different cultures, times and genders. Those figures are not always happy with their lives and dreams of an alternative. They embody the desire for a different world. In 1999 Schleiffert won the Prix de Rome. Her work has been shown in more than forty solo exhibitions in Belgium, Germany, Italy, China, Indonesia and New Zealand, among others.