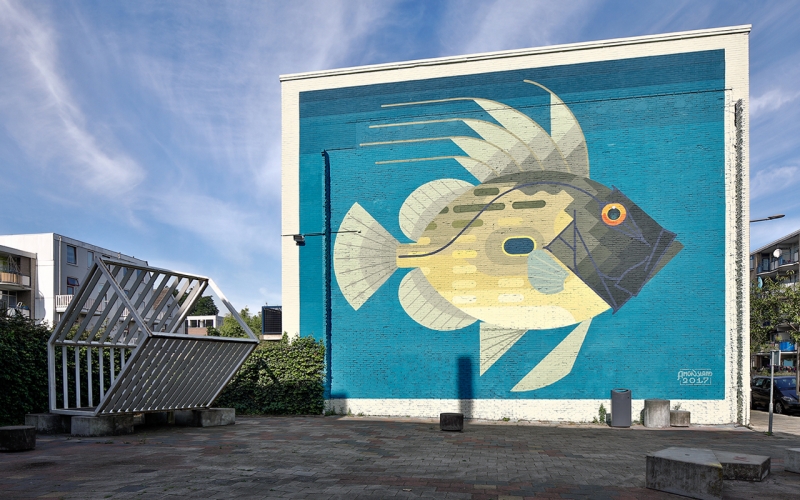 For the Sober Walls event of the artist collective Sober Collective, three large murals were realized in Rotterdam Noord. One on Vletstraat, one on Schoterbosstraat and this one on Erasmusstraat. This work was given the title Zeus faber, the Latin name for John Dory, pictured here. The mural was created by Amok Island. The work was completed on July 16, 2017. Havensteder is the owner of the building and has given permission for the painting. CBK Rotterdam contributed to the realization of Sober Walls through financial support.

Amok Island (Amsterdam, 1983) is a multidisciplinary artist, currently based in Western Australia. If he were not an artist, he would be a biologist. In this way he gets his inspiration from scientific illustrations by early naturalists. With minimal form and color he tries to present his subject realistically. He has painted murals in more than 25 countries.