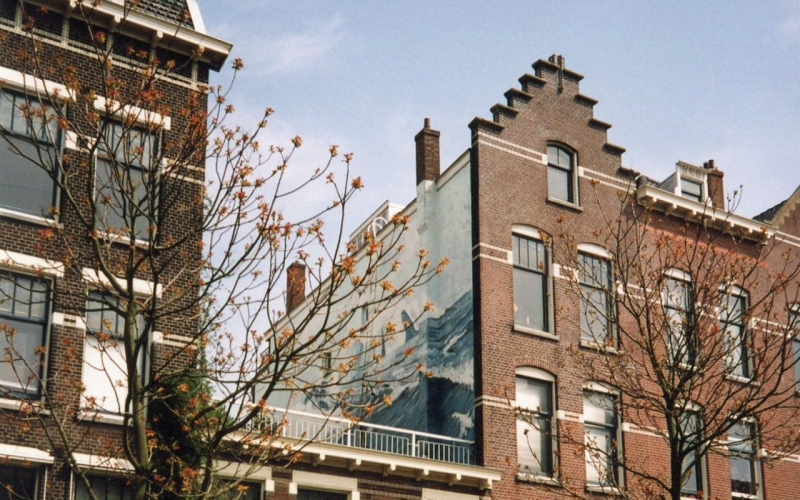 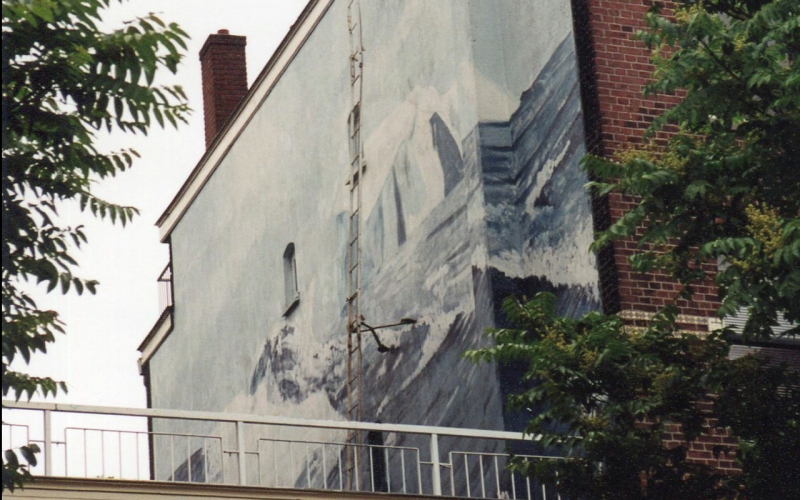 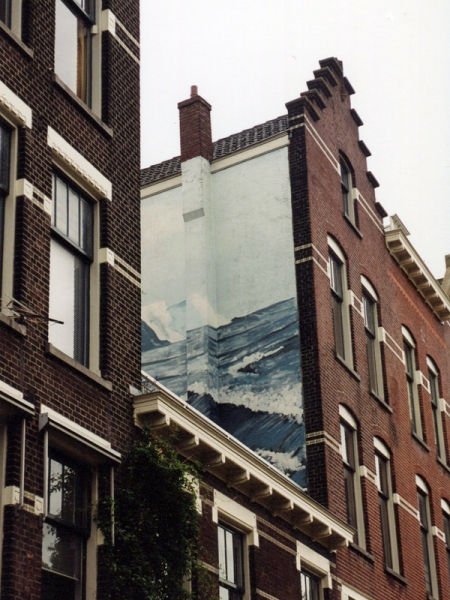 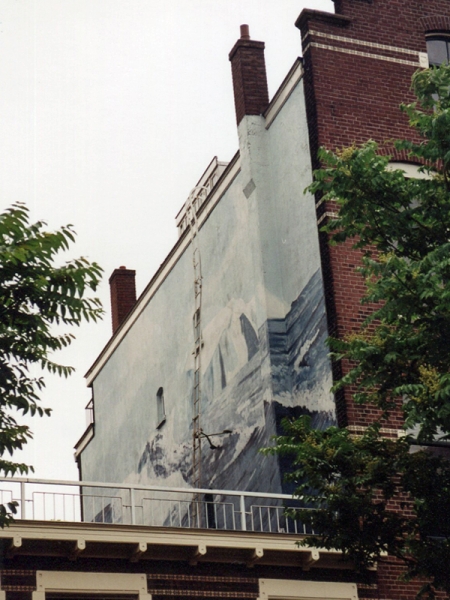 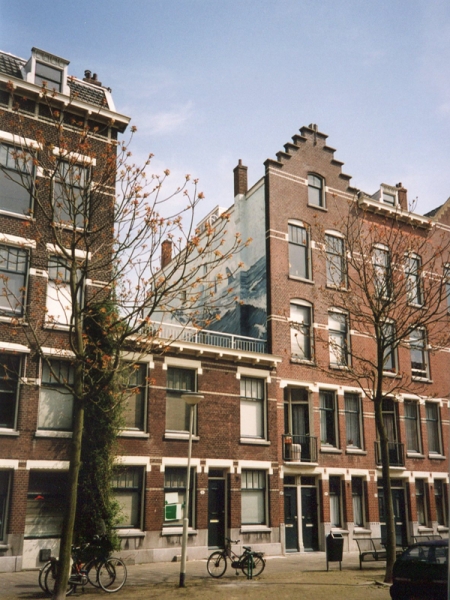 The NE Gallery (NE stands for Noordereiland) has been on the corner of the Maaskade and Sleephellingstraat since mid-80. Artist Joe Cillen runs this gallery on the ground floor of his home. Cillen is the founder of the project MS Noordereiland, or Motor ship Noordereiland. As part of this project, Cillen has the mural behind his gallery in 1996 View of Cape Horn painted. The work is at the height of the 3e and 4e floors and can be seen just from street level. Cillen painted Cape Horn, the southernmost point of South America. Due to strong currents and harsh weather conditions, rounding the Cape is a challenge for sailors. read here the opening speech by Henk Oosterling on the occasion of the unveiling of this mural in December 1996.

Joe Cillen (Paal, 1945) is a former skipper and conceptual artist, who expresses himself through both installations and painting. He has been working on the 'MS Noordereiland' plan since around 2000, in which he sees the Noordereiland as a large motor vessel.