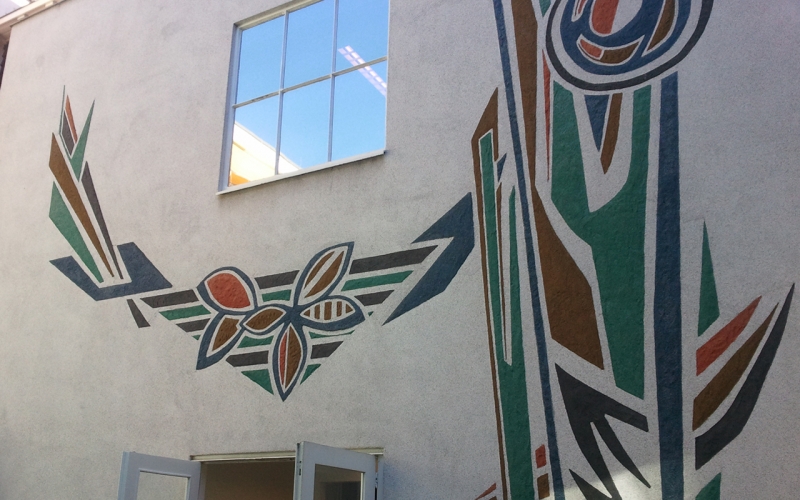 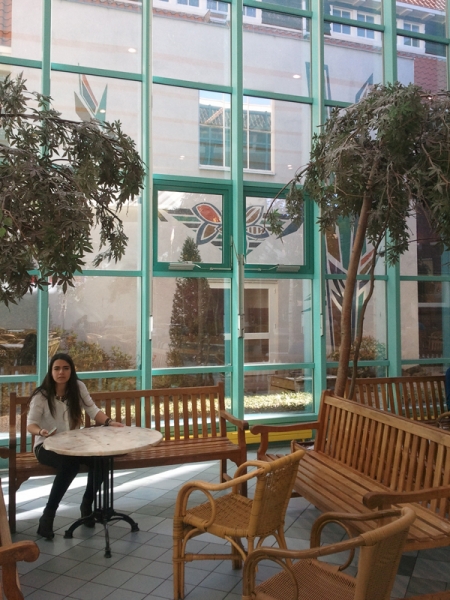 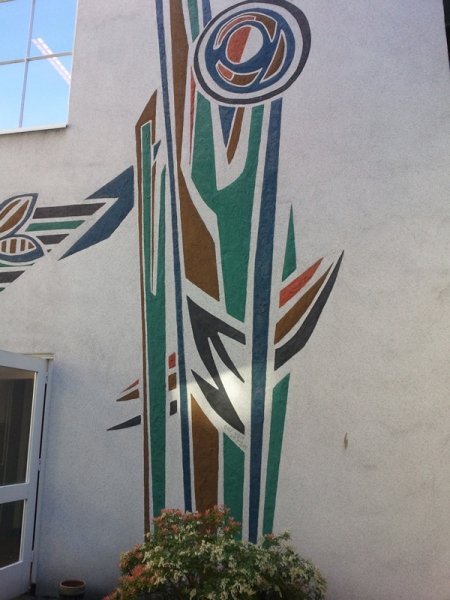 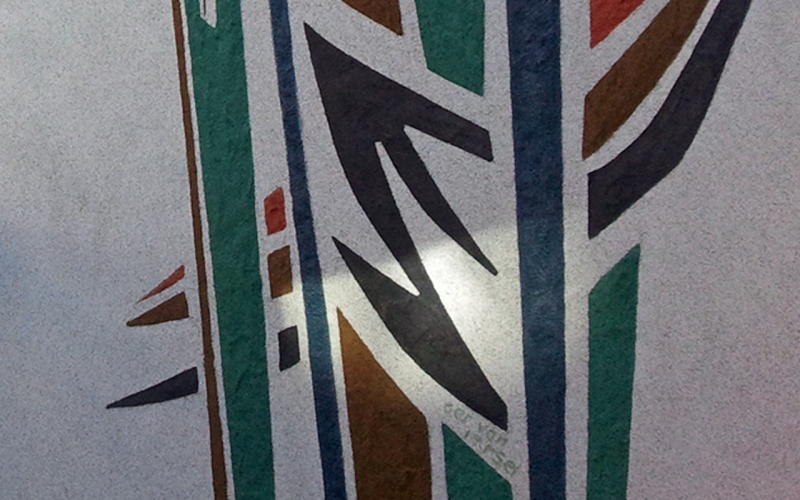 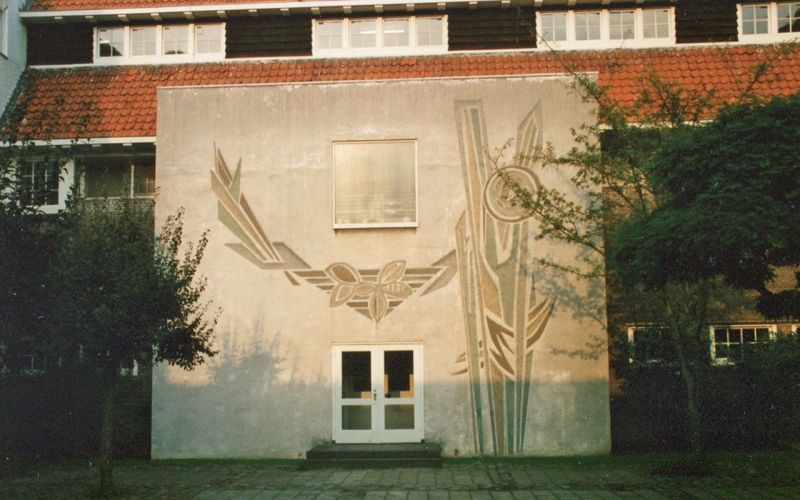 For a long time it was unknown who made this work, but the signature of the artist is small in the work, namely monumental artist Ger van Iersel. The facade decoration was probably made around 1960. The artist used natural elements, such as a tree, sun and bee, as decorative qualities. Resembling garlands, but given them a much more autonomous expression. That makes this a special combination between visual expression and applied ornamentation. Later, the Calvin School at Mare 67 in Vreewijk was renovated, expanded with a new building. In addition, this facade and sgraffito have been spared and built into a kind of small patio. It is still clearly visible from the school canteen through a glass wall.