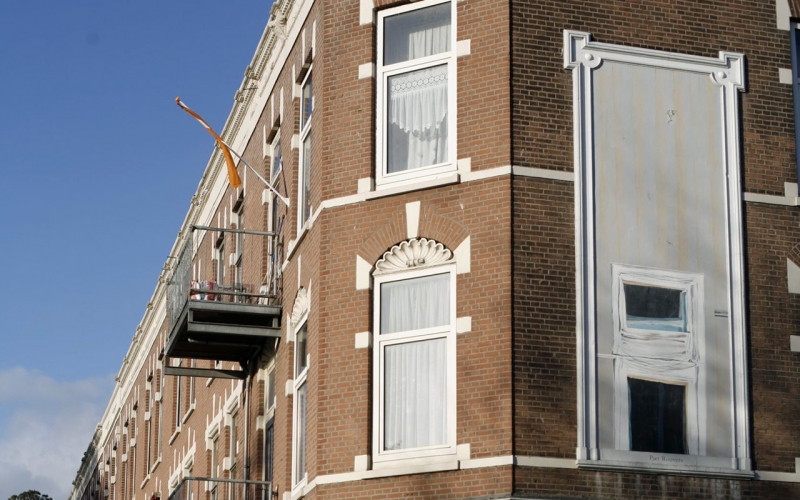 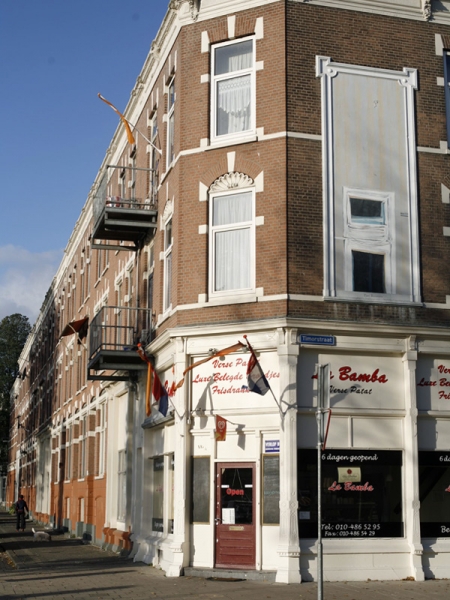 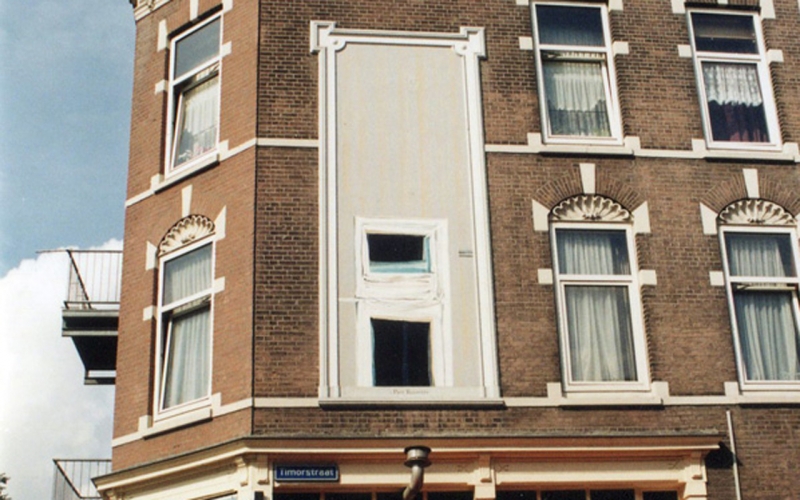 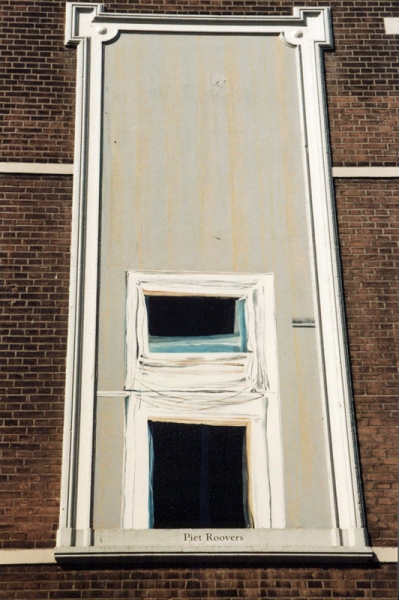 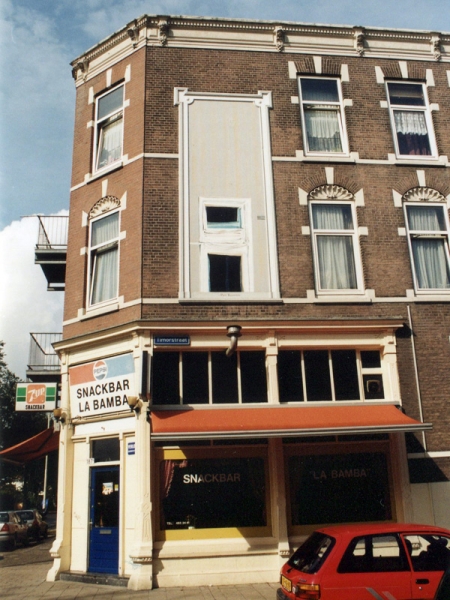 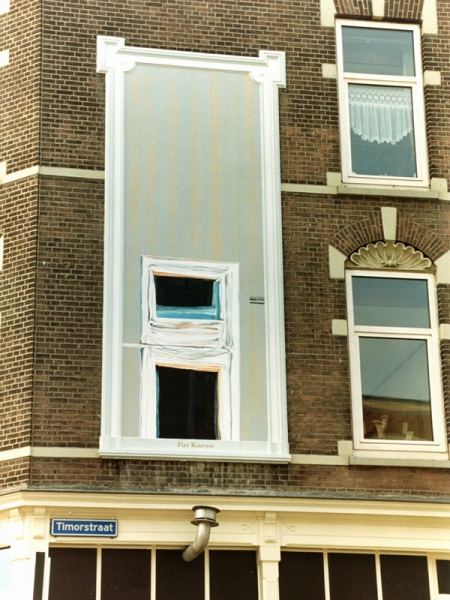 In the Timorstraat, three ornament frames hung on the facades. In addition to a work by Daan van Golden and Dolf Henkes, there was also a painting by the Rotterdam artist Piet Roovers. In 1990 Roovers made this painting of an upper window above a visible door. It was a somewhat modest color drawing, floating between figuration and abstraction. A striped wallpaper was painted in the background. The residential block was outdated and was demolished in 2015. On the new building in 2017 the ornament frame with Piet Roovers' painting has not been reapplied.

The Rotterdam artist Piet Roovers (Rotterdam, 1924 - Rotterdam, 1997) was a painter, draftsman, graphic artist and wall painter. Together with a number of other Rotterdam artists, including Wally Elenbaas, Gust Romijn, Henk de Vos and Piet van Stuivenberg, Roovers was part of the Venstergroep in the XNUMXs, after his academy, which regularly exhibited in 't Venster.