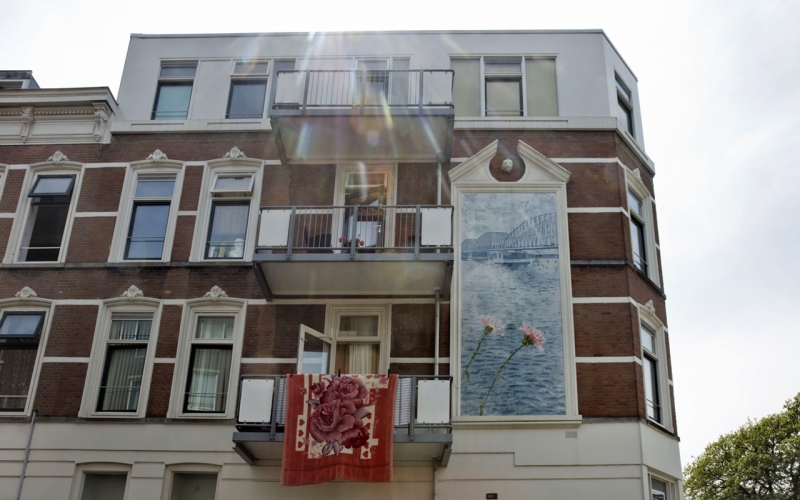 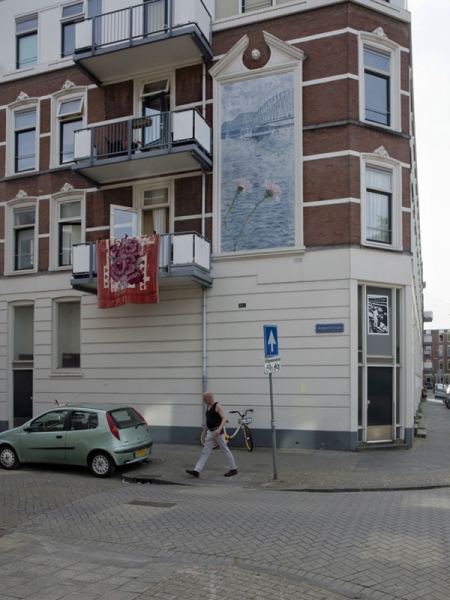 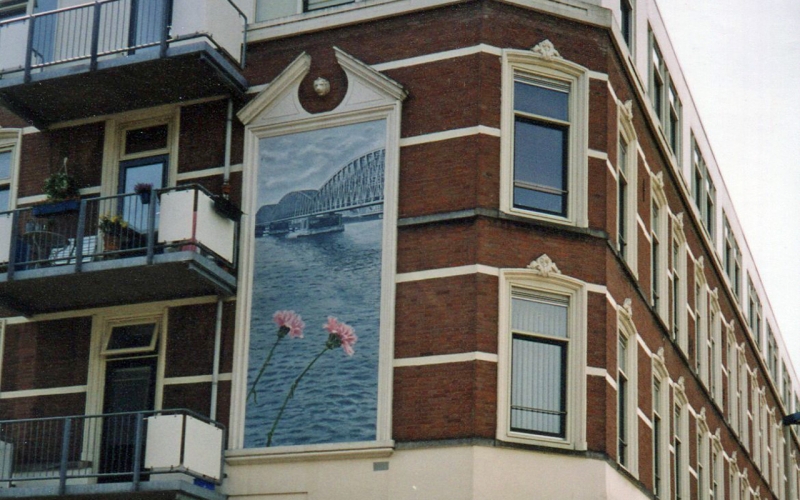 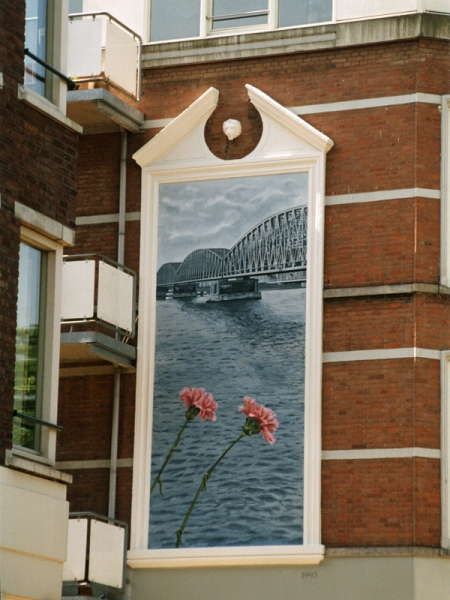 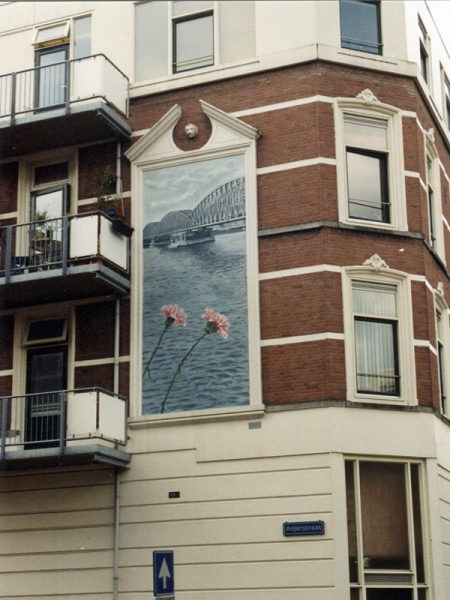 Since 1994, an ornamental frame has been hanging on the corner of Anjerstraat and Burgemeester Hoffmanplein, containing a painting made by the artist duo Helena and Axel van der Kraan. It is a photo-realistic representation of two pink carnations, a reference to the Anjerstraat. In the background we see the former Willemsspoor bridge, which spanned the Nieuwe Maas with five bridge sections between 1877 and 1994. This bridge is closely linked to the history of the North Island. A second work hangs further down the Laurierstraat, with which this work forms an ensemble in the Anjerstraat.

Axel van der Kraan (Rotterdam, 1949) is a sculptor, performance artist and graphic artist. From 1966 to 1968 he studied at the Academy of Visual Arts in Rotterdam. He is married to photographer Helena van der Kraan, whom he met in 1968 at his further education, the Ateliers '63 post academy in Haarlem. Axel and Helena have been working together as an artist duo from Rotterdam since the 80s. In 1989 they received the Hendrik Chabot Prize.