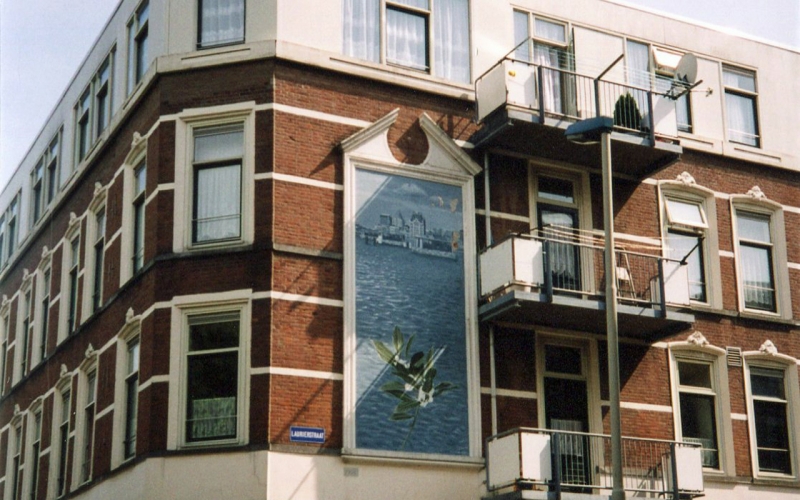 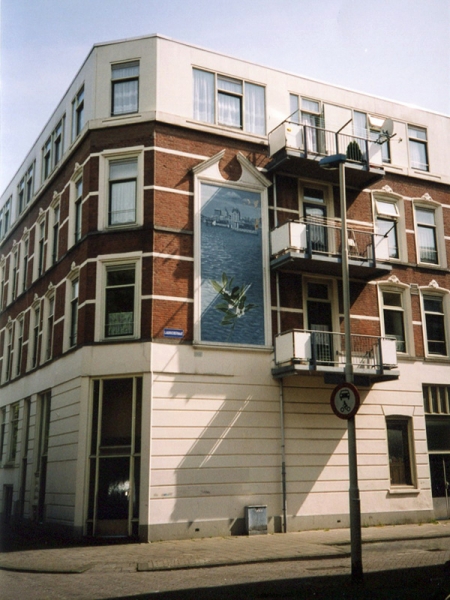 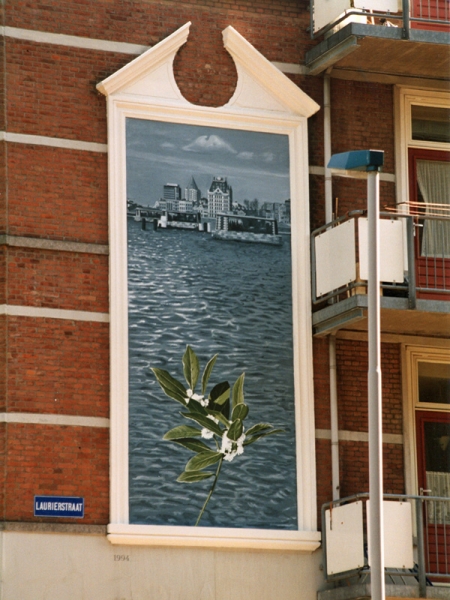 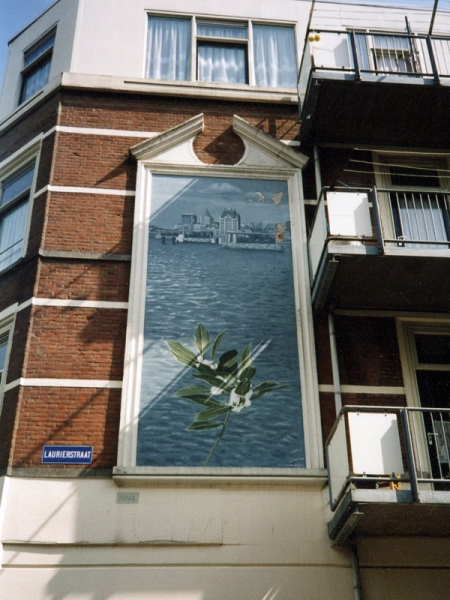 On this painting is a laurel branch with the pillars of the Willemsspoor bridge demolished in 1994 in the background. The view of the north bank of the Maas has been worked out with photographic precision, seen from the Maaskade. A number of striking buildings are depicted, such as the White House, the Pencil and part of the Cube Houses. The performance is largely painted in blue and white, with the exception of the green / white bay laurel in the foreground. The laurel branch refers to the Laurierstraat, where this work has been applied. This painting on the Laurierstraat and the painting on the Anjerstraat offer a view of something that has long been a part of history. The ensemble was created by artist duo Helena and Axel van der Kraan.

Axel van der Kraan (Rotterdam, 1949) is a sculptor, performance artist and graphic artist. From 1966 to 1968 he studied at the Academy of Visual Arts in Rotterdam. He is married to photographer Helena van der Kraan, whom he met in 1968 at his further education, the Ateliers '63 post academy in Haarlem. Axel and Helena have been working together as an artist duo from Rotterdam since the 80s. In 1989 they received the Hendrik Chabot Prize.