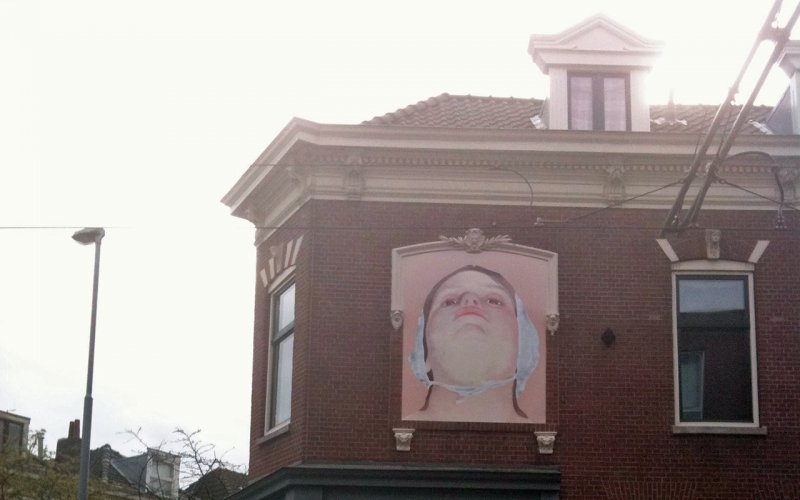 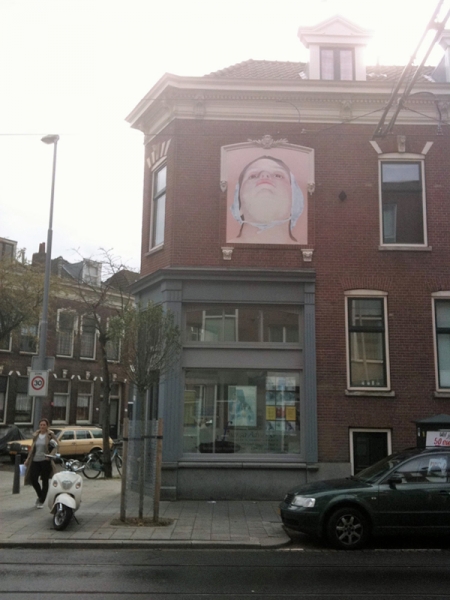 In 2011, CBK Rotterdam, in collaboration with Havensteder and Sonor, developed a plan to provide the renovated ornamental frames around the Zwaanshals with a work of art. Seven new paintings have been applied and two well-known works have been restored. The Rotterdam artist Katinka Lampe made a portrait of a girl for the ornament frame on the corner of Zaagmolenstraat and Jacob Catsstraat. Girls, young women, form the basis of Lampe's work, who manages and smoothly depicts these models. But precisely because she executes these portraits so beautifully and precisely, it is striking that these girls are not standard models. Each time they are a bit too artificial and impersonal to be 'real', to address passers-by as girls of flesh and blood. This friction in Lampe's work takes on a different meaning in public space. There, billboards normally show images of young women who are selected for their beauty and personalization possibilities. Lampe's work does not do that, without you being able to pinpoint exactly why not. A role is played by Lampe working from newspaper photos of women that you do not see in the Rotterdam streets: Iraqi women from war zones, the children of Michael Jackson with masks on, a Chinese with a mask against air pollution. Lampe applies such artificial interventions to children and young people who are too young to have to deal with such serious issues. As a result, she gives her subjects both presence and vulnerability, without ever becoming sentimental.

Katinka Lampe (Tilburg, 1963) studied at the Royal Academy of Art and Design in 's Hertogenbosch. She lives and works in Rotterdam. Her paintings show portraits in which young models are depicted with precision and a great sense of beauty, without being an exact representation of specific people. The way of painting is controlled and smooth. The addition of alienating objects to the models gives the paintings a high degree of abstraction. Lampe shows the vulnerability of the person portrayed in her paintings without becoming sentimental.