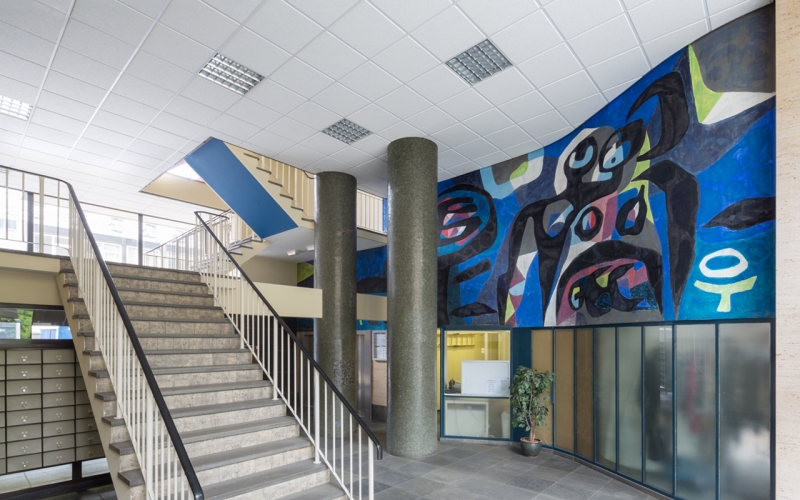 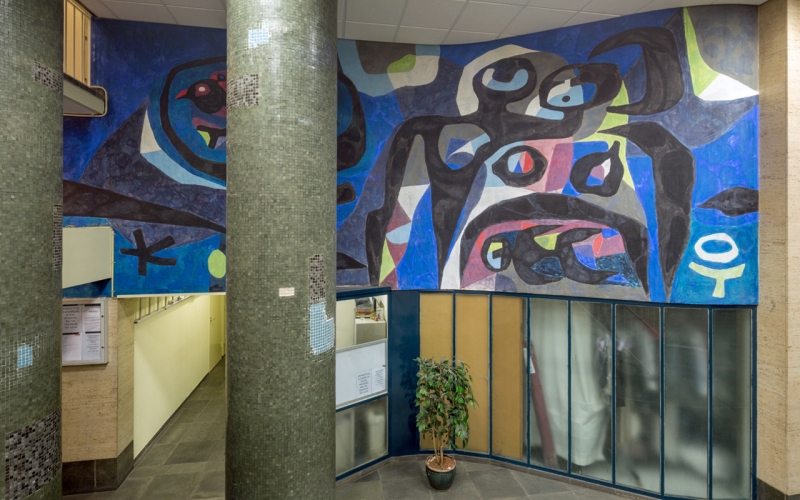 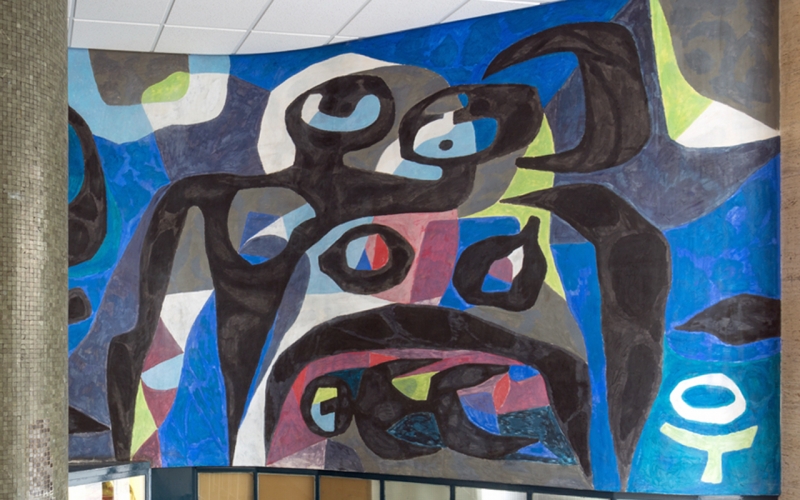 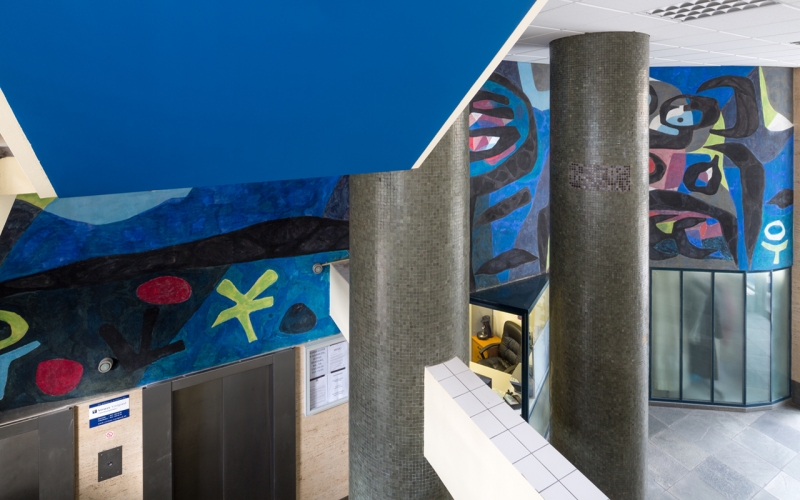 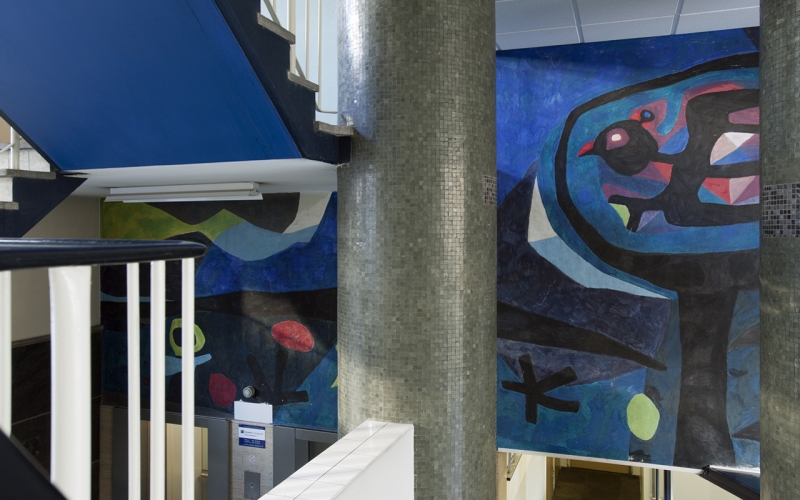 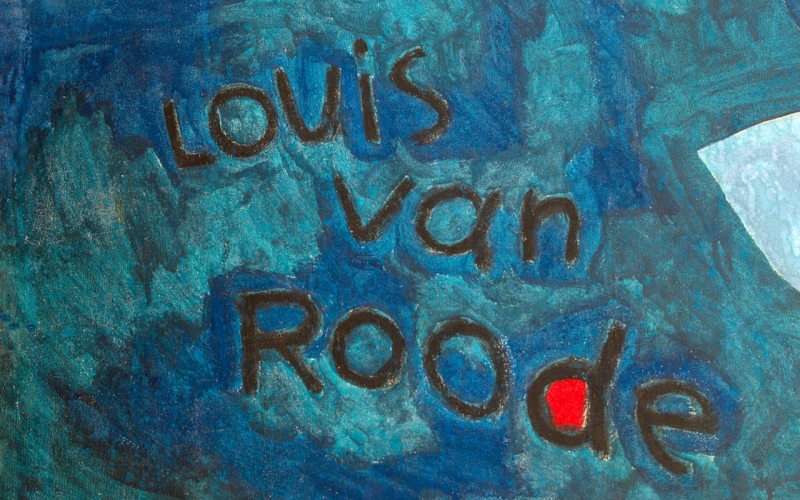 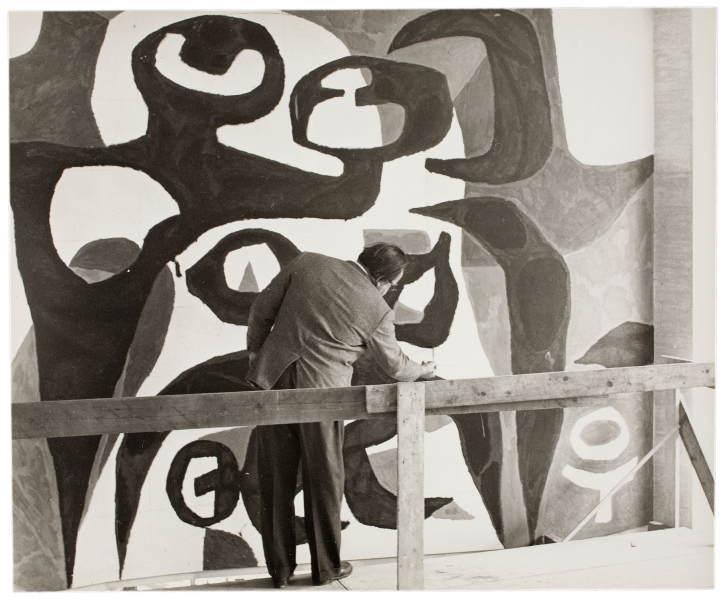 In the hall of the Olveh flat at Joost Banckertsplaats, there is a mural by Louis van Roode. In this painting, which he himself applied in the entrance in 1956, he used 'primitive' African motifs. He gained inspiration for this from a study trip to the Sahara in 1951. The work is mounted on a curved wall with a length of almost 12 meters. Van Roode mainly used the colors blue, red, yellow and black. We see abstract figures of a man, woman and child, as well as a flying bird. The work was restored in 2015.