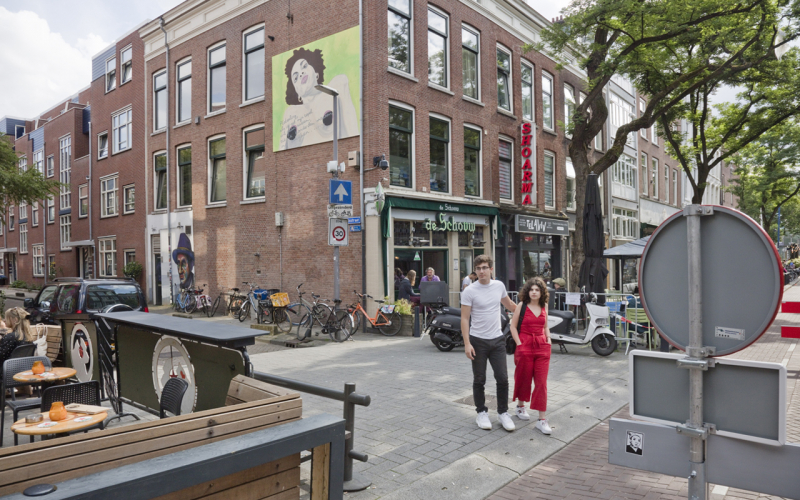 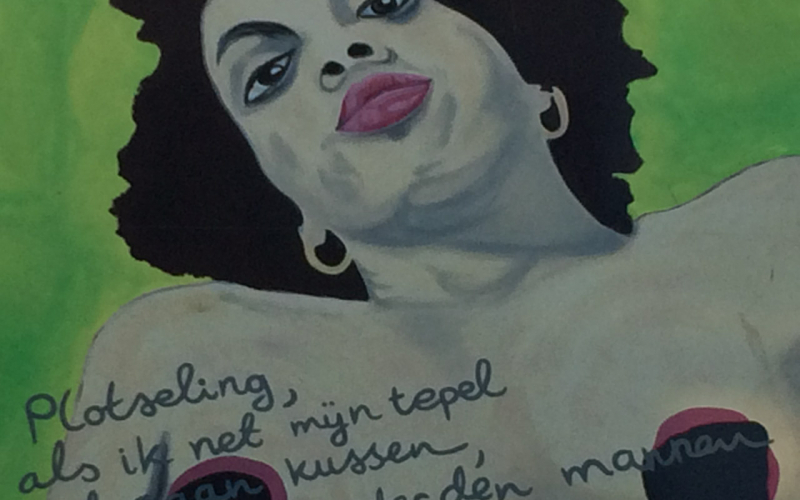 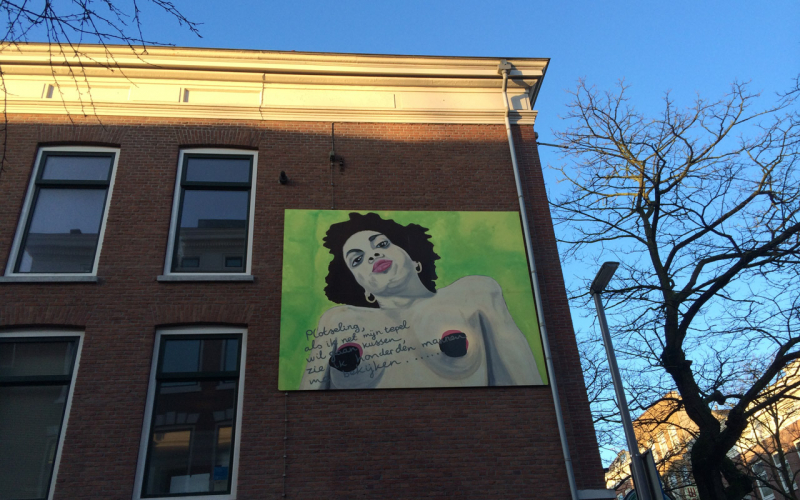 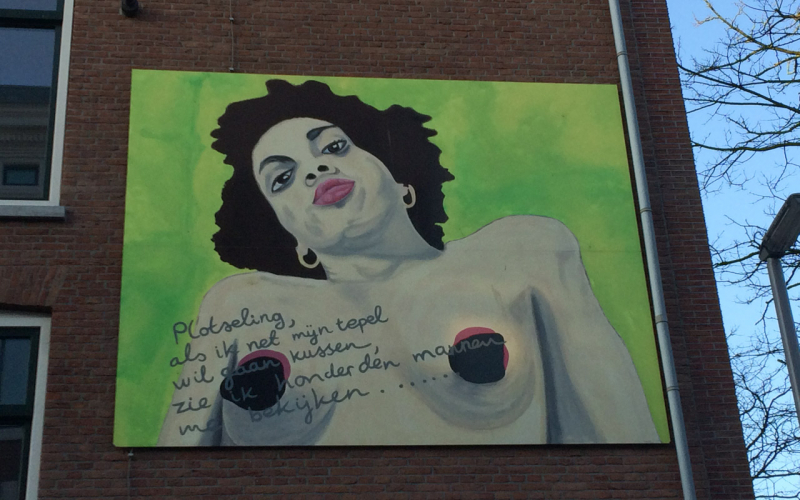 In 2001, CBK Rotterdam asked artist Lydia Schouten to make a work for the Keileweg, which was still a sad place to finish at the time. The women who worked there complained that they found the place unsafe and uncomfortable. Schouten then made two works. This painting, a portrait of a strong sensual woman with bare breasts, and a light line of erotic fence words. She wanted to show that it was not just about making money there, but also about stimulating the imagination. Schouten hoped that the women who worked there could see the eroticism in it. The two works were applied in July 2002, but due to the closure of the streetwalk area on Keileweg, the painting with the portrait moved to Cool in 2005. Since then it has hung on the side wall of café De Schouw on Witte de Withstraat.

Between 1948 and 1978, Lydia Schouten (Leiden, 1982) made performances about women as sex objects, romance and eroticism. From 1982 onwards she starts making video films, in which she experiences the most fantastic adventures against colorful board cardboard sets. The videos are a parody of the Hollywood B film world with the difference that Schouten's female roles are strong and assertive.