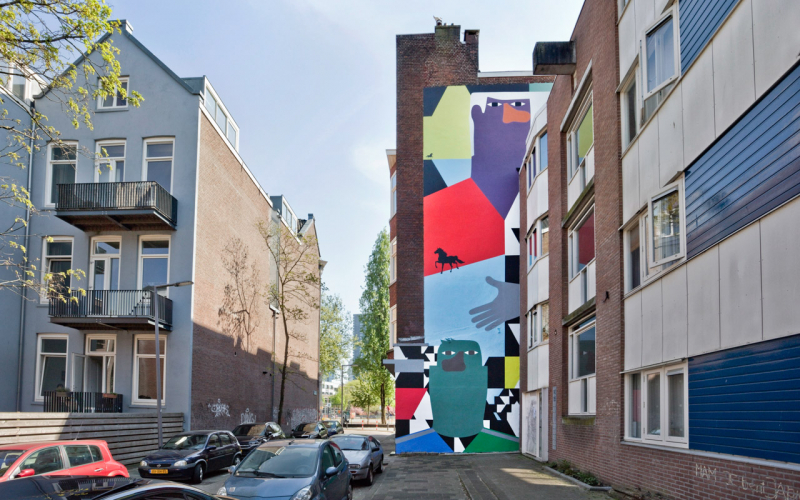 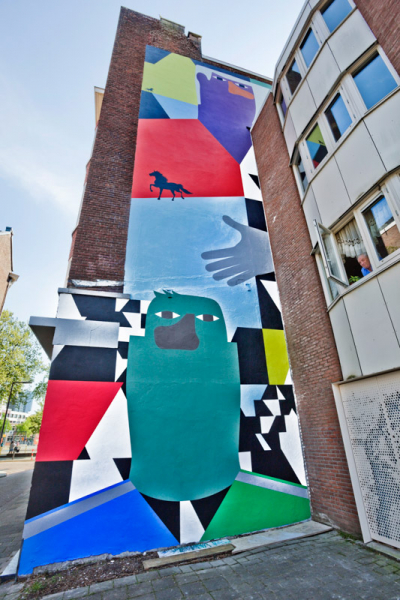 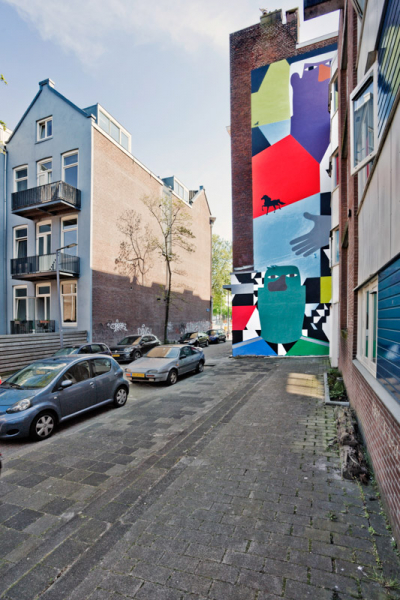 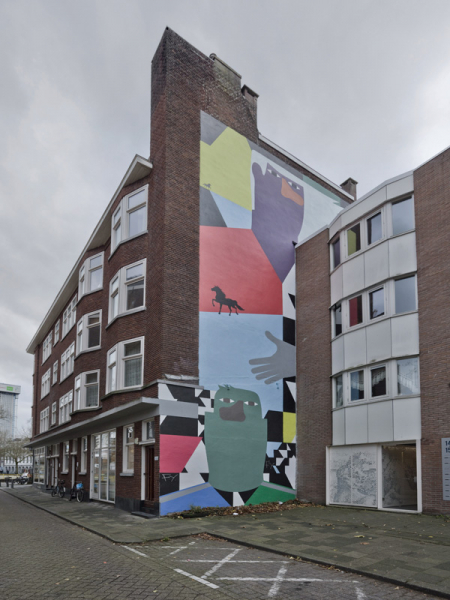 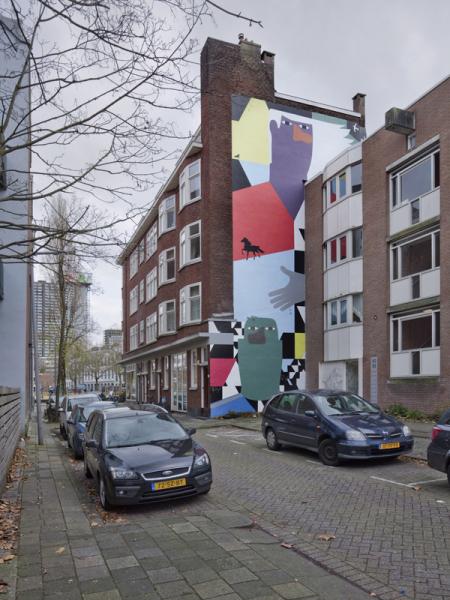 On Wednesday 22 April 2020, CBK Rotterdam delivered a large new mural by Anuli Croon in the Zwarte Paardenstraat. This work was created on the initiative of builder Ed de Meyer of Cool aan de Gang. The painting is located across from El Trotamundos by the Chilean Jorge Kata Núñez. Croon therefore responds with her work to the mural of Núñez by letting the horse return. And just as in Núñez's symbolic artwork, Croon also seems to be playing with the theme of solidarity. The Cool district has more than warmly welcomed the work. The corona crisis could not stop the Zwarte Paardenstraat from celebrating the arrival of this large and colorful painting. After the work was done, much of the street celebrated from their balcony and behind the open windows. The specific location of the wall is the starting point for the design. It is visible from the street, the houses and the Zwarte Paardenstraat can also be seen from all high buildings in the area. It is a fabric of landscape and figures, both abstract and figurative, and must form a whole from close up as well as from afar. Croon uses human figures in her work who do not have a specific role, which everyone can fill in themselves. Croon wanted to give the human figures in this work the task of a calming character: a big brother or a strong neighbor in front of the street.