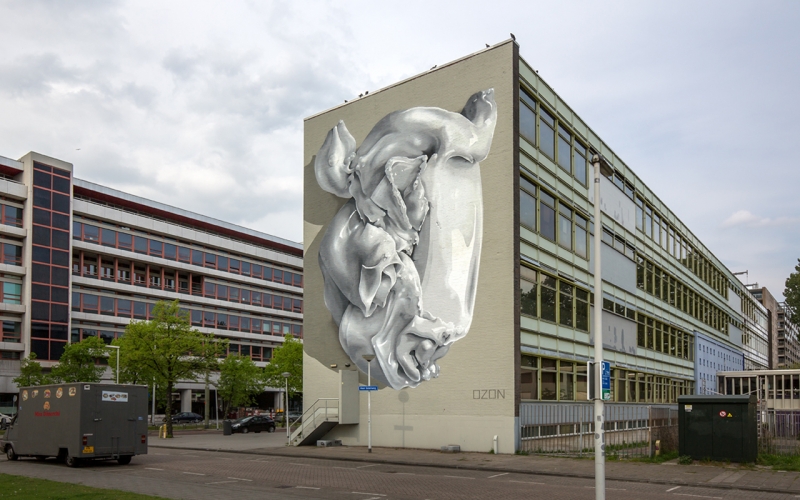 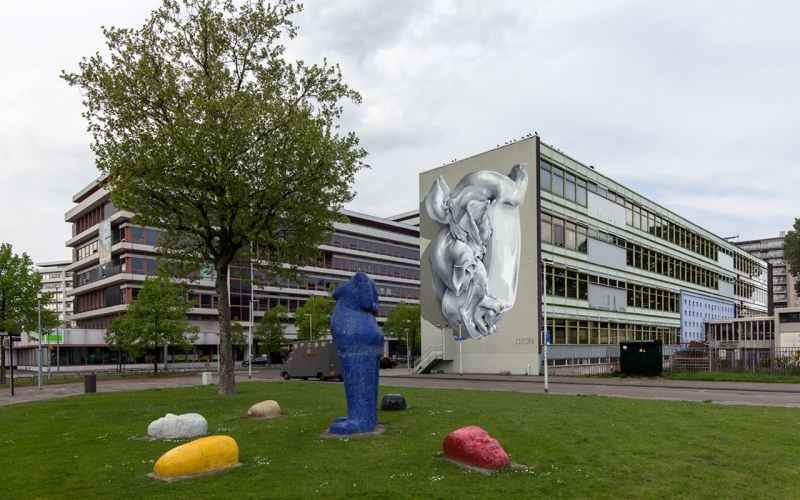 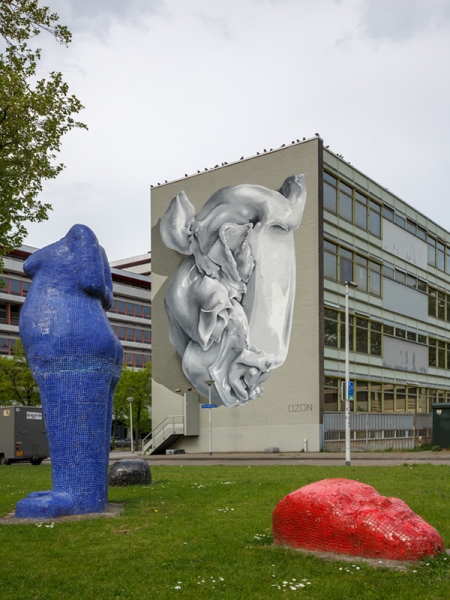 In 2014 this facade of a school building has been repainted by Ozon. This work was the first to be realized for the street art route of Rewriters010. Ozon says the following about this: “The painting originates from a sculpture I made in America for a sanitary factory. The sculpture consisted of a crumpled sink. For this mural I took that image as a starting point and you can see several things in the result. I use the terms urban art, graffiti of street art not for what I do. I simply call it art. ”The wall painting is executed in twelve shades of gray, from black to white. This mural was created through financial support from CBK Rotterdam.

Ozon, aka Onno Poeisz (Rotterdam, 1974), is a visual artist who works from his studio in Delfshaven. His style is organic and abstract. Several of his works can be found in Rotterdam.