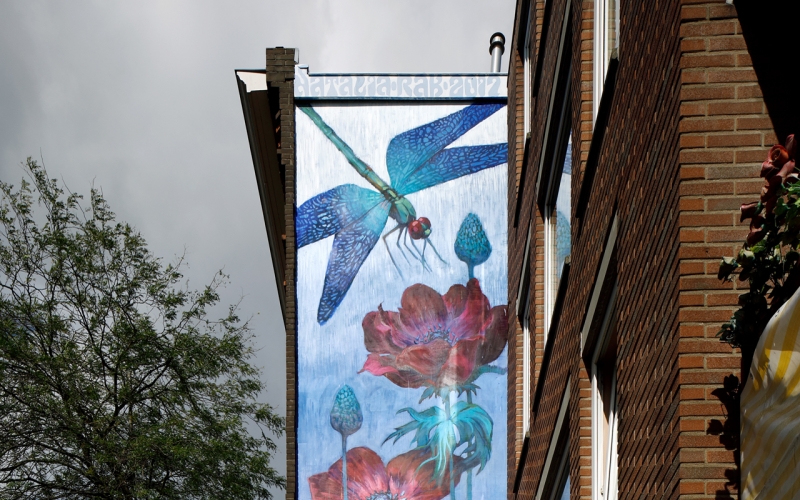 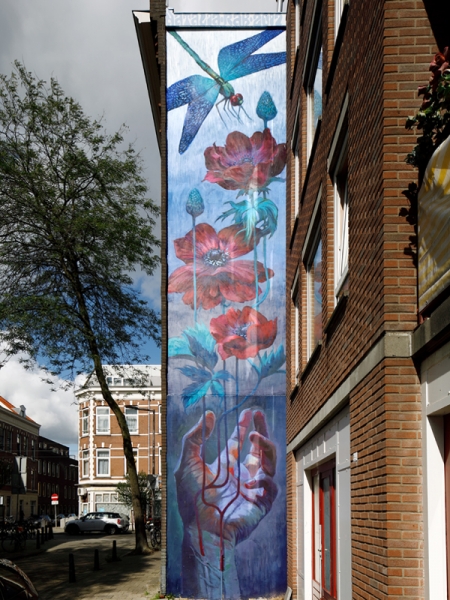 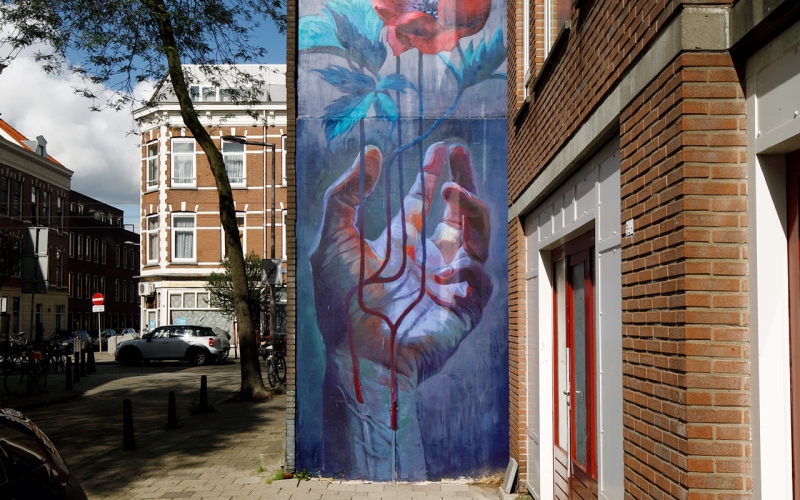 This wall painting made by the Polish Natalia Rak was realized for the Sober Walls event, which took place on 16 July 2017. The initiator was the artists' collective Sober Collective, which ensured that three large murals were added in Rotterdam Noord. One on the Erasmusstraat, one on the Schoterbosstraat and this narrow but high strip on the Vletstraat. Havensteder is the owner of the building and gave permission for the painting. CBK Rotterdam contributed to the creation of Sober Walls through financial support.

Natalia Rak (1986) is a Polish artist. She studied spatial design and poster design at the Academy of Fine Arts in Lodz. Since 2009 she has participated in many group exhibitions and street art festivals. Large murals by her can be found in various countries, such as Australia, Italy, Luxembourg and Poland.