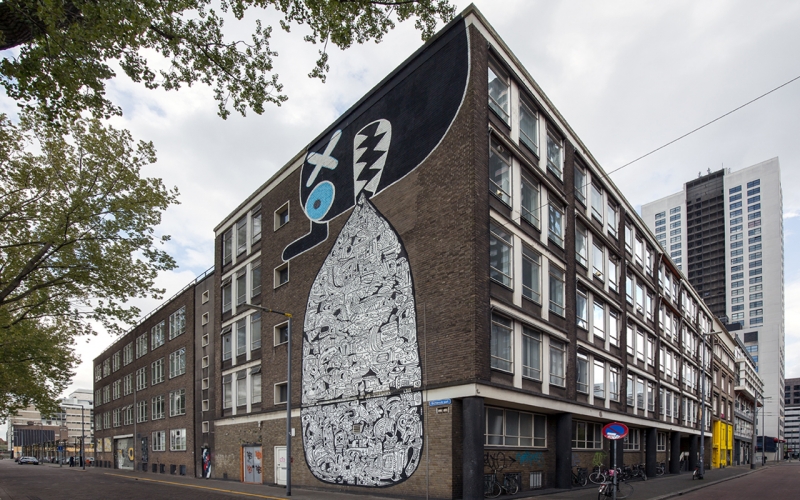 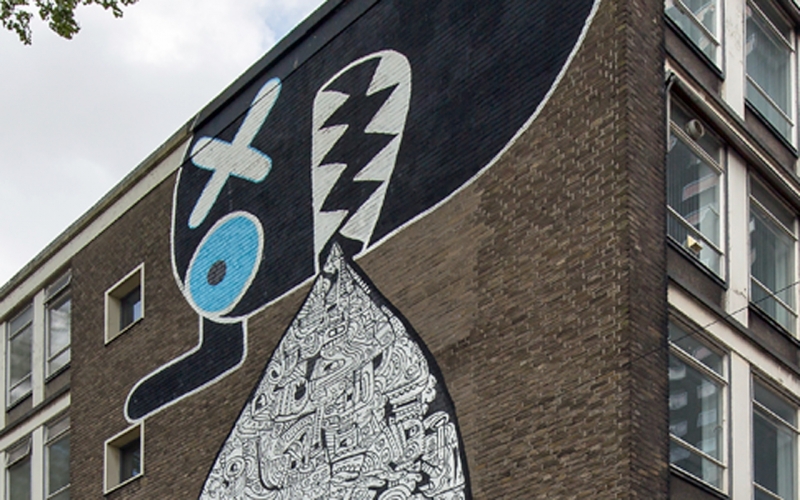 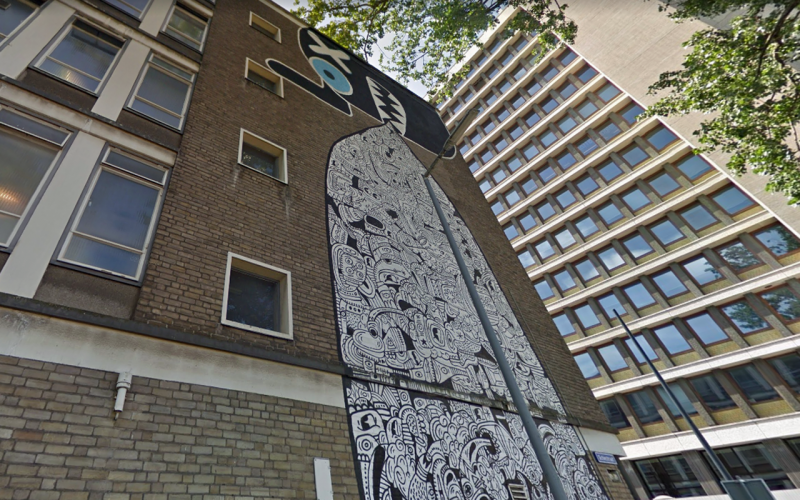 In the summer of 2009, the Caramundo Foundation organized the RUA festival. RUA stands for Reflexo on Urban Art. Caramundo invited ten Brazilian graffiti artists to create enormous murals in the public space of Rotterdam, so that urban and contemporary Brazilian art is displayed alongside the institutionalized art of museums and galleries. One of the participants was the Brazilian Onio, who made the lower part of this mural in the Schiestraat. The night before Onio started painting this work, he was in the pub with Ox-Alien. He said that he did not dare to go all the way up with the platform. Ox-Alien took his chance and painted his character on the top of the wall.

Onio (Brazil, 1980) has been interested in graffiti since he was 13 and became one of the first graffiti artists in the Brazilian capital Brasilia. His colorful abstract drawings represent urban chaos. He is a visual artist, illustrator and graffiti artist. For RUA Rotterdam in 2009 he made a number of works in Rotterdam.

Ox-Alien started writing graffiti in the late eighties, but from the year 2000 also draws characters. His name is derived from a figure that he often draws, namely a head with an 'O' as the left eye and an 'X' as the right eye. That also explains his stage name Ox-Alien. He is part of the Rotterdam street art collective Lastplak.