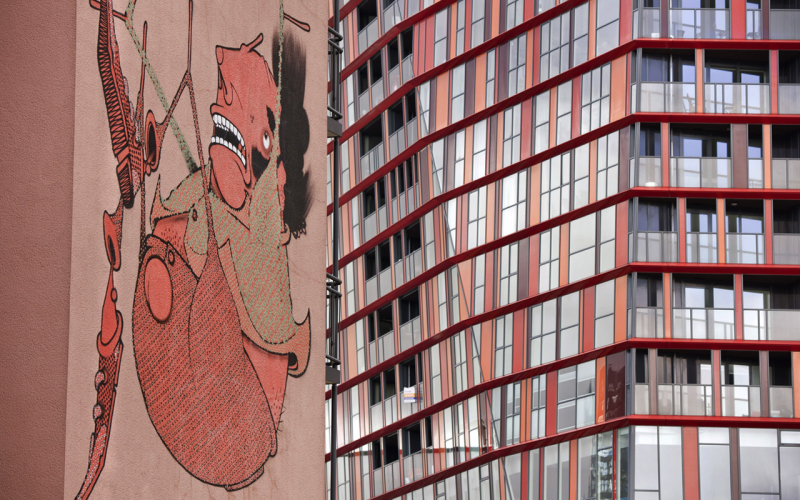 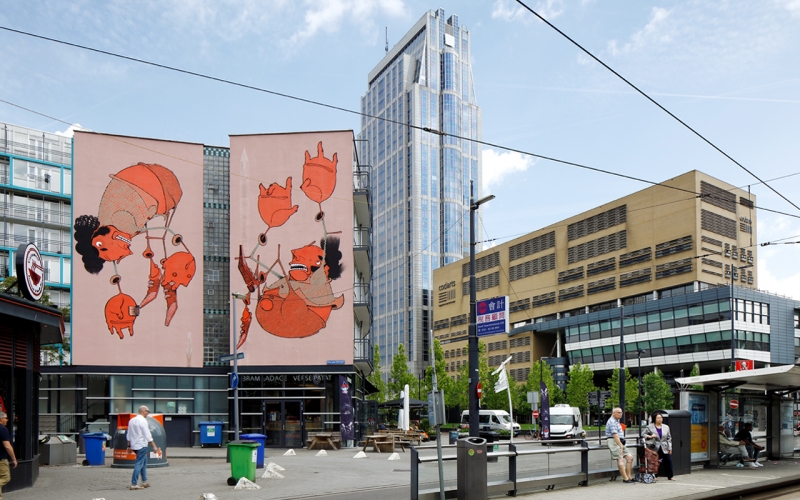 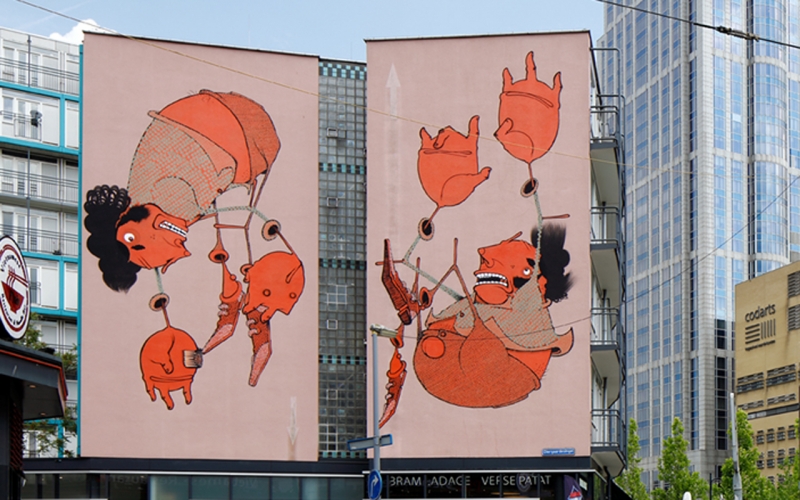 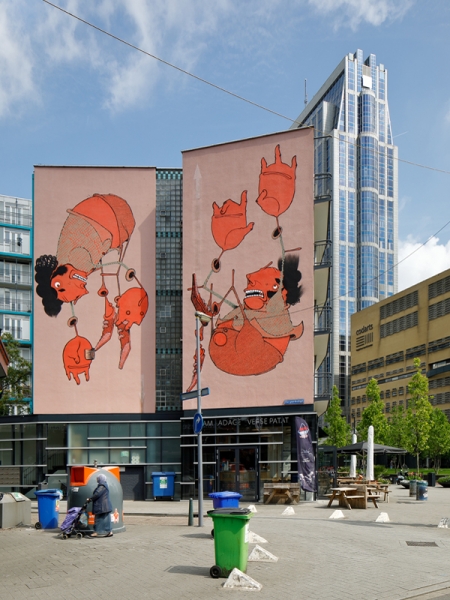 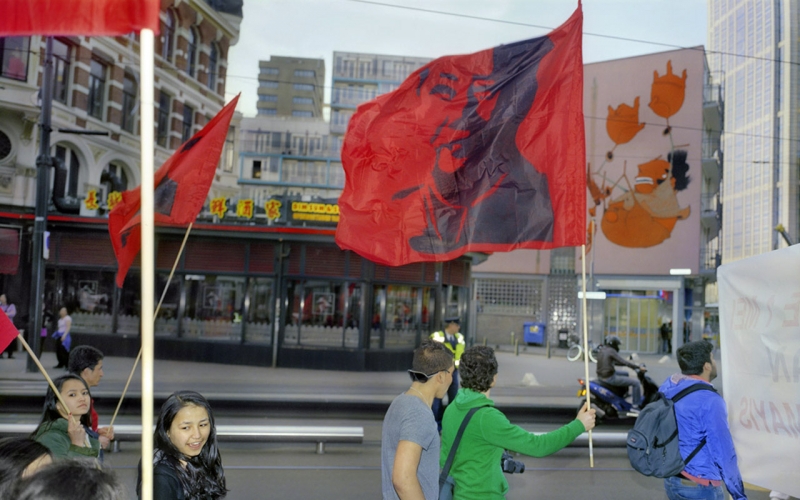 The Caramundo Foundation organized the RUA festival in the summer of 2009, which stands for Reflexo on Urban Art. Ten Brazilian graffiti artists were invited by the foundation. They were commissioned to create enormous murals in the public space of Rotterdam, so that not only contemporary Brazilian art was shown in the museum or gallery. This huge mural on the Kruisplein was made by the Brazilian Onesto. The painting is divided over two front facades of the apartment building at the intersection of Diergaardesingel and West-Kruiskade. The work is mainly red and orange on a light pink background, and therefore has been prominent in the cityscape of Rotterdam since 2009.

An important artist in the history of Brazilian graffiti is Onesto, also working under his own name Alex Hornest (Brazil, 1972). He lives and works in São Paolo, the city that inspires him. Since an early age he has been painting and influenced by hip-hop films and comic books from the 80s. He combines his passion for the street with his love for fantasy. He has become known worldwide and is invited by museums for exhibitions and art events.