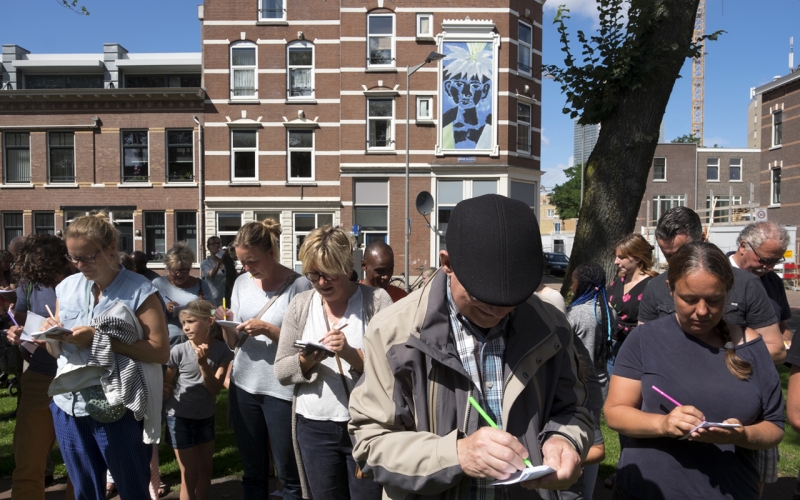 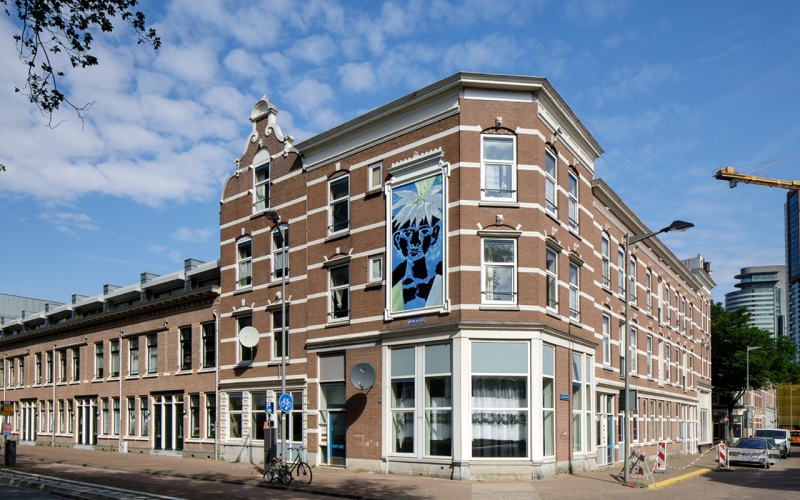 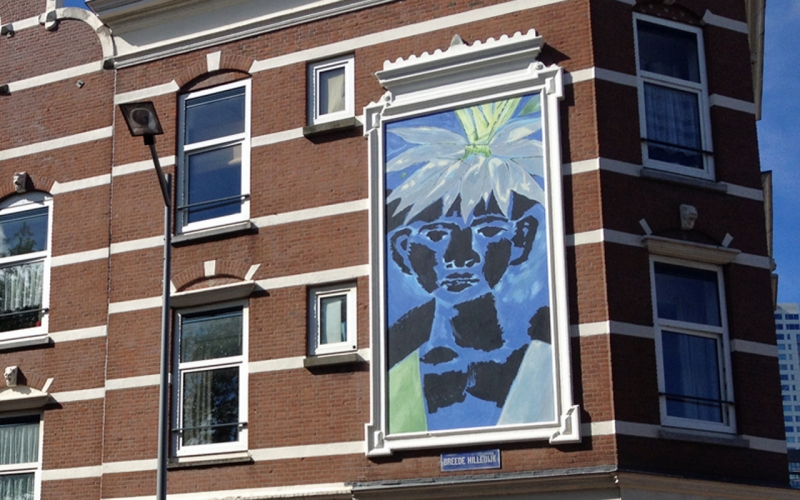 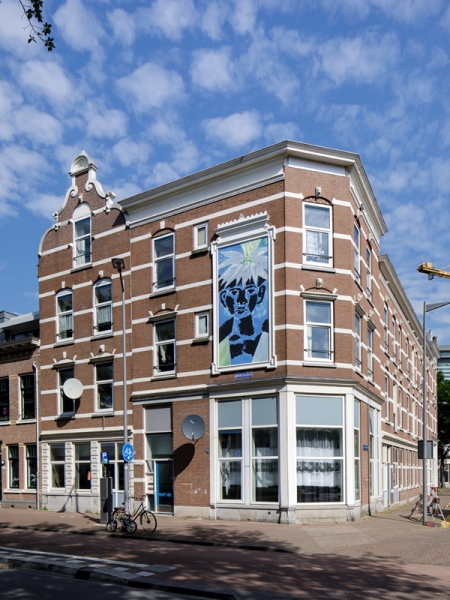 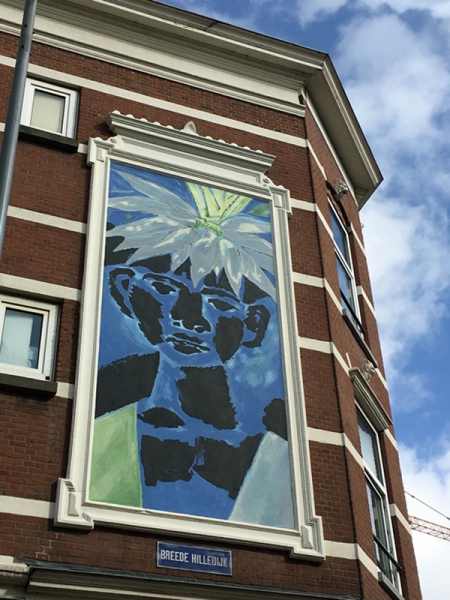 Behind this so harmonious-looking portrait lies a whole adventure. Artist Louis van Roode made this work in 1951 when he had just returned from Africa and looked back on his journey there. At the invitation of the Rotterdam architect Herman Haan, he had been part of a tour group that traveled through the Sahara. Van Roode was specifically asked to reproduce rock paintings. The trip was to be an adventure, as the tour group was plagued by car trouble, dysentery and malaria. But they continued. They passed army posts of the Foreign Legion accompanied by an armed escort with the aim of visiting the Dogon people in Mali. Van Roode was deeply impressed by everything he saw and made countless sketches of people, oases, settlements, cities and landscapes. Back in Rotterdam, he worked out a number of portraits like this one: a 45 cm high lithograph with a portrait of an African boy. The portrait is placed in an ornamental frame on the Brede Hilledijk, the street where Van Roode himself grew up. This mural was posthumously executed by Atelier Mineur in 2016 with the approval of Van Roode's daughter. It represents a boy that you can look in the eye, a full face, realistic, but also stylized and with unreal colors (blue, the most spiritual color there is) so that you can also see the face as an expression of something else , something intangible, a feeling, a world of thoughts. The combination with the flower reinforces this: it is one with nature, a place where you could seek and feel the presence of spirituality. Van Roode seldom worked in a truly abstract way, because he always wanted to indicate the world around us. But to do that, to show that there was more than the visible world, he also chose abstract combinations of energy and cosmic forms. In the summer of 2017, this work and eight other paintings in ornamental frames, containing restored and new works of art in the Rotterdam district of Katendrecht, were completed. They have been realized in the project Cape color, a collaboration between Verhalenhuis Belvédère and BKOR.