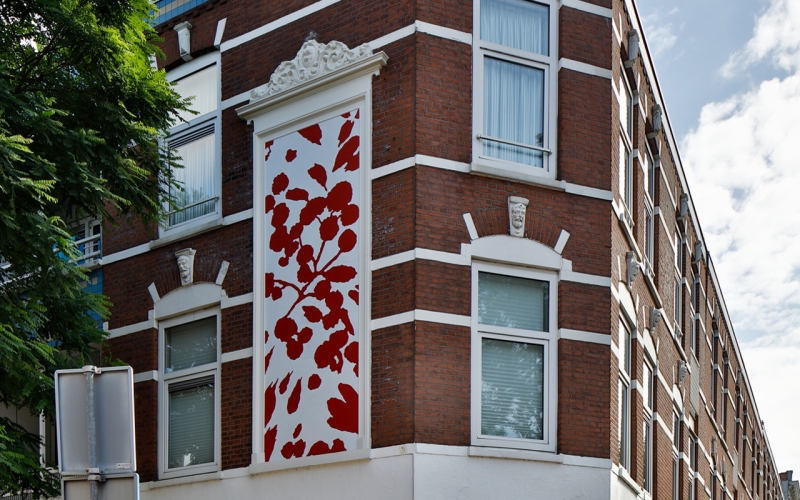 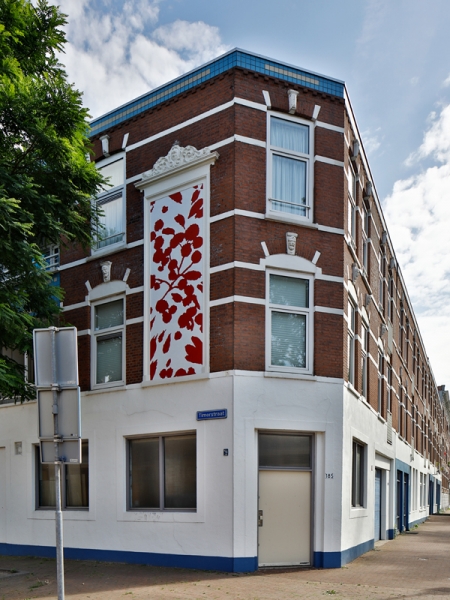 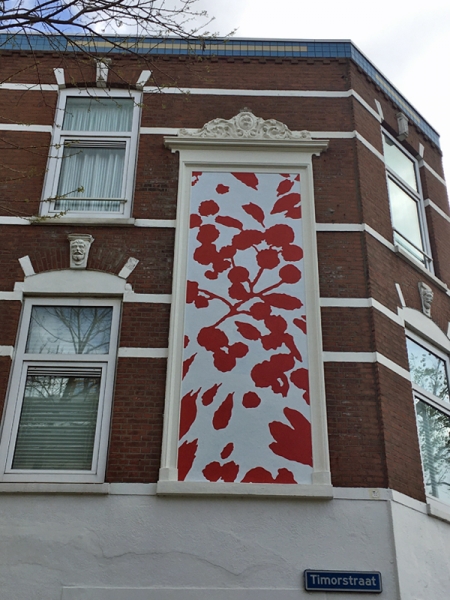 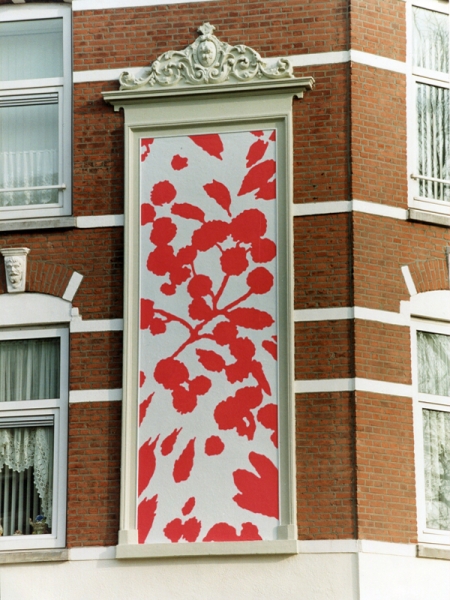 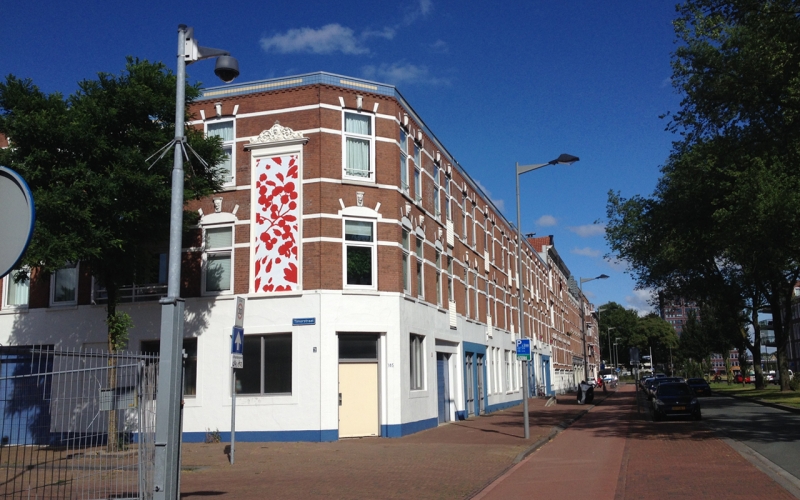 This wall painting by Daan van Golden has no title, but is part of a series of paintings by Van Golden that have the title Heerenlux to have. They all have a red floral pattern on a white background. It is a motif that he has used in a number of works of different sizes, zooming in or out, in a diamond or rectangle. Because of the variations of the same, they give different ideas of abstraction, rhythm and repetition. And in the meantime it is just like a wrapping paper that he painted after. The works from the series Heerenlux are displayed in Museum Boijmans Van Beuningen and Museum Voorlinden, among others. Because this mural has been hanging outside since 1993, the work was quite faded. The red had turned pink due to the sun. In 2016 the work has been restored by Atelier Leo Mineur. Scratching in the underlayers a pinkish red was found, but this turned out not to be the right color. In the end, the exact paint numbers could be traced: no pinkish red, but more a paint red. It is precisely that deep red, warm without having the sweetness of that pink that makes the work as powerful as it once was. In the summer of 2017, this wall painting by Van Golden and eight other ornament frames, containing restored and new artworks in the Katendrecht district of Rotterdam, was delivered. These paintings were realized in the project Cape color, a collaboration between Verhalenhuis Belvédère and BKOR.

Daan van Golden (Rotterdam, 1936 - Schiedam, 2017) was born in Katendrecht. Van Golden was first trained as a machine fitter, then received painting lessons from the Jesuits, and then attended the art academy in Rotterdam in the late 1968s. A great artistic leap followed in the XNUMXs: he started a pioneering oeuvre of ordinary patterns, wrapping paper and handkerchiefs, which he elevated to art. It was new that an everyday object of use became a work of art. Van Golden became one of the Netherlands' most famous Pop Art artists. The fact that Pop Art flourished in Rotterdam is due to the international character of the port city in which Van Golden grew up. He chose a more modest style, with slightly different sources of inspiration. He traveled to many other countries, especially Asia, especially Japan. His journey resulted in a series of paintings that he exhibited in Tokyo, but he had no money for transport back to the Netherlands. To collect this, he went begging at a train station in Osaka, with a sign with a tulip, a farmer and a mill on it. After a few days he had enough money and the works could go to the Netherlands. In XNUMX he was invited to participate in the Documenta in Kassel, again in 1999, in between and afterwards his work was on display in various museums. Daan van Golden is one of the most important Dutch artists.