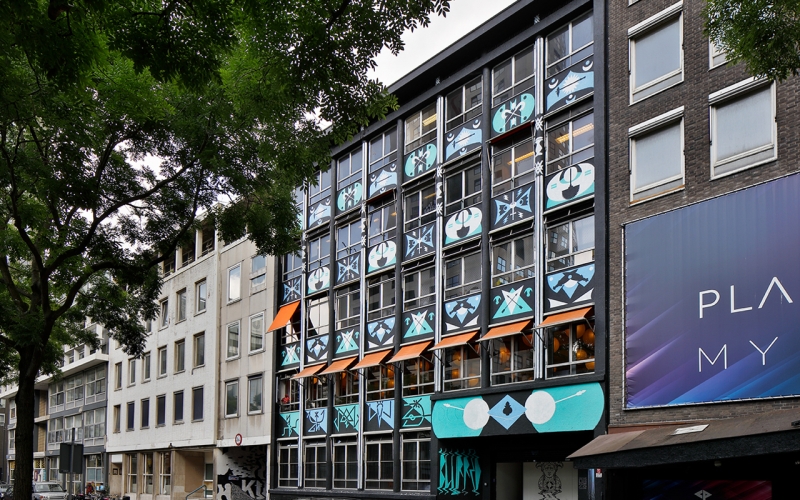 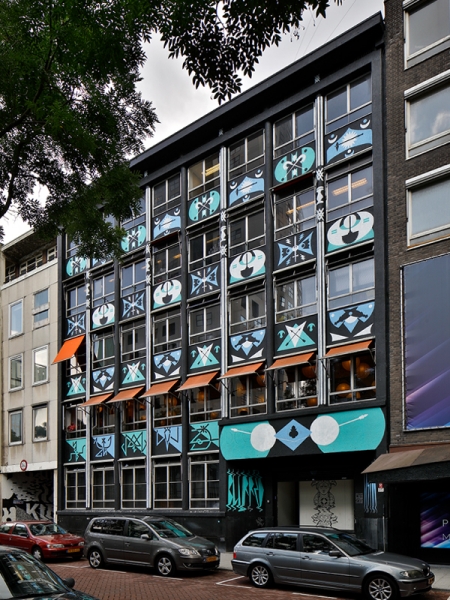 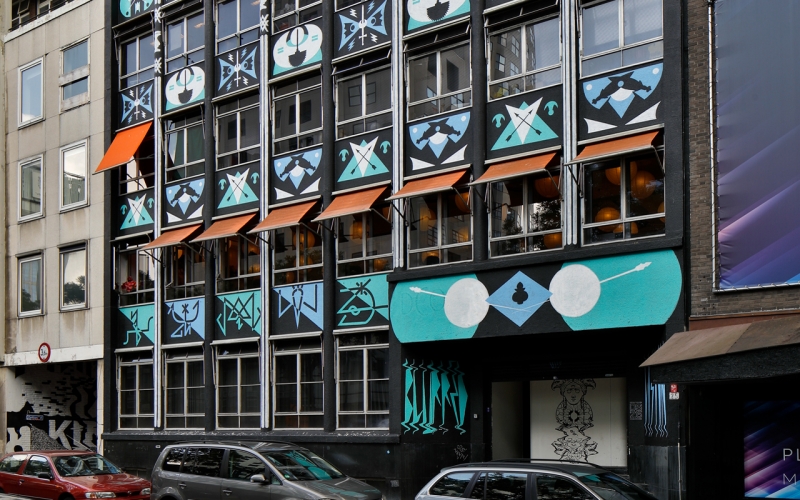 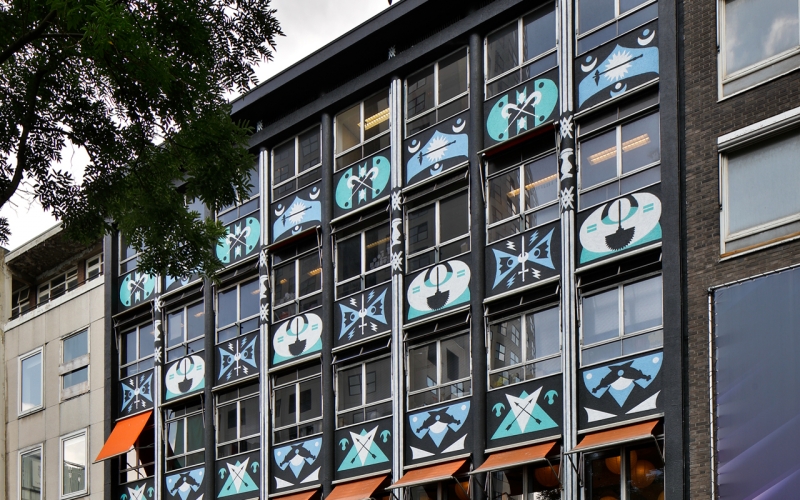 The facade and entrance of the building at Delftsestraat 25 was painted in 2015 by Rul3rs. The areas between the windows were white, but painted black with symbolic signs in the colors blue, green and white. This has resulted in a beautiful pattern of 24 graphic elements. The entrance is also included in the painting. Two years later, a mural by Rul3rs was added to the back of the building. This mural was initiated by Rewriters010.

Rul3rs (aka Stephan Bontje) is a Rotterdam artist who studied Advertising at the Willem de Kooning Academy. He investigates what both new and old visual language evokes in his audience. His style is full of symbolism. He draws his inspiration from religion, art and other cultures and tribes. Through various illustrations, paintings and installations, Rul3rs gives his commentary and vision on life events.