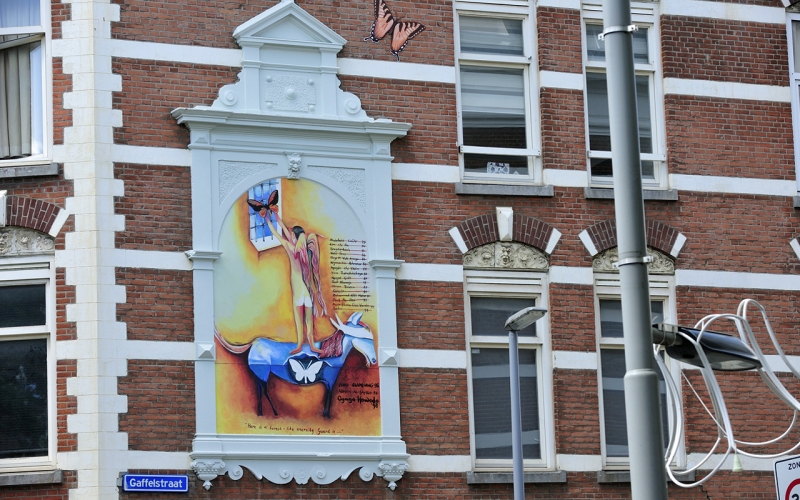 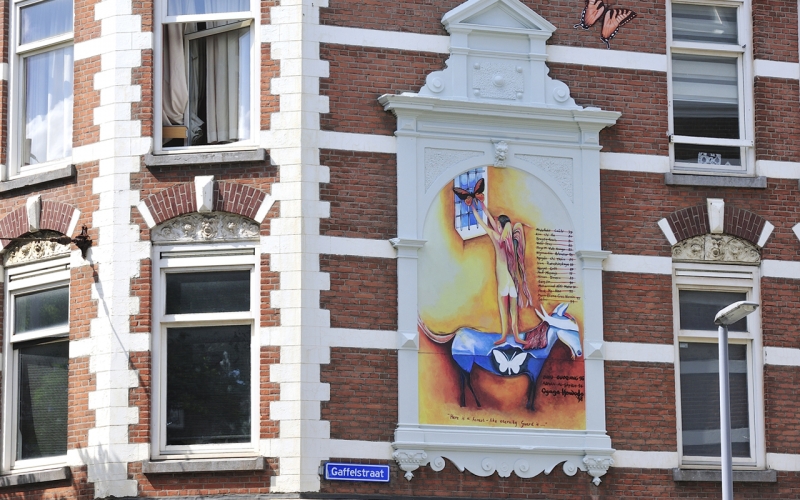 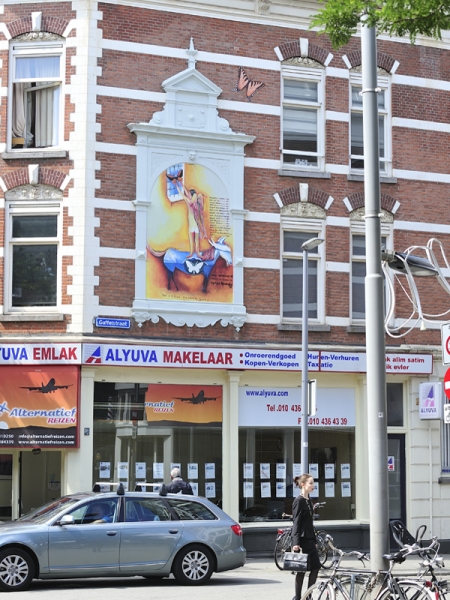 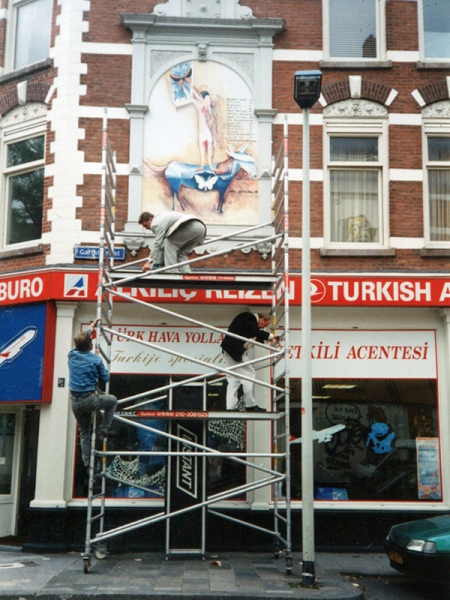 Art and politics come together in this painting by the South African painter Breyten Breytenbach. The work depicts a captive writer who longs for freedom. Next to the image is a list of names of writers who were imprisoned for their work. This painting has everything to do with the poetry festival Poetry International. Every year the Poetry International Foundation awards an honorary prize to a poet, who is held captive for his literary activities. His name is added to the ornament list and crossed out when he is released. With the name Breyten Breytenbach, the year 1981 is the year that he received the prize. A year later he was released after a seven-year imprisonment in South Africa. May 2014 the wall painting has been reapplied by Atelier Leo Mineur.

Breyten Breytenbach (South Africa, 1939) is a writer, poet, painter and a famous anti-apartheid activist. He settled in 1962 in Paris, where he debuted two years later as a poet and visual artist. In 1975 he visited his native South Africa and was arrested for political terrorism. He spent seven years in prison and wrote the novel about this The true confessions of a white terrorist (1984). After his release, he returned to Paris and became a Frenchman. In 2008, Breytenbach received the Hertzog prize, the most prestigious literary prize in South Africa. In 2009 he received the honorable Max Jacob Prize for his poetry and in 2017 he was awarded the Zbigniew Herbert International Literary Award.