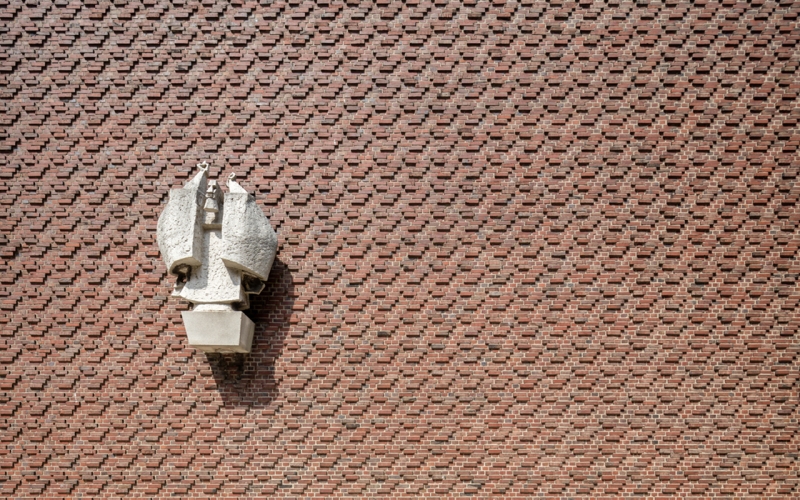 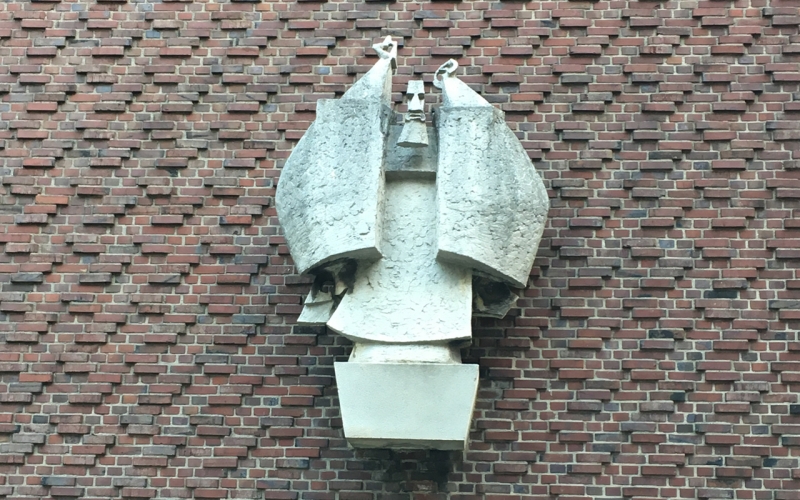 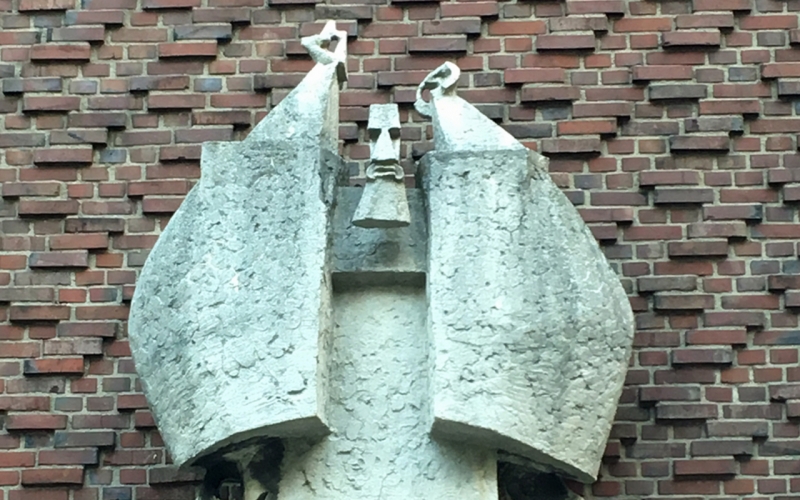 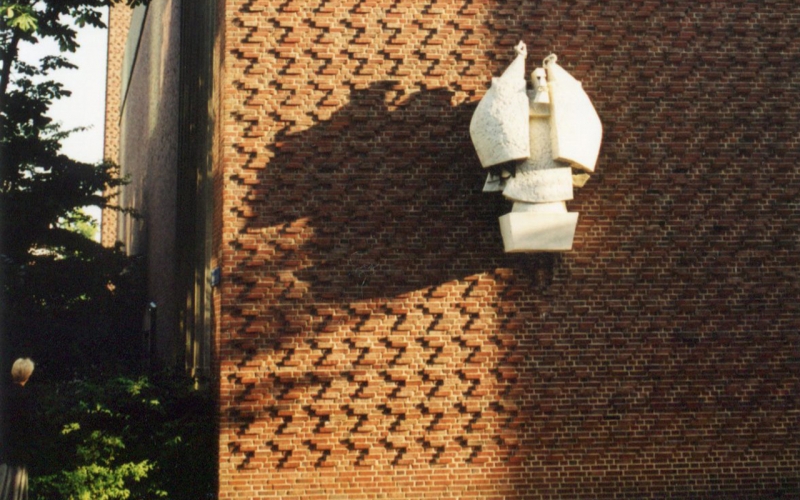 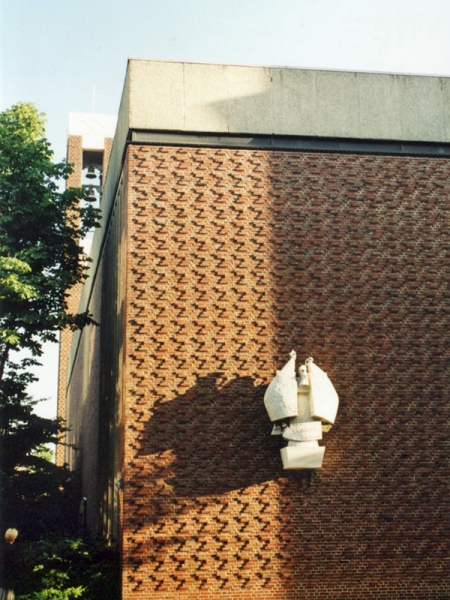 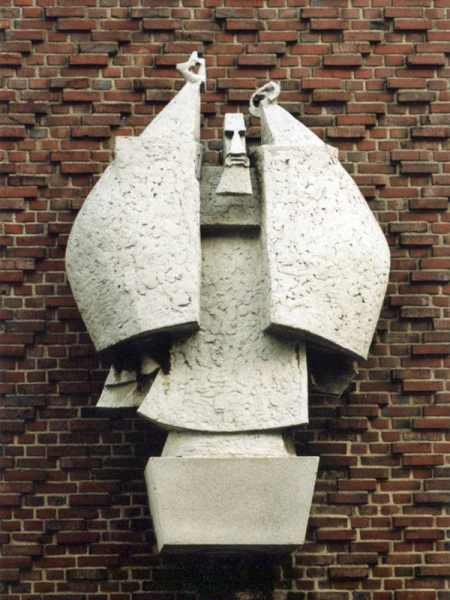 The image of Apostle Paul that is attached to the south facade (Blaak side) of the Saint Dominic Church, is two meters high and divided into three large parties: the body and the two arms. The small head and the raised hands are depicted in more detail and only stand out when one takes a closer look at the statue. The extraordinarily expressionist statue, created by sculptor Jan Vlasblom, was not originally intended for this location. Initially, it would decorate the facade of the Sint Pauluskerk in The Hague, but it was not well received there. The liturgical committee of the diocese of Haarlem feared that the statue would arouse astonishment rather than admiration. It led to heated discussions, even in The Times had their repercussions, but in The Hague people stood firm. Kraaijvanger Architects wanted to give the statue a place at the rear of the Dominicus church they designed. They found a partner in the building pastor, Mr. GW Lampe. The image was applied to the facade on 11 December 1959. The church itself was consecrated by the bishop of Rotterdam on 14 in May 1960, exactly twenty years after the destruction of its predecessor. The original St. Dominic church was a stone's throw from the current church on Hoogstraat and was considered one of the most important Catholic churches in Rotterdam until the bombing of 1940. The church with the name The Scaffolding has been a national monument since 2013.

Sculptor, painter and monumental artist Jan Vlasblom (Rotterdam, 1910 - Rotterdam, 1998) studied at the art academy in Rotterdam, as a student of Gerard Hoppen and others. He made it, among other things National Monument for the 1e Independent Polish Parachute Brigade (1961) in Driel.