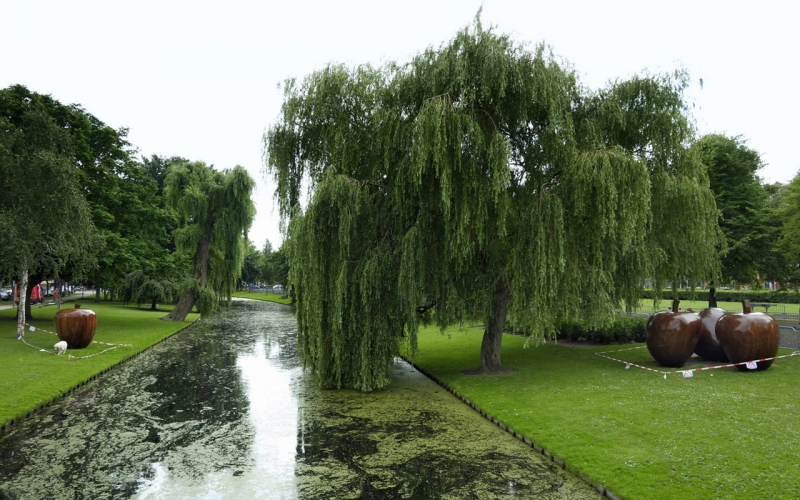 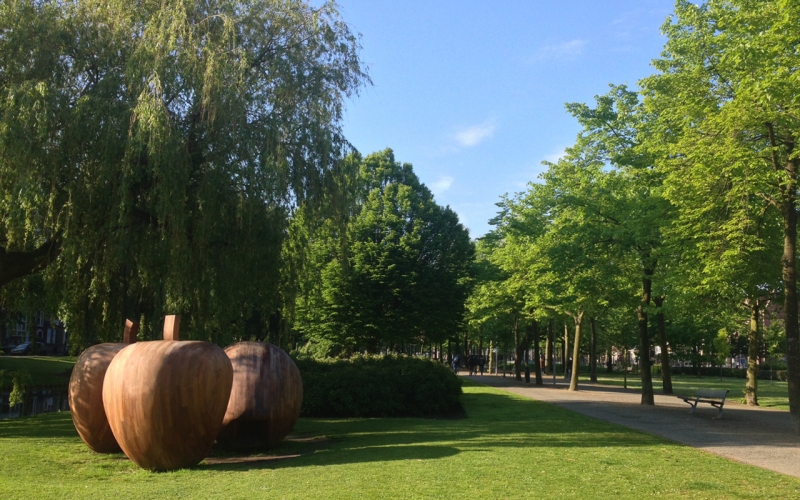 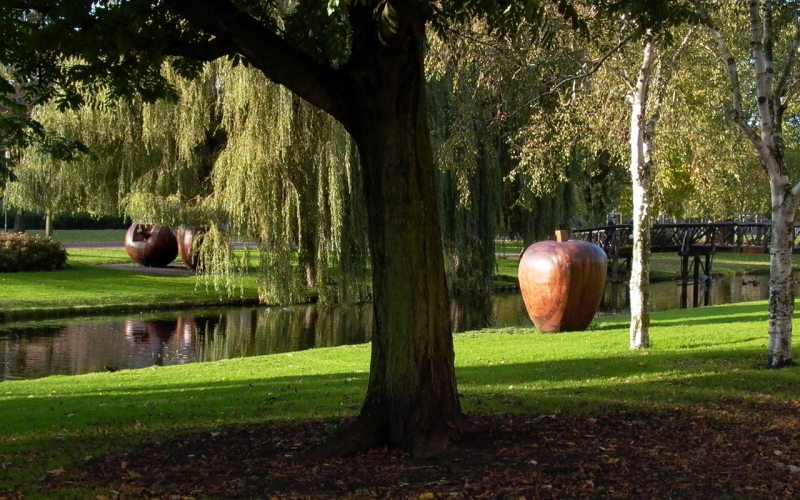 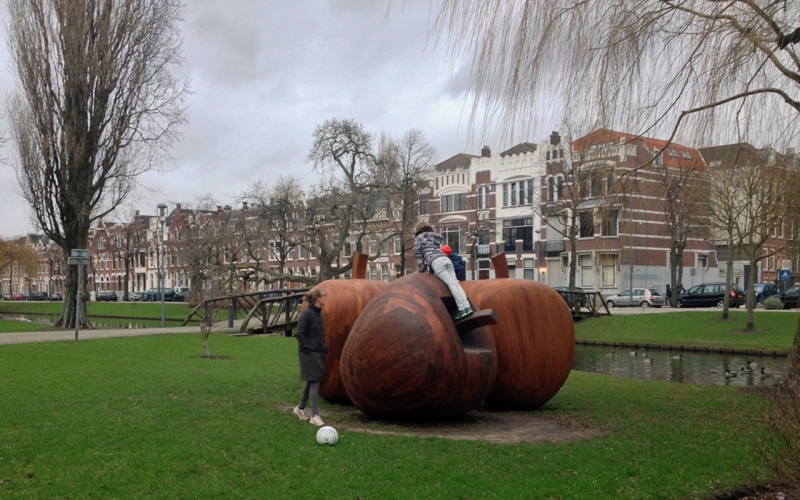 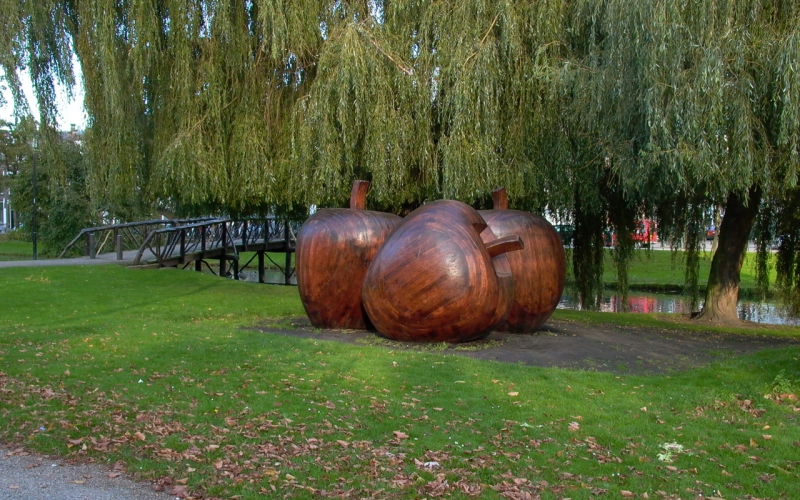 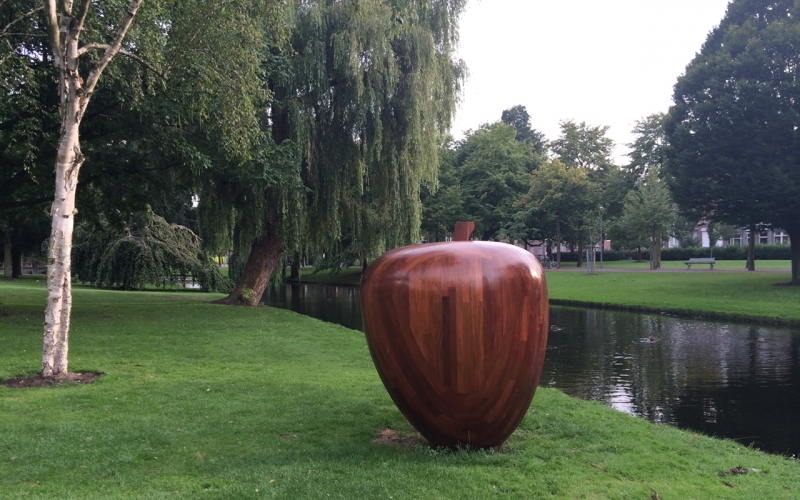 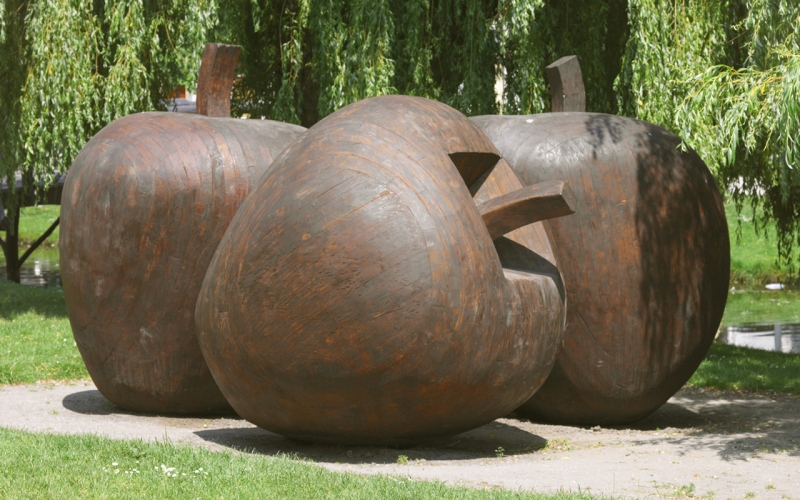 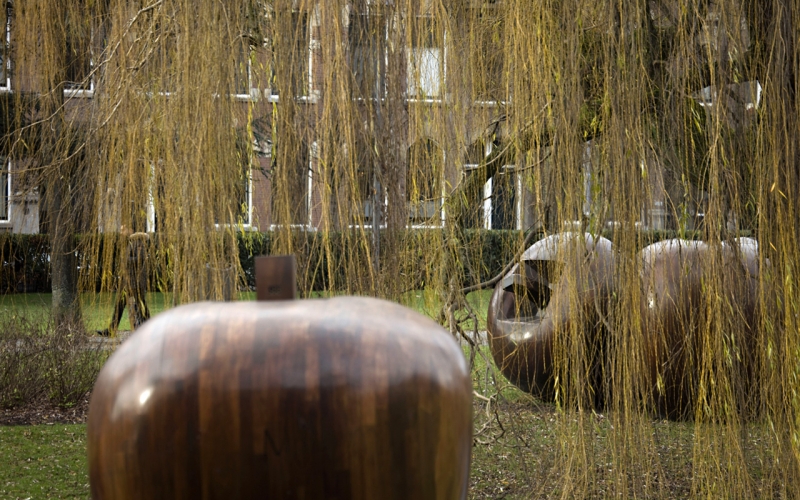 The first Apples artist Kees Frans made in 1973 in Rotterdam. For the Heemraadssingel, where he also had his home and studio, he made four apples made from Kambala wood. The work was the only purchase from the Municipal Images Commission in the City. The sculpture group was soon embraced by city dwellers after its unveiling. Until the mid-60s, Frans mainly painted cityscapes. In the early 70s he started making apples from segments of fanwood, orange crates and scrap wood. In the years before his death, Frans made watercolors of apples and pears, and wooden reliefs based on moldings, from which all kinds of apples stick out. The four Rotterdam Apples appear to be challenging themselves to climb on, as a result of which they showed local wear spots. Also the Apples after forty years subject to rotting and the wood had to be replaced. Thanks to the efforts of BKOR and a grant from the city council, the Apples recreated in 2014. In Restoration Workshop Schiedam, a company specialized in the restoration of mills, the four were wooden Apples completely re-manufactured based on 3D scans.

Kees Frans (Oud Beijerland, 1924 - Rotterdam, 1982) was a Rotterdam artist. He studied from 1944 to approximately 1949 at the Academy of Visual Arts and Technical Sciences in Rotterdam. In 1951 he co-founded the artist group 'Argus' with Louis van Roode and Huib Noorlander, among others, with which he exhibited jointly. He mainly specialized in painting, but also made work for the public space, including a colored concrete relief (1962) above the entrance of the current City Archives in Rotterdam. He had a special interest in apples, from which he made enormous wooden sculptures. His 'apples' can be found in Gorinchem, Amsterdam, Arnhem and Leiden, among others. His 'Schiphol apple', made in 1975, is famous, on which thousands of travelers left their names and messages over the years, and which at that time served as a meeting point.