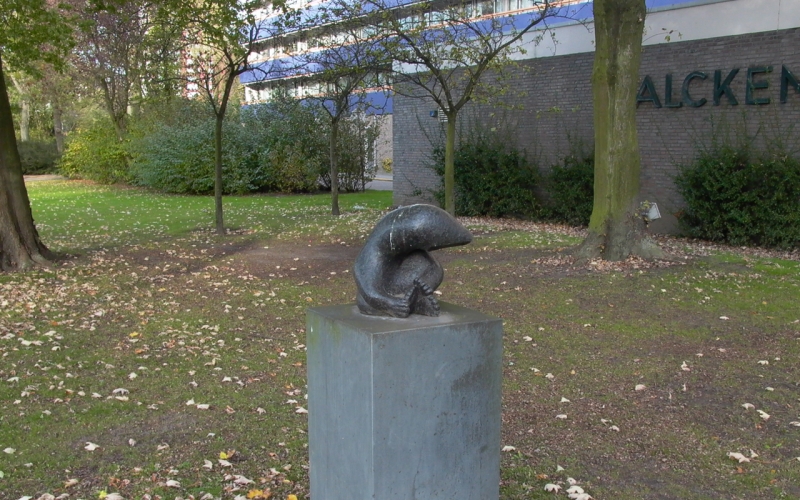 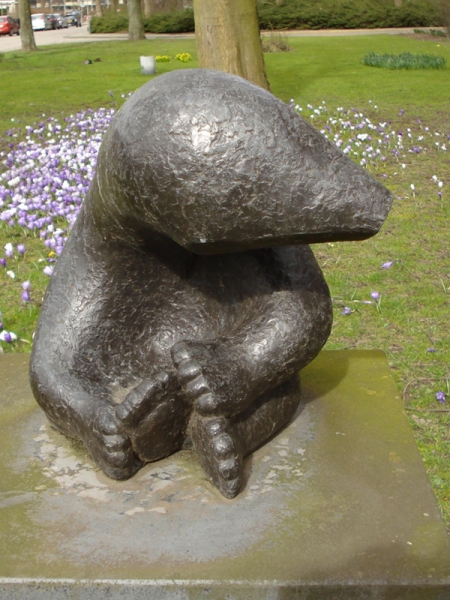 Two statues by Adri Blok have been on this site. Initially stood here De pbulldozer, but this statue was cut off his feet in October 1988 and was never found again. On the initiative of the residents of Pendrecht and those living in the immediate vicinity, it was decided in consultation with the sister of Adri Blok that the template was to be used Little Bear to cast a bronze statue. It Little Bear is stylized and looks to the left while seated over his shoulder. Charlois district commissioned this work of art. It Little Bear was placed in 1993 at a location in the immediate vicinity of the Valckensteyn retirement home. This care center was demolished in the spring of 2012 and because of these activities the statue was removed from its place and put aside. Unfortunately it disappeared during this demolition work; probably it was stolen.