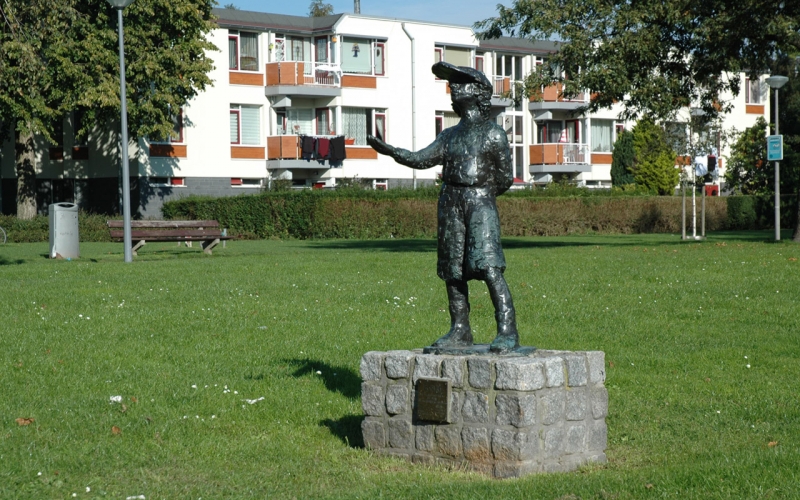 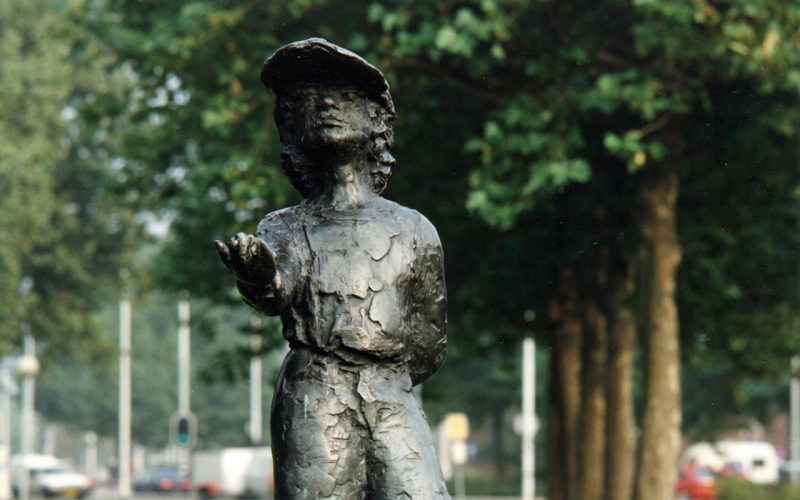 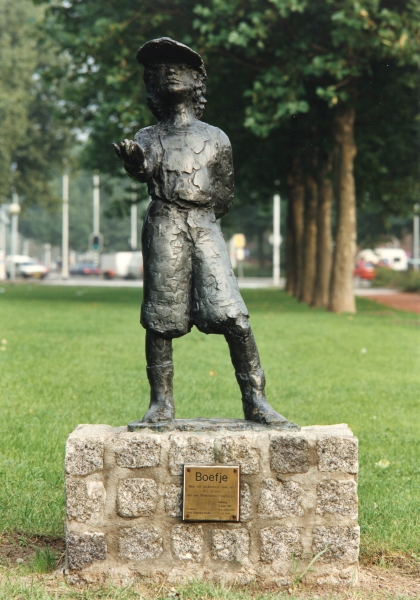 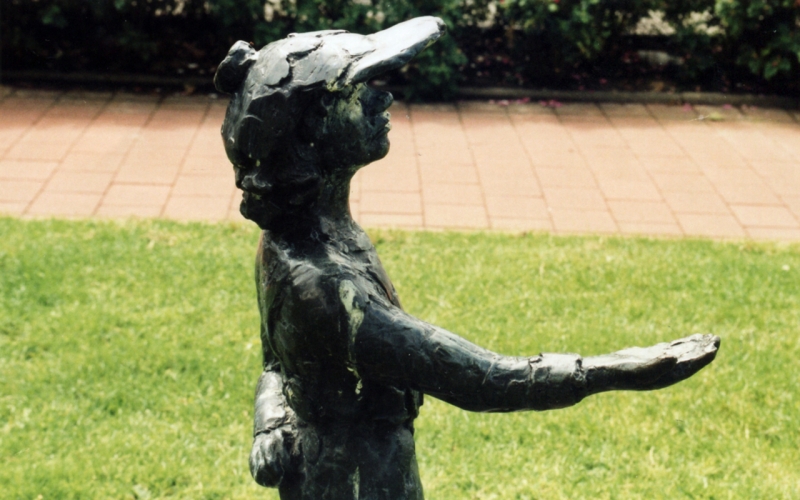 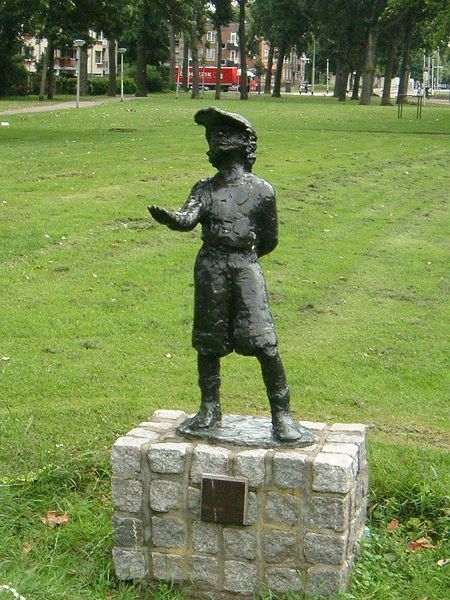 Boefje is a gift from the St. Laurentius Student Association to the Municipality of Rotterdam as part of the association's 13th anniversary in 1979 and was unveiled in 1980 by Mayor André van der Louw. Boefje was chosen as the theme for the anniversary, entitled Boefjemaintiendrai. Around 1900, the boy was thrown into prison all alone in a Rotterdam slum for a minor offense. His experiences are described in the book of the same name by MJ Brusse from 1903 and is thus placed opposite the Brussestraat. The book was also staged as a play in 1923 and made into a film in 1939. Jan Brusse, the author's son, discovered during a walk in 1989 that the statue had no name plate. The figurine has been provided with a nameplate since 1990. Boefje was created by sculptor Tineke Nusink and was part of the Kunstplan Crooswijk to contribute to urban renewal. Kunstplan Crooswijk was a collaboration between the residents' organization, the Urban Renewal Project Office and CBK Rotterdam.

Tineke Nusink (Maassluis, 1951) studied from 1968 to 1974 at the art academy in Rotterdam. She is a sculptor and works mainly figuratively, with a preference for themes such as portraits, human figures and animals (poultry, sheep, dogs). Her figurative images are in public spaces in various Dutch municipalities.