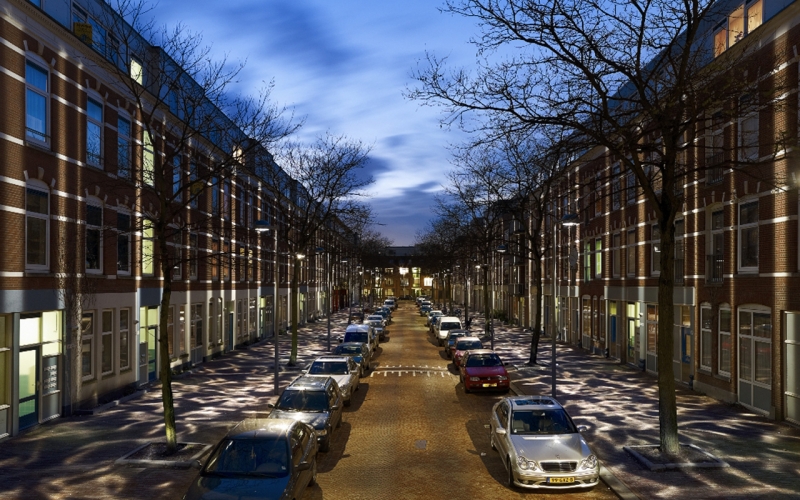 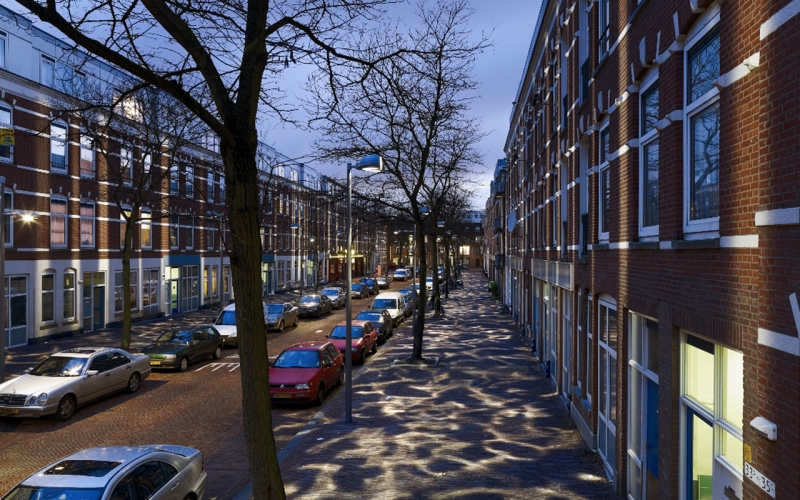 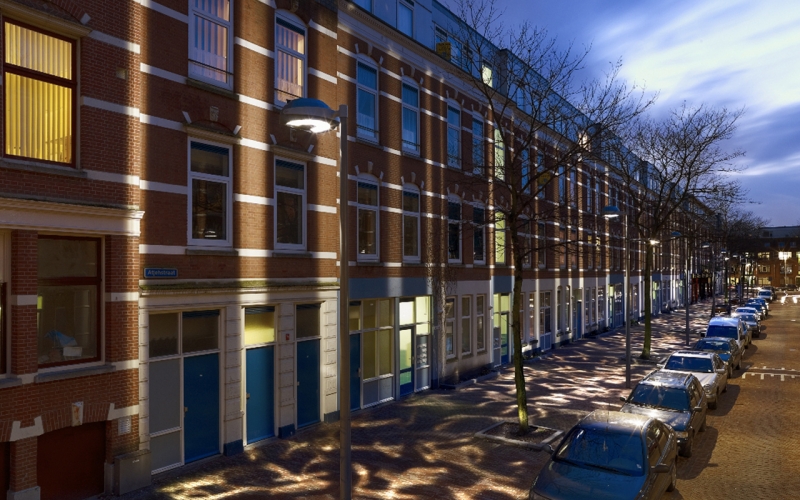 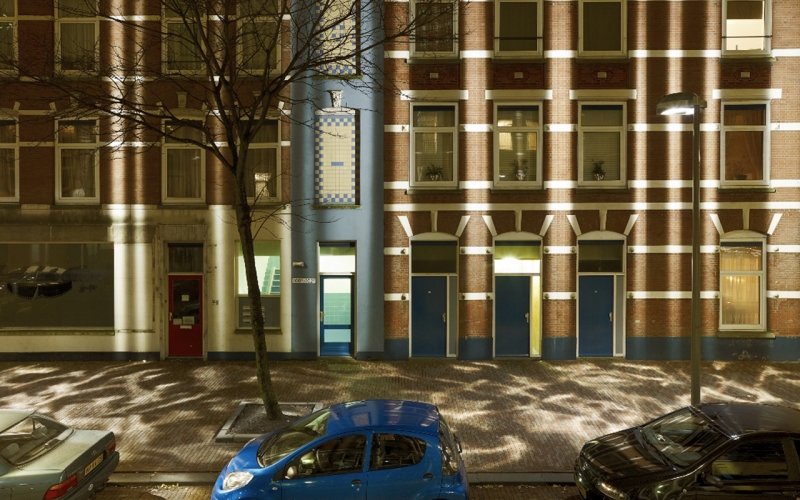 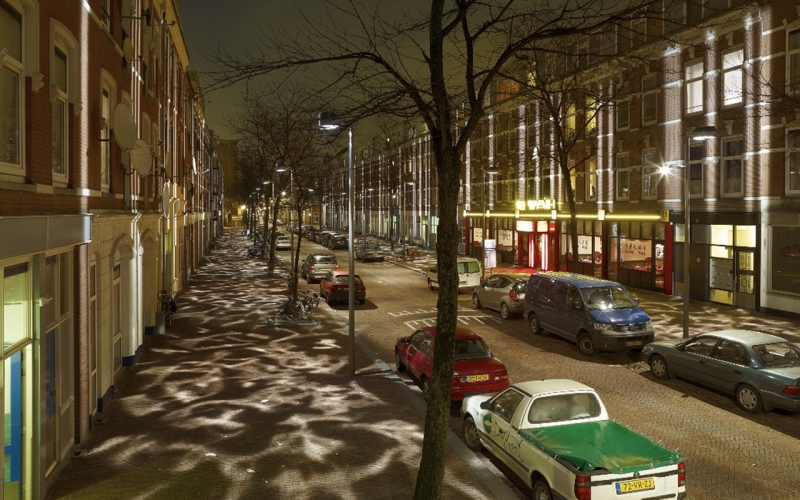 For the first time in the Netherlands, a work of art was made that takes over the public lighting of an entire street. Broken Light is an installation that is invisible during the day, but fills an entire street at night from the sidewalks to the facades. It can be found in the Atjehstraat on Katendrecht. This street was one of the main streets of the peninsula in the last century, but has lost that role. In recent years, the municipality has invested a great deal in new construction on the Maaskade and renovation of the Deliplein, between which this street was a bit ineffective. This was one of the reasons for being prestigious Broken Light in Acehstraat. Lighting designer Rudolf Teunissen created a two-piece work of art. Vertical light paths are projected on the facades and an organic pattern on the sidewalks. The lighting design gives the street a fairytale character. For this unique project, eighteen special luminaires were produced by Max Designers. These fixtures replace regular street lighting. Light in public spaces is a technically complex matter and requires a lot of preparation time. Many parties and financiers were involved in this project, including the district of Feijenoord, Municipal Works Engineering Office, Residential City Rotterdam, the Urban Development and Housing Department, the BKVB Fund, residents of Katendrecht, Marinus van der Voorden, Lens BV and Public Lighting Management. Broken Light originated from DeliLight: a multi-year light study on Katendrecht organized by the artist collective De Player with the support of the CBK Rotterdam and Pact op Zuid. Broken Light was unveiled on an ice-cold November day in 2010 in a crowded street with lots of cake and zopie. Coordinator Peter Fengler thanked dozens of parties who had cooperated, then a snow machine was turned on and Sinterklaas came by as a surprise unveiling act to congratulate the artist. A few more surprises followed in the course of 2011: Broken Light has been cited by various international media outlets and received nominations for international awards. In June it won the Lumiville award 2011 in the 'le Prix de l'espace public' category' (Lyon) and the LAMP Award (Barcelona). Given the young but striking tradition of light art in Rotterdam, Luci had already organized an international symposium in the port city in 2007, and this organization also nominated Broken Light in 2011 as 'best practice' in the 'Social Lighting' category.

Rudolf Teunissen is a lighting designer from Rotterdam. With his company Daglicht & Vorm he develops lighting design, in which daylight and artificial light play an important role. Characteristic of his designs is that he wants to create a new space to be experienced with light.